On 12 December 2019, in Nur-Sultan, on the eve of the Independence Day of Kazakhstan, one of the most important and recognizable buildings of the capital, which is the country's symbol - the Baiterek monument saw the children returned from Iraq to Kazakhstan on 27 November of this year as a result of a humanitarian action, on behalf of the President of the Republic of Kazakhstan, Kassym-Jomart Tokayev, being reunited with close relatives, the Kazakh foreign ministry informs. 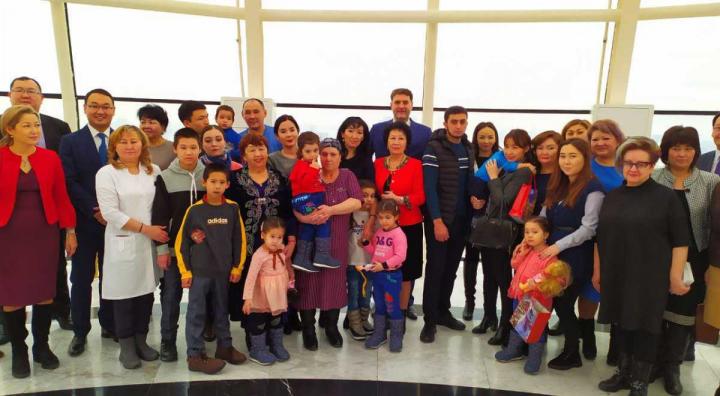 It is very symbolic that on the eve of Independence Day of the country, on the top of Baiterek, the children have reunited with their close relatives.

The children were presented with souvenirs from the Association of Kazakh diplomats and the Mayor of the city of Nur-Sultan.

They are about to be under state control soon, as well as to freely study in general education institutions along with all the children.