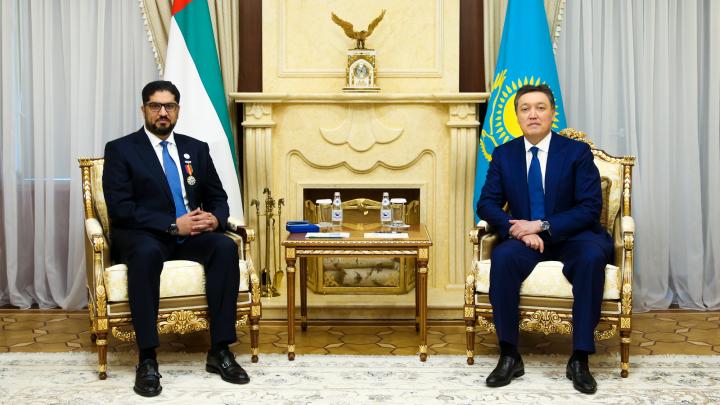 Mamin awarded M. Al-Jaber the Dostyk Order of II degree for his significant contribution to the development of bilateral relations between Kazakhstan and the UAE.

The Prime Minister discussed with the diplomat of the UAE issues of trade, economic, investment, cultural and humanitarian cooperation between the two countries.

The gross inflow of direct foreign investments from the UAE to the Republic of Kazakhstan amounted to USD2.1 billion, from Kazakhstan to the UAE - about USD1 billion.

Kazakhstan has registered 342 joint ventures with the participation of UAE capital. The meeting was attended by Minister of Foreign Affairs of the Republic of Kazakhstan Mukhtar Tleuberdi.