On the eve of the Independence Day of Kazakhstan in the Norwegian city of Stavanger, as part of the Days of Kazakhstan, the screening of the feature film "Amre" took place, the Kazfilm film studio reports. 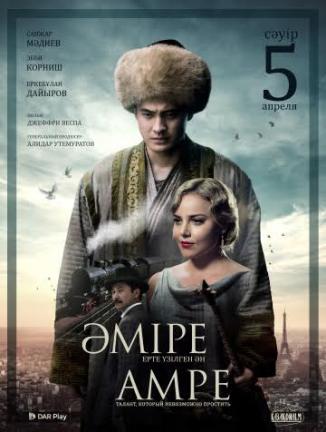 The director of the picture is Jeff Vespa. The biographical tape was shown at the central cinema of Stavanger Odeon Kino by the Kazakh Embassy in the Kingdom of Norway together with the Kazakhfilm film studio named after Shaken Aimanov.

“The film, based on real events, tells about the bright but short and mysteriously broken life of Kazakh nugget Amre Kashaubaev, who first introduced the Kazakh public to the vocal and performing arts of Kazakhs and the national dombra instrument, making a splash at the World Music Competition in the framework of EXPO-1925 in Paris,” Kazakh ambassador Yerkin Akhinzhanov said.

The event gathered many viewers.

“Amre” allows you to get acquainted with Kazakh culture, learn about its unknown and interesting facts that have not been voiced before. The film is about how people from different countries and various political systems can become closer to each other thanks to the phenomenon of music that has no boundaries. At the same time, the film presents a good opportunity to get acquainted with the unique nature of the Kazakh steppes,” one of the many viewers said.

During the event, the presentation of the book of the First President of Kazakhstan - Elbasy Nursultan Nazarbayev "The Epicenter of the World" was also held.