Investments in the agriculture industry have increased by 34% over the year in Kazakhstan, Ranking.kz informs. 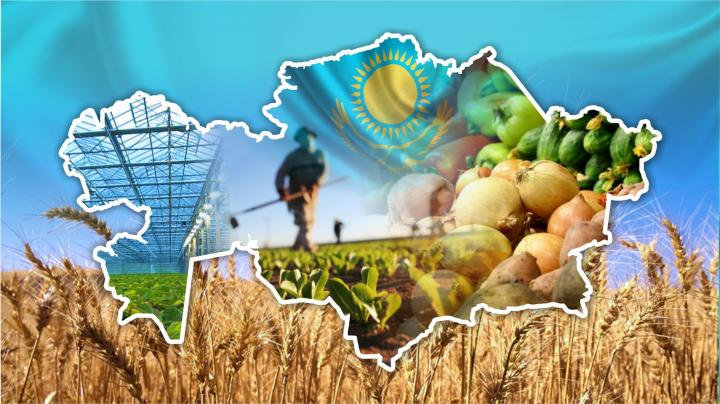 The agro-industrial complex of Kazakhstan is a dynamically developing sector of the economy: over the past five years (2013–2018), agricultural output has grown by an average of 3.3% per year. The country's natural resources and agricultural potential are the basis for the subsequent active development of the State. Together with the introduction of new market support mechanisms and the development of relevant programs for the development of the agricultural sector, this makes the industry very attractive for investors. For example, in early December of this year, a change was announced in the provision of support for the agricultural sector. Innovations correspond to the previously adopted State Agro-Industrial Development Program for 2017–2021.

At the end of 2018, the following target indicators of the State Agro-Industrial Complex Development Program for 2017–2021 were implemented: according to the plan, the index of physical volume of investments in the industry was to be 185% by 2015, the actual value reached 198.1%; the volume index of capital investments in food production in 2018 amounted to 201.9% compared to 2015 with the planned 122%; investments in the food industry amounted to 125.7 billion tenge.

The Government is committed to abandoning food imports and providing domestic demand for domestic products. According to the official information resource of the Prime Minister of Kazakhstan, in order to meet the domestic needs of the country by 2024, it is planned to open industrial dairy farms, poultry farms, apple orchards, construction and modernization of sugar factories. Currently, 113 investment projects worth 4.4 trillion tenge are at the development and implementation stage in the agro-industrial complex.

The main role in achieving the target indicators of the agricultural development strategy was provided by the National Management Holding KazAgro through investment programs aimed at financing high-tech projects in the industry. At the end of 2018, the investment portfolio of the subsidiaries of the holding company consisted of 672 projects with a total value of 504.9 billion tenge. Since 2007, 647 projects were commissioned with a total value of 482.6 billion tenge. In 2018, 115 projects were launched worth 147.8 billion tenge - 3.7 times more compared to 2017 in quantity and 4 times in value.

Among the subsidiary organizations of the Holding in the field of agricultural support, the main role is played by the Agrarian Credit Corporation (ACC). In order to stimulate the growth of domestic food producers in 2018, the corporation funded 86 projects totaling 54.9 billion tenge. The largest amount fell on the development of greenhouse complexes - 14.3 billion tenge or 16 projects. The three most supported areas also included dairy farms (9.6 billion tenge, 13 projects) and meat production and processing (6.8 billion tenge, 7 projects).

In addition, the ACC funds investment projects through second-tier banks. The largest investment project funded by the corporation by funding the second-tier banks for 2018 is Green Capital Kazakhstan - 5.1 billion tenge. Financing was made as part of the Agroexport program at 8% per annum for a period of 10 years. The aim of the project is the construction of a greenhouse complex using fifth-generation technologies on 6.7 hectares in the city of Aktobe. The project was put into operation in December 2018, at the same time the company conducted a sowing campaign on an area of ​​5 hectares. Since April 2019, harvesting has been carried out. The total project cost is 7.1 billion tenge. The project capacity is 4 thousand tons of tomatoes per year. More than 60 jobs were created.

One of the largest projects is BayanSulu. The amount of investment in the project amounted to 4 billion tenge under the Agribusiness program. The funds were used to purchase raw materials for further processing. The company is one of the largest confectionery enterprises in the country.

The ACC’s assistance in technological modernization in priority sectors and increased labor productivity in the agricultural sector will lead to an increase in the production of domestic food products. In 2019, the number of investment projects, including those should be at least 111, and by 2026 - 136.