A look back on a year of pandemic

A year into the pandemic, the world is still reeling from its consequences. This is a good chance to recall what the year 2020 has been for Kazakhstan and how the pandemic affected the country and its citizens, reports a Strategy2050.kz correspondent. 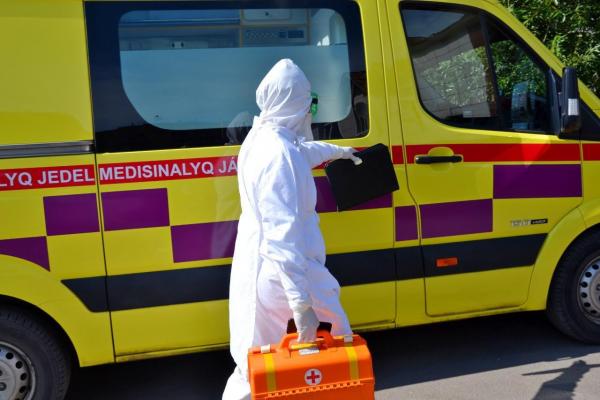 From the first news about an unknown virus spreading in China’s Hubei province in December 2019 to a major restructuring of the global economy and change in the lives of millions of people - the impact of the coronavirus pandemic is still hard to assess.

The World Health Organization’s office in China was informed of cases of pneumonia with unknown cause on December 31, 2019, reported in Wuhan city in Hubei province. As of January 3, 2020, the number of patients with unknown pneumonia amounted to 44, including 11 who were severely ill.

On January 11, Chinese authorities reported the first death from an unknown virus, when it had not yet been known that it could spread by humans. In such an interconnected world, as it had been then, the virus already spread to the rest of the world.

By the end of January 2020, the first cases outside China were reported in Japan, South Korea, Thailand, and the United States.

On January 30, the WHO declared a “public health emergency of international concern over the global outbreak of novel coronavirus.”

A year of the pandemic in Kazakhstan

The first coronavirus cases were registered in Kazakhstan on March 13, with two citizens of Kazakhstan arriving in Almaty from Germany with positive Covid-19.

Three days later, on March 16, Kazakhstan declared the state of emergency, for the first time in the history of the country, to address the emergence of the virus.

The state of emergency that was initially scheduled to end April 15 was then extended until May 11.

The period of the state of emergency that witnessed a rising number of cases lasted through May 11 with stringent lockdown in place. All non-essential businesses were closed, and citizens were not allowed to go outside, except for groceries and pharmacy.

Thousands of flights were cancelled with the airline industry still bearing the consequences.

Schoolchildren and students were sent home for distance learning that revealed its own difficulties.

Everything that was happening back then was for the first time for millions of people around the globe.

"Exactly one year ago the WHO announced the beginning of the pandemic. During this time, Kazakhstan, like the rest of the world, has gone through many difficulties. The state has taken drastic measures to protect the lives and health of citizens," wrote Kazakh President Kassym-Jomart Tokayev on his Twitter.

Over the period of the state of emergency, Kazakhstan provided financial assistance to citizens whose jobs were suspended due to coronavirus restrictions.

It also provided support to businesses introducing tax exemptions, and loan deferrals, as many had to close due to the outbreak.

To address the continued surge in cases, the nation had been in second nationwide lockdown from July until mid-August.

Starting from August, Kazakhstan began to record coronavirus pneumonia cases that showed coronavirus symptoms but were not clinically confirmed as Covid-19.

“To provide timely medical care in urban areas, 16 modular hospitals have been built and three infectious disease hospitals have been renovated, and 63 outpatient clinics have been put into operation. Measures have been taken to provide the citizens with medicines and medical devices,” said Kazakh Healthcare Minister Alexey Tsoy at an expanded meeting of the ministry.

64 oxygen stations have been put into operation and the need of medical institutions for medical ventilation devices has been fully covered, he said.

Overall, the coronavirus pandemic also made the country invest more in the healthcare sector. The nation invested 302.5 billion tenge in the sector last year compared to 124.6 billion tenge in 2019.

“I would like to emphasize the heroism and dedication of all doctors, nurses, practitioners, ambulance crews, laboratory specialists and epidemiologists in the fight against an unknown virus, despite the risks of infection,” said Tsoy.

Over the past three days, Kazakhstan has been registering more than 1,000 new cased daily. As of March 15, the number of confirmed cases reached 224,731, and 2,856 people died from coronavirus.

19,129 people continue receiving treatment from Covid-19, including 4,086 coronavirus pneumonia patients. 231 patients are severely ill, and 38 patients depend upon medical ventilators.

The officials remain cautious about the epidemiological situation in the country and urge the citizens to remain vigilant and practice preventive measures, particularly ahead of the upcoming Nauryz holidays on March 22.

The ministry has been categorizing the regions into three zones - red, yellow and green that subsequently shape the level of restrictions across the regions. It depends on two main factors - R0 value, which refers to the number of people one person with Covid-19 may infect, and the incidence rate per 100,000 of the population over the seven days.

The matrix of the epidemiological situation is updated daily by the ministry’s National Center of Healthcare.

As Kazakhstan’s two major cities have remained in the red zone, the city officials introduced restrictions to address the surge in cases and to prevent a potential spike ahead of the Nauryz holidays.

In Almaty, mass gatherings, including forums, conferences and events, remain prohibited. Restrictions on bus and car travel to the city were also introduced.  Closed-door markets, trade malls and gyms will be closed on weekends.

Cafes and restaurants will be working from 9 a.m. until 8 p.m.

Nauryz celebrations were banned in Kazakhstan to prevent crowds in public places.

“In the case of non-compliance with these recommendations and increased social contacts during the holidays, the coronavirus situation is likely to become worse and the number of cases will spike. As a consequence, the load of infectious disease hospitals will be increased and quarantine measures in enterprises and organizations will be tightened,” said Deputy Head of Almaty’s Department for Sanitary and Epidemiological Control Assel Kalykova.

She said it is in the common interest to avoid the worsening of the situation and therefore called on citizens to limit social contacts and observe sanitary measures.

The second phase of vaccination ongoing

Mass vaccination has been ongoing in Kazakhstan since February 1. Currently, it is in a second phase targeting police officers, teachers, professors and other medical workers, who have been vaccinated as part of the first priority group.

Vaccination is carried out on a voluntary basis. No serious side effects have been reported.

Currently, Kazakhstan uses Russia’s Sputnik V vaccine produced at the Karaganda pharmaceutical plant. It has also been developing its own vaccine.

“The use of a locally produced vaccine, QazCovid-in, developed by the Kazakh Research Institute for Biological Safety Problems is also expected in April. Having our own developers, and local facilities for vaccine production presents an opportunity to minimize the risks associated with vaccine supply and influence the stabilization of the epidemiological situation in our country,” said Alexey Tsoy.

The nation plans to immunize up to 3 million citizens by the end of 2021.

Tsoy said the outbreak of the pandemic has taught the world a lesson and made people “reevaluate their priorities and values.”

“The healthcare system has been put to a tremendous test. But thanks to the special attention of the head of state and the government, it has undergone a major infrastructure upgrade and provided unprecedented support measures for healthcare workers,” Tsoy concluded.