It is necessary to develop a new mechanism that will dramatically improve the quality of planning and implementation of the program "Ak Bulak", First Deputy Prime Minister, Minister of Regional Development Bakytzhan Sagintayev told a board meeting on the results of the ministry's work in the I half of 2013. 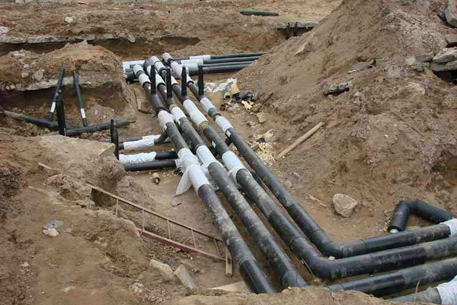 "I instruct the Ministry of Regional Development to develop a new mechanism that will significantly improve the quality of planning and implementation of the program," he said.

The Deputy Prime Minister said that the program coordination measures were ineffective.

"We analyzed each region, each locality: how money is allocated. I will give an example: 87 million tenge was spent for the reconstruction of the sewerage system in Almaty region, but the district akimat did not issue a decision on allotment of land for the project, as the land is owned by a private owner. The money was spent. The owner of land does not permit to continue work," Sagintayev said.

Also, according to him, 77 million tenge was allocated for the construction of distribution networks in the village of Aktas in South Kazakhstan region.

"However, they were built before commissioning of a water main. Money was spent, and there is no water," he added.

In addition, the Minister of Regional Development cited the example of the situation around the construction of a water main in Pavlodar region.

He stressed that the issue will be coordinated together with the Ministry of Environmental Protection.