Issues of information technologies’ usage were discussed during the meeting of representatives of the Kazakh-Russian Treasuries within the official visit of the Treasury of Russia to Kazakhstan. 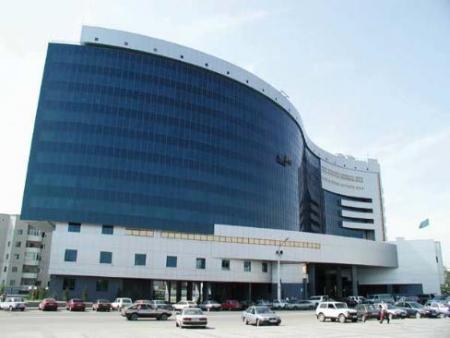 The Russian delegation of treasurers is led by the head of the Federal Treasury of Russia, Roman Artyuhin.

The treasurers of Kazakhstan and Russia discussed the use of informational technology in treasury operations, advantages and achievements of remote control of the actions of the territorial units, the introduction of accounting in public institutions on an accrual basis and composition of financial reporting during the meetings and project presentations of the Treasury of Kazakhstan.

The chairman of the Treasury Committee of MF RK R.Beketaev noted that the most difficult issue that was resolved and implemented by the Treasury at the beginning was the opening a Treasury Single Account (TSA) in the National Bank. Due to the mechanism of making payments through TSA developed by the Treasury, the state budget is monitored daily: revenues, expenditures, cash balance by regions and in the country as a whole.

Today the information system "Treasury-client" is fully implemented in public institutions, which allows them to process financial documents online. Currently, more than 13,000 government agencies are served online through the IS "Treasury-client" in the territorial divisions of the Treasury.

The treasury system allows serving over 13-thousand government agencies, more than 5 thousand accounts and about 3.5 thousand users of the Treasury in real time.

Since July 2013 the Treasury bodies started opening and maintaining the accounts of local government.

In 2014 the Treasury Committee of MF RK is planning to form the consolidated financial statements of the local budget institutions.

Roman Artyuhin gave positive evaluation to the work of his colleagues: "The treasury of Kazakhstan - is a growing financial institution, which is the framework of information for the effective management of public finances at all levels, with strict control of the procedures of budget execution."