Head of State in on visit to Karaganda region

In a working visit to Karaganda region, Head of State Kassym-Jomart Tokayev has visited the Saryarka special economic zone and the Alfarukh logistics center, the Akorda press service informs. 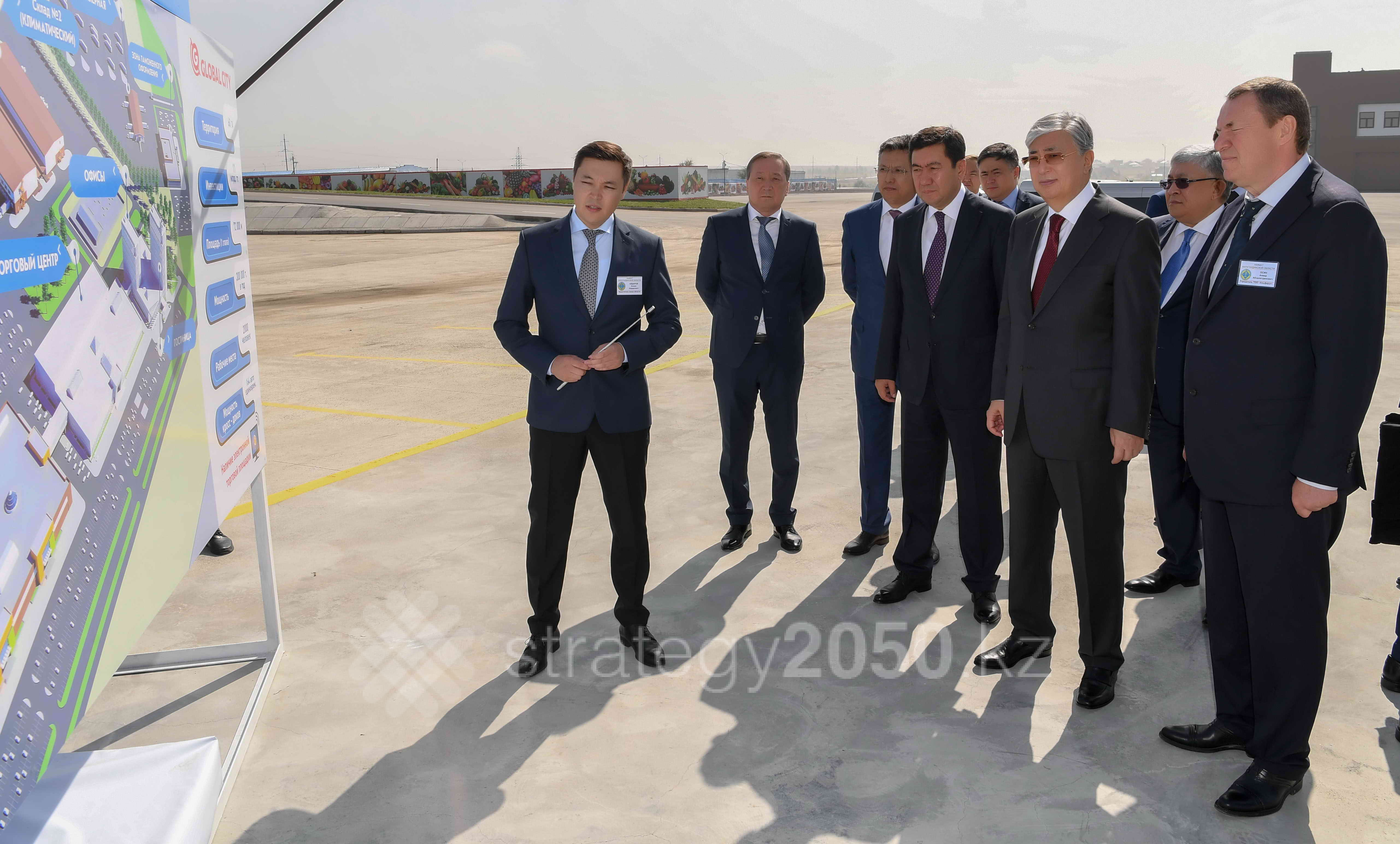 The visit has started with a tour around Bemer Armatura LLP, the one-of-the-kind enterprise in Central Asia manufacturing spherical stop valves under German technology relevant to the oil and gas sector and public utilities. 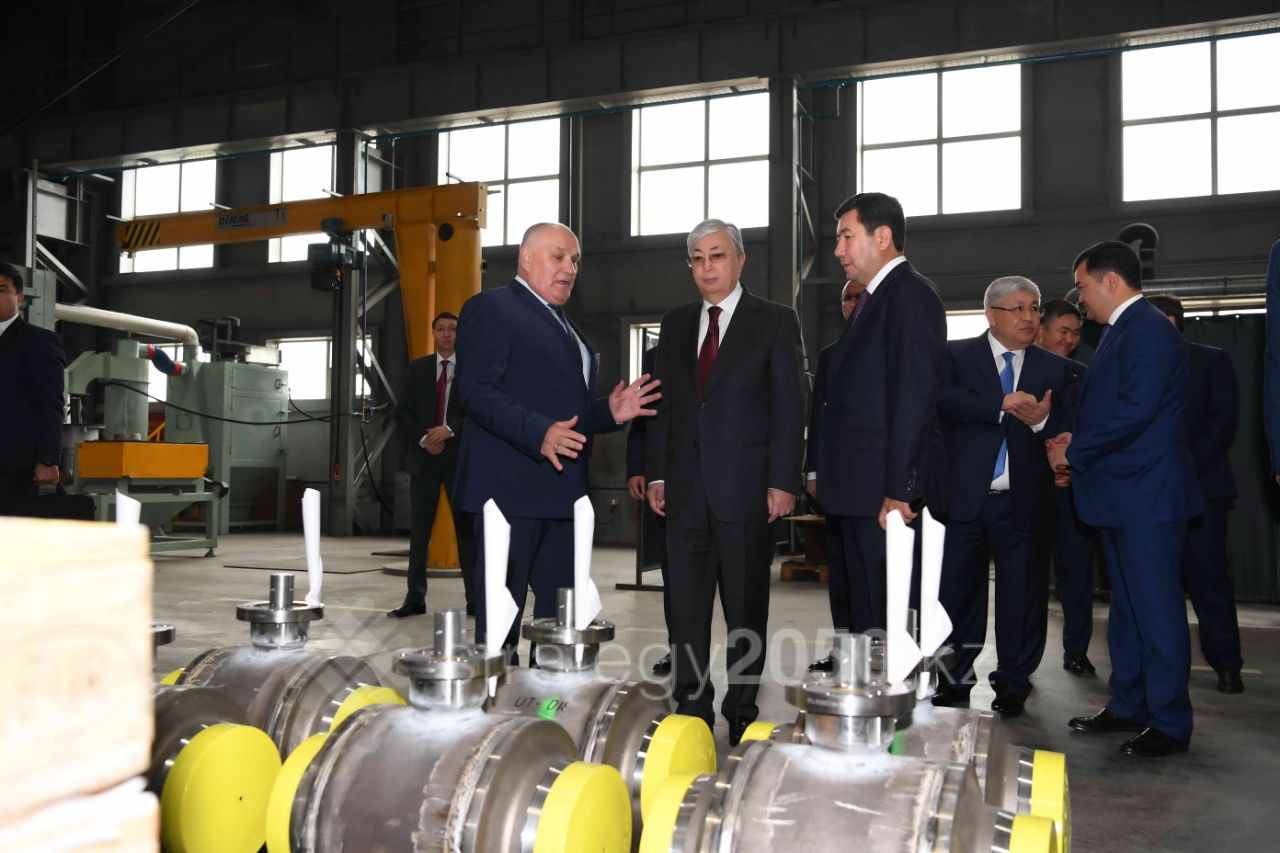 The next destination was the first Kazakh plant recycling old vehicles Recycling Company LLP, where the President’s attention was caught by the melting plant and its shredder, enabling to process up to 50 thousand cars per year. A complex approach towards collecting and recycling the cars will allow refreshing the country’s vehicle fleet and improving the environment.

While touring the collection assessment center Alfarukh, Kassym-Jomart Tokayev got familiarized with the cross-dock, the climate warehouse and wholesale and retail center. The President emphasized the importance to expand the transit and logistics capacities of the facility and the need to apply Karaganda’s experience in other regions. 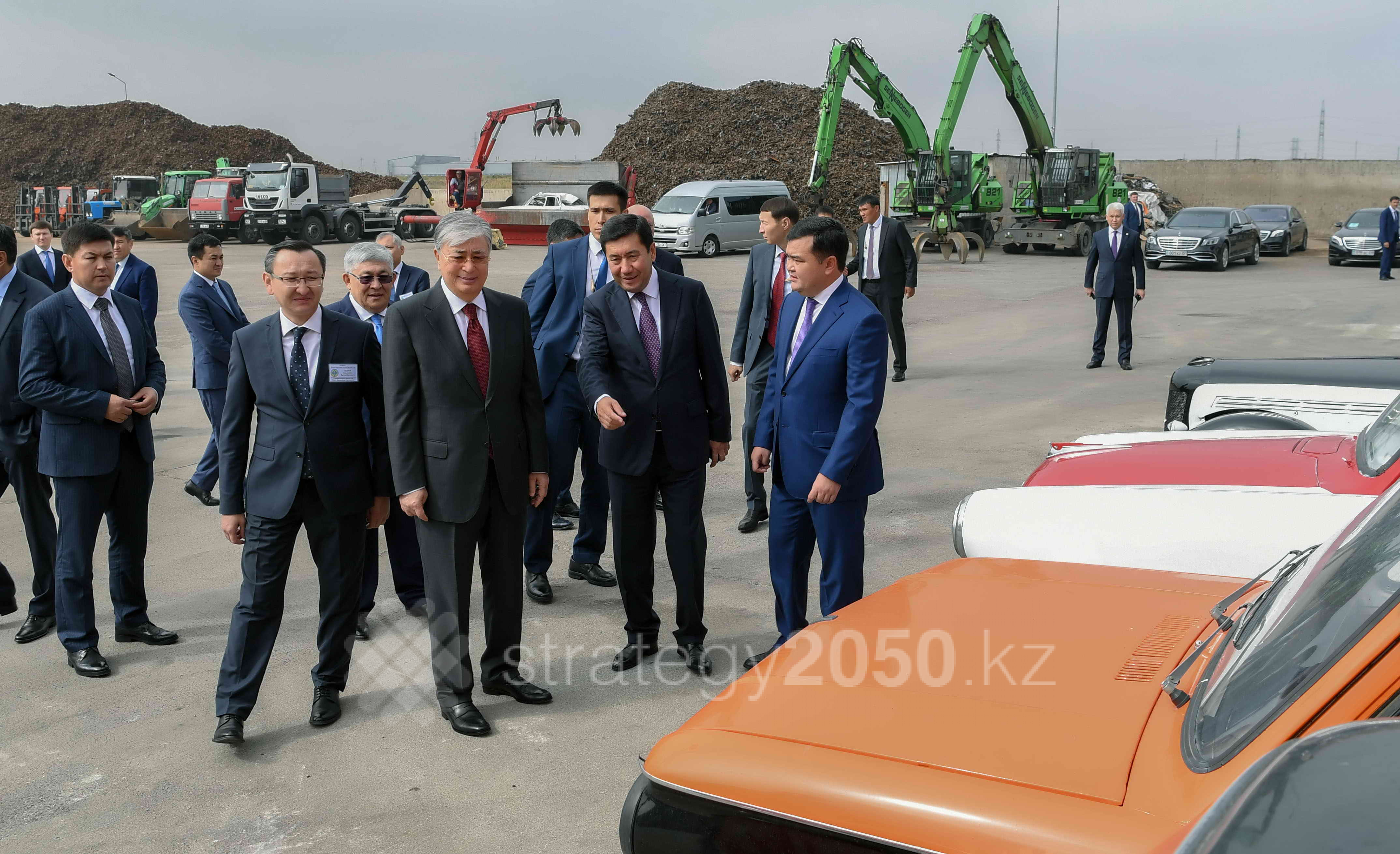 The President also has been presented on the construction in Karaganda, with the new architectural solutions to reshape the region’s center on display. The region’s Governor Yerlan Koshanov reported in housing construction, social facilities, and sports constructions designed to form Karaganda’s new center. 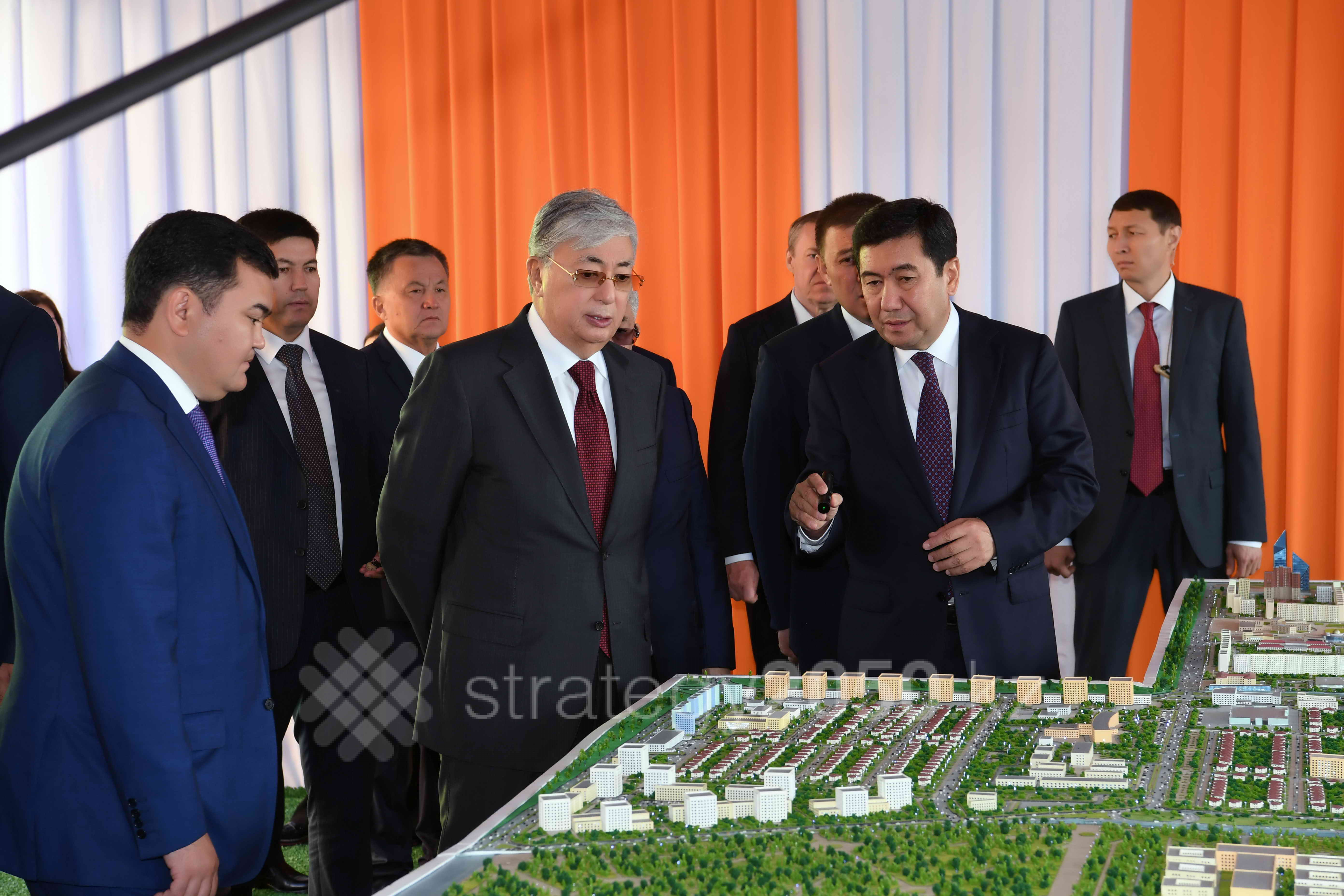 Kassym-Jomart Tokayev also visited the new children’s polyclinic nearby one of the remote districts of the region’s center – Prishakhtinsk, built to hold 300 visits during a shift. 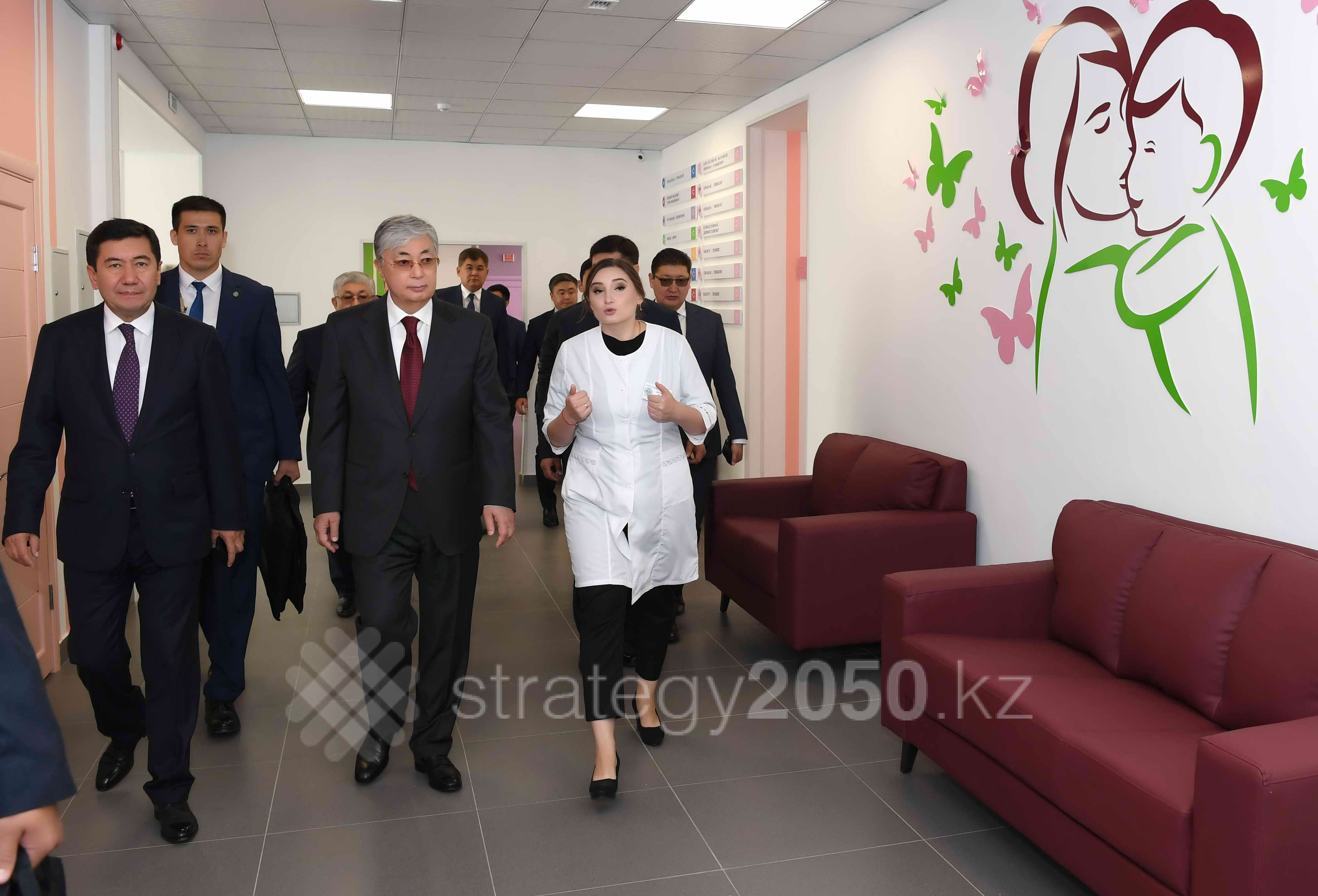 The Head of State toured the polyclinic’s rooms, examined the modern equipment  and talked to the doctors, where the President was briefed on the region’s readiness to introduce obligatory social health insurance.