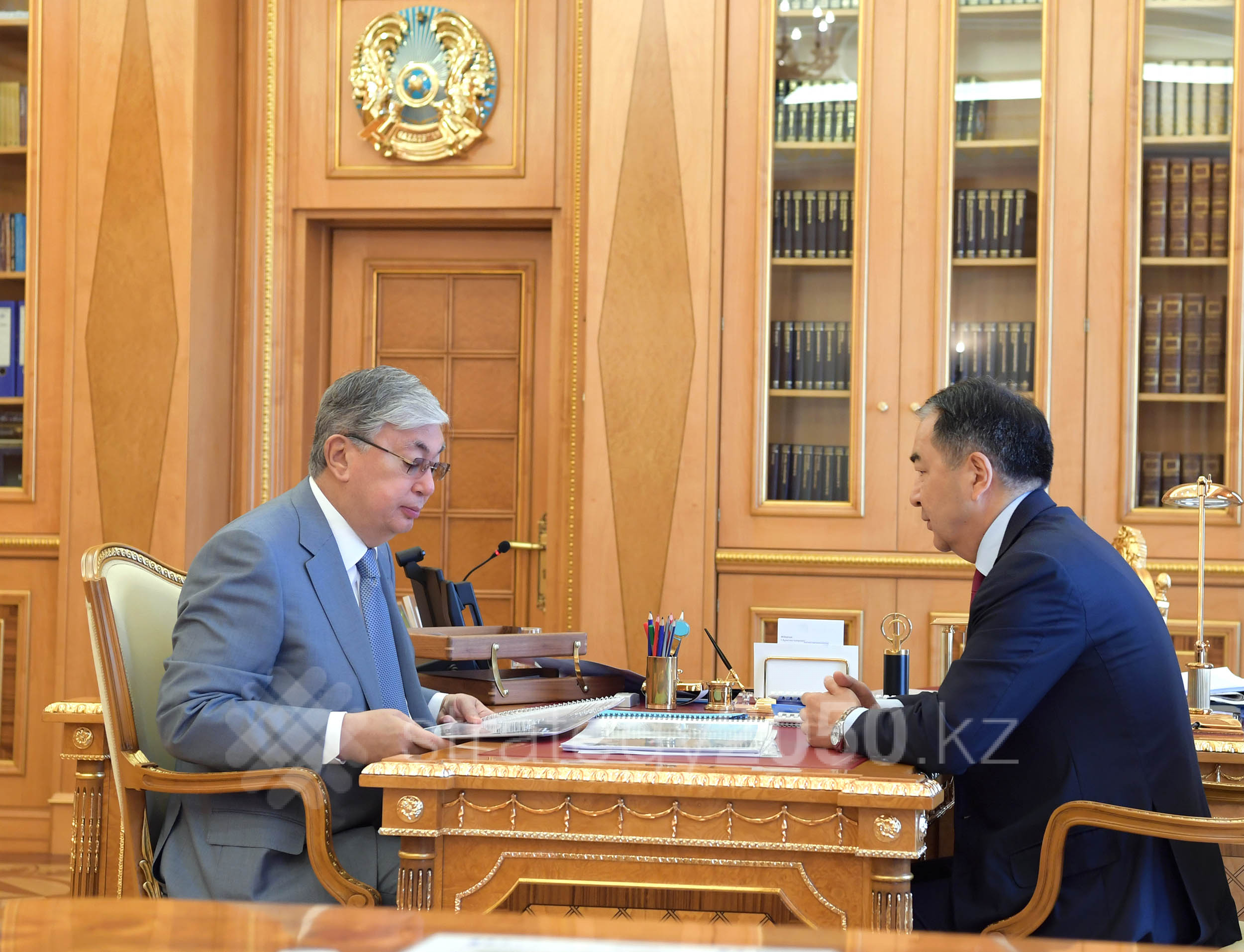 Almaty’s Mayor Bakytzhan Sagintayev briefed on the social and economic development of Almaty and on progress in the implementation of the tasks given by the Kassym-Jomart Tokayev at the expanded Government session.

The Kazakh President noted a high significance of improving the quality of the city’s infrastructure, strengthening the public safety, developing the transport system, medicine and education as well as the so-called “hearing State” concept’s active realization.

At the end of the meeting, Kassym-Jomart Tokayev gave specific tasks towards preparing for the upcoming academic year, providing quality medical services to the people and tackling pressing issues of the city.