President Tokayev: Nur Otan should be open and accessible to citizens 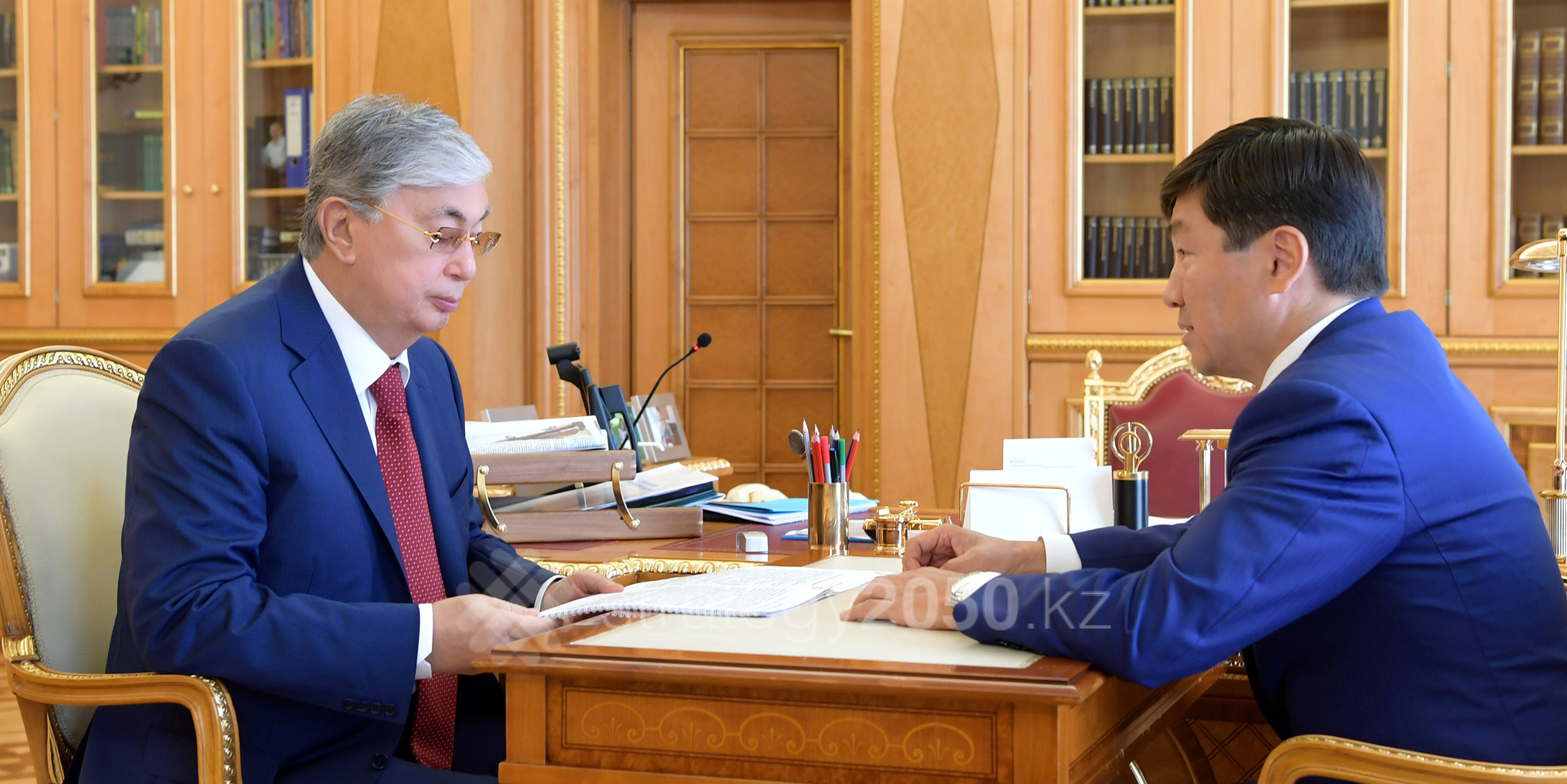 Kassym-Jomart Tokayev was briefed about the current state of the Nur Otan party, the ongoing work carried out to upgrade the mechanisms for interacting with government bodies and ensuring joint work with the President’s Office.

Baurzhan Baibek reported on the outcomes of the visits to the regions, the party’s efforts on strengthening the work with grass-roots party organizations and cleansing the party.

The First Deputy Chairman informed on the discontinuation of the public coalition of democratic forces and the plans on institutionalized participation by the party in the National Public Trust Board.

The head of state stressed the importance to strengthen feedback from the population, and called on Nur Otan members to actively participate in the country’s life and be close to the people.

“The party should be open and accessible to citizens, effectively protect the interests of the population, timely identify and bring public demands to the population. The party’s public reception units closely with the virtual reception of the President should turn into a real mechanism for resolving people’s problems,” Kassym-Jomart Tokayev said.

While meeting with Mayor of Nur-Sultan Altai Kulginov, the Kazakh President was presented the information on the social and economic development of the capital for the first half of 2019.

Kassym-Jomart Tokayev gave instructions to the mayor to speed up the construction of the city’s facilities, to build affordable housing, upgrade investment attraction work and create new jobs and raise the wellbeing of low-income families.