How official visit of Kazakh Foreign Minister to US was held?

1-2 July this year Kazakh Foreign Minister, Beibut Atamkulov, was on an official visit to the United States at the personal invitation of US Secretary of State Mike Pompeo just before Diplomatic Service Day in Kazakhstan and Independence Day in the USA. The two-day visit is in tune with President Tokayev's idea on the constructive, balanced and multidirectional foreign affairs of Kazakhstan. Read more about the way how Kazakh Foreign Minister's official visit to the USA was held. 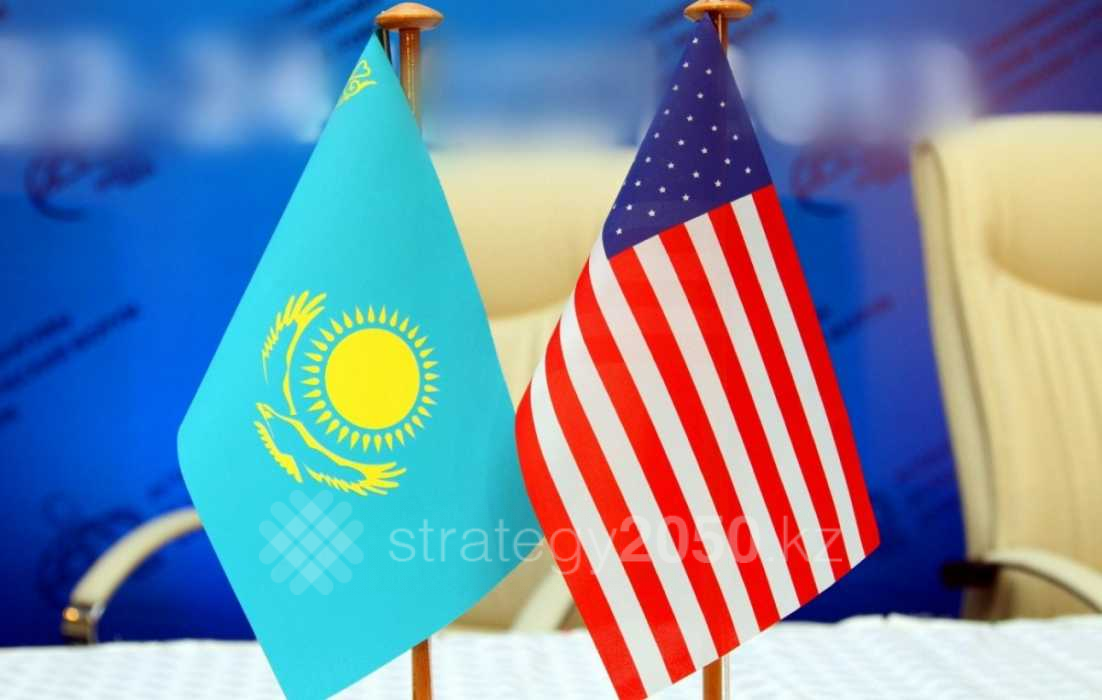 What was in focus?

Meetings with senior officials, businesspersons and experts centered on the enhanced strategic partnership, as well as the political, trade, economic and cultural cooperation. Since the high dynamic in U.S. foreign direct investment over the past few years, with FDI of 5.3 billion dollars in 2018, up by 44.7 per cent compared in 2017 (3.6 billion US dollars), the sides also discussed business relations development.

Both countries share a long-standing trade and economic partnership and trade turnover of 2.3 billion US dollars in 2018.

Given America’s lead in innovation and new technology, Kazakhstan is keen on attracting the best practices and knowledge in this area.

The countries have established the bilateral cooperation with complete trust and mutual understanding, further reaching the enhanced strategic partnership during the January 2018 official visit by First Kazakh President – Leader of the Nation Nursultan Nazarbayev to Washington.

The United States is a key investment partner of Kazakhstan

With over 47 billion US dollars invested by the United States in Kazakhstan throughout the years of independence, the USA remains a major investment partner of Kazakhstan.

The 3rd annual Kazakhstan-US Business Forum "Competitive Kazakhstan" was organized late May this year by the Kazakh Foreign Ministry, bringing together the heads of ministries of foreign affairs, agriculture, health, and others and the heads of 28 major U.S. companies, including Coca Cola, Gilead, HP, Microsoft, Valley Irrigation.

The forum saw the Kazakh Government’s steps for further business environment enhancement, including a single ecosystem to engage with foreign investors, as well as for implementation of the state programs focused on modernizing, diversifying and digitalizing the domestic economy.

So far, projects in mining, engineering, manufacturing, and in other areas have been implemented by American investors.

Chevron worked on a project for a pipe fittings plant in Atyrau region, producing new long life-span valves and fittings.

Upon the meeting with the U.S.-Kazakhstan Business Association and the CEOs of major U.S. companies and corporations, Kazakh Foreign Minister Beibut Atamkulov informed the U.S. business community on the recent events taken place in Kazakhstan.

“Our country held the presidential election. We ensured the peaceful transfer of power fully in line with the Constitution. This provided economic partners and investors with guarantees of the stability and successful development of Kazakhstan”, the Minister said.

Kazakhstan welcomes American companies’ interest and looks forward to expanding the long-term presence of American businesses as the country seeks to export goods and services with high added value to international markets.

Daniel Witt, President of the International Tax and Investment Center, after his visit to Kazakhstan as an independent election observer, pointed to the significant progress towards the free and fair election.

"Overall the election was in a very transparent manner. There was no power transfer to a certain successor, it is, in fact, a full scale election for the people to demonstrate their will and choose the President", Daniel Witt said.

The United States' experience in and capital for major high tech projects in processing and manufacturing industries, infrastructure development, agriculture, communications and IT meet President Tokayev's policy towards economy diversification.

In a meeting with Trevor Gunn, Vice President of Medtronic, the Kazakh Foreign Minister pointed out the priorities of healthcare modernization, including primary health care, digitalization and the prompt roll-out of innovative and effective methods to diagnose and treat diseases. Positive cooperation in equipment supplies and personnel training was marked, with Kazakhstan confirming its interest in reaching out for latest medical technology.

The talks with Rick Johnston, Senior Vice President of the Citi Group, highlighted the Group's long-standing support for Kazakhstan's integration into the global financial space and international investment attraction. Citi is a large western investor in Kazakhstan's non-primary sector and so far has been a reliable corporate bank for many international corporations in Kazakhstan.

The ExxonMobil Corporation continues developing the oil industry of Kazakhstan and occupying a key role in hydrocarbon production.

Kazakhstan is looking forward to further strengthening the cooperation with U.S. companies as well as attracting American investments and modern-day technologies to apply in constructing petrochemical enterprises.

"We commend the company's successful job done on the projects for Tengiz and Kashagan fields' development. These projects are of importance to the country. Kazakhstan is interested in the full-scale development of Kashagan and oil production increase", the Minister stated.

In 2018, the countries held more than 30 joint economic events. Among the fruitful ones were the October 2018 visit of the U.S. Certified Trade Mission led by U.S. Secretary of Commerce Wilboro Ross to Nur-Sultan, the Investment Conference in Kazakhstan hosted by the headquarters of the Council on Foreign Relations (CFR) in New York last fall.

Meeting with US Secretary of State

During the meetings, the sides discussed key issues on the bilateral agenda and the implementation of the agreements reached by Nursultan Nazarbayev and Donald Trump in January 2018.

The US representatives welcomed the results of the extraordinary presidential elections in Kazakhstan and expressed their readiness for further development of cooperation across the entire spectrum of Kazakhstan-US relations.

B. Atamkulov handed letters of N. Nazarbayev and President K. Tokayev addressed to head of the White House D. Trump on the occasion of the upcoming 243rd Independence Day.

During the talks, the American side expressed support for the program of socio-economic and political transformations of President K. Tokayev and readiness to provide the necessary assistance in implementing the planned reforms.

Discussing the economic agenda of bilateral relations, the parties noted the high level of trade and investment interaction between Kazakhstan and the United States despite the difficulties in the global economy. During 2018, the main indicators of economic cooperation showed a significant increase, the trade turnover grew by more than a third, while the inflow of American investments increased by almost half.

During the meeting at the White House, J. Bolton stressed the importance that the US attaches to the expanded strategic partnership with Kazakhstan. The parties confirmed their intention to continue the qualitative implementation of the existing agreements and plans, and also had a thorough exchange of views on topical issues of the regional and international agenda.

The sides discussed joint efforts of the two states to combat international terrorism, ensure regional security, stabilize the situation in Afghanistan and other international issues. The sides agreed to continue joint efforts to ensure the sustainable development of Afghanistan through the implementation of socio-economic and humanitarian projects both bilaterally and within multilateral platforms.

The American side highly appreciated the success of the implementation of the Kazakhstani operation “Zhusan”, in which Kazakhstan managed to return about 600 of its citizens from the combat zones in Syria. Secretary of State M. Pompeo called the actions of Kazakhstan a real contribution to countering international terrorism and an example for the rest of the world. Kazakhstan and the United States will continue to cooperate on de-radicalization and effective re-socialization of returned citizens.

Special attention was paid to the importance of the further development of the regional platform "C5 + 1" between the states of Central Asia and the USA.