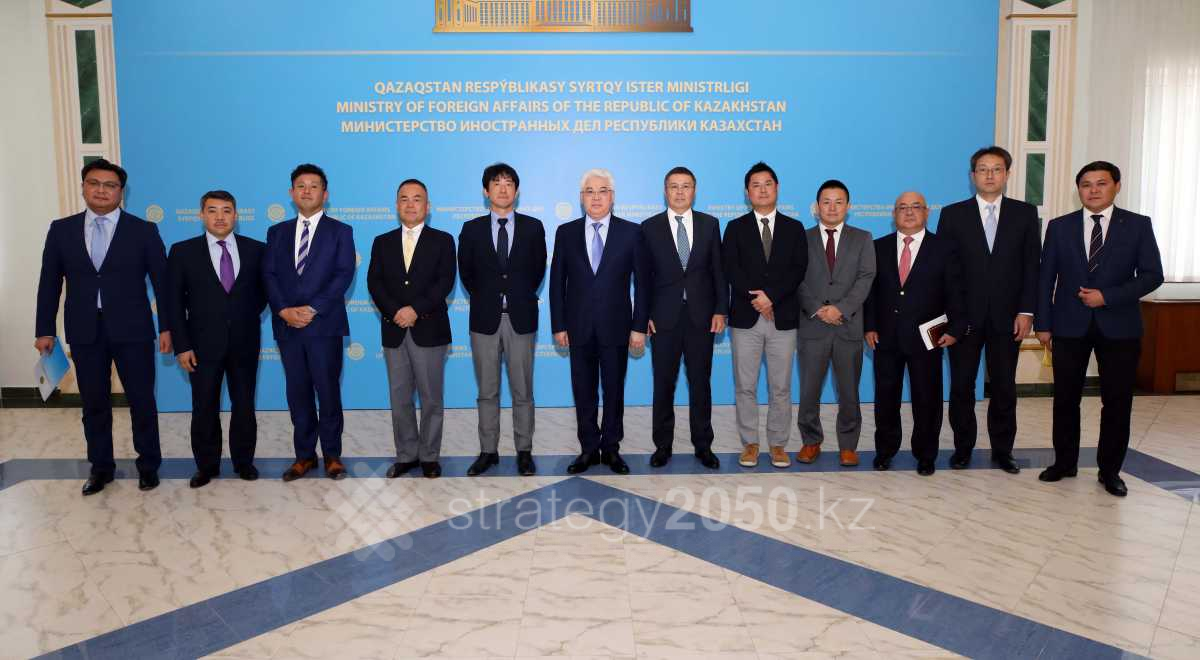 Kazakhstan has close trade and economic relations with Japan and China as both retain to be Kazakhstan’s key partners in the eastern subregion of Asia. Two east Asian countries keep on investing in the Kazakh economy thus boosting manufacturing, creating jobs. For more, read the article below.

Over 70 enterprises with Japan’s capital operate in Kazakhstan

The 26 June 2019 meeting in Nur-Sultan between the Kazakh Foreign Ministry and the big Japanese corporations, which have a stake in joint-venture projects, prompted Japan’s companies to examine business environments and economic capacities of the regions of Kazakhstan.

Commendations were received as the Japanese businesspeople spoke of the potential of the trade and investment cooperation between the two States and looked forward to productive interaction with the Ministry of Foreign Affairs in supporting foreign investors.

The Japanese investors, planning to install a rebar plant in Atyrau region, toured the construction site and observed the industrial petrochemical technopark.

The meeting took place with Chinese corporation Aiju that has been supplying the Chinese market with cooking oil and flour made in Kazakhstan.

The industrial-investment cooperation is a new driver designed to maintain the sustainability of Kazakh-Chinese partnership.

The investors were introduced to the efforts towards investment climate enhancement and entrepreneurship legislation liberalization. Note was taken of Kazakhstan’s direct investment fund, which implements large, breakthrough projects in the non-primary sector and operates on the principle of co-investment with foreign investors.

China remains one of the large foreign trade partners of Kazakhstan with the share of 15,7% (11.7 billion US dollars, including Kazakhstan’s exports of 6.3bn and imports from China equaling 5.4 bn) in the country’s overall trade turnover in 2018.

The National Bank’s date show China is put 4th in terms of investments in Kazakhstan and China’s attracted capital totaled 15.6 billion US dollars by 2018. China is largely investing in transport and warehousing, mining and quarrying, manufacturing, construction and financing and insurance.

Japan brings in quality to Kazakhstan

Some Japanese companies may appear in Kazakhstan

Kazakhstan is attracting most investors in CA