Kazakhstan is attracting most investors in CA

Investments are key to developing the economy of Kazakhstan, with the country making efforts to enhance its business climate and mechanisms for interacting with investors. With over 320 billion dollars of investments been drawn in the country’s economy since independence, Kazakhstan is seen as a regional leader in attracting foreign investments. 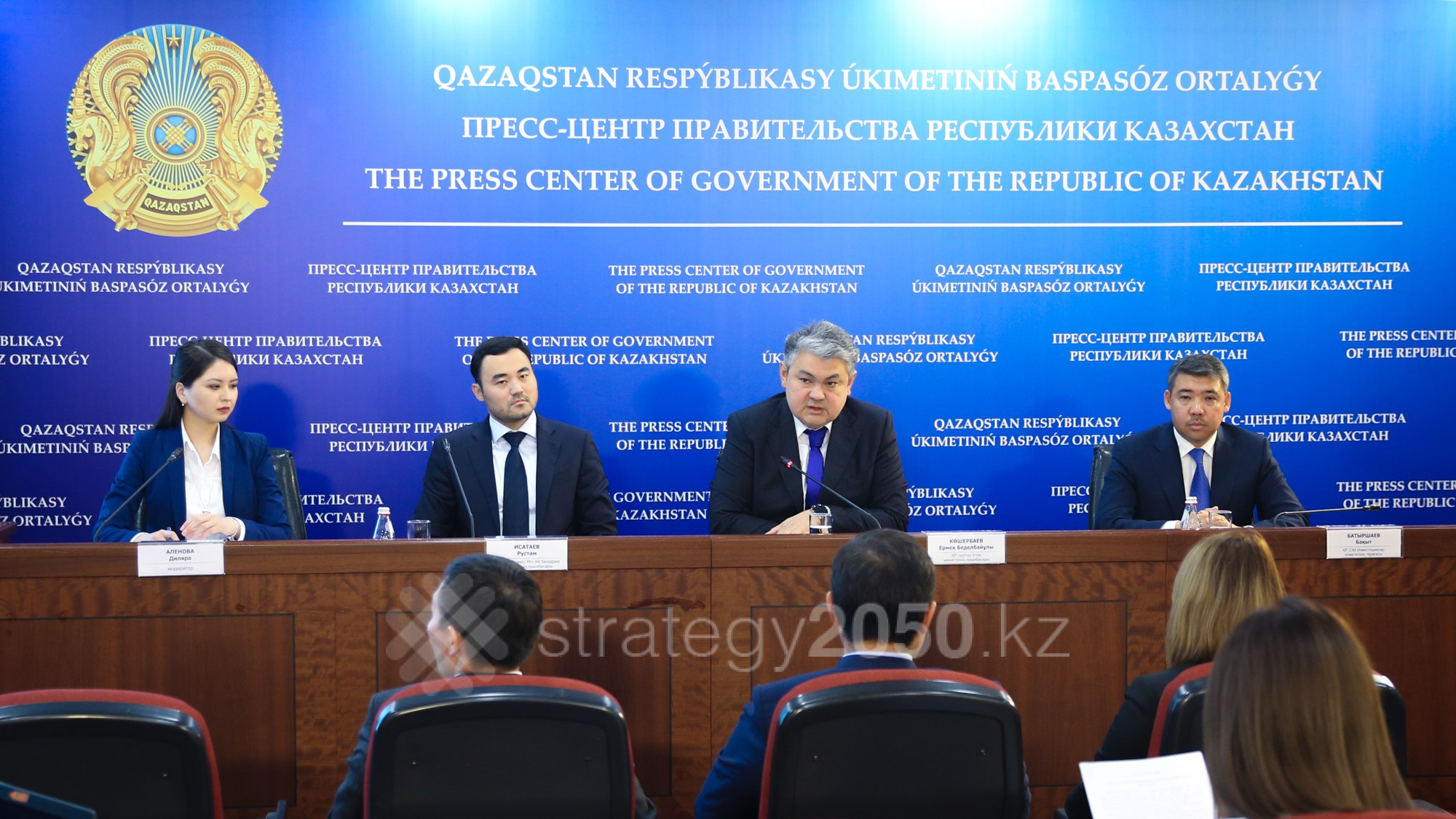 Last year’s decision made by the First Kazakh President, Nursultan Nazarbayev, was to hand over the function of attracting foreign investments to the Foreign Ministry to seek the fulfillment of development tasks amidst the rising competitiveness for investments worldwide.

Interaction with overseas establishments strengthens while utilizing their infrastructures to draw investments. Kazakhstan has over 93 diplomatic missions abroad, including 58 embassies and other lower diplomatic missions, with each focusing on attracting investments and coordinating an export policy.

“We are establishing the three-tier “overseas establishment-center-region” system, allowing for targeted work with each investor and project on every level. This makes it possible to directly transmit projects at overseas establishments to target potential investors and vice versa,” Yermek Kosherbayev said.

He went on calling the Astana International Financial Center (AIFC) a “vortex” attracting and handling projects, with the AIFC’s experience in promoting innovation projects is sought-after.

“The developed financial infrastructure and project-maintenance infrastructures are important for investors,” the deputy foreign minister states.

According to the deputy minister, the AIFC utilizes all modern-day technologies making it interesting for investors.

Under the would-be investors’ geography expansion plan, 40 prospective countries were already picked, with a great focus placed on top investing counties such as the USA, Germany and Japan.

One of the major investment events was the Kazakhstan Investment Roundtable held as part of the 2019 Astana Economic Forum, resulting in 8.7 billion dollars worth of 43 agreements

Front offices for issuing permit papers (land, environmental) appear throughout the country. So the investor could apply to one window to carry out his project. Work is underway to connect front offices to embassies.

The Coordinating Council has been established that focuses on investment attraction. Its membership includes the government leaders, and any decision is made collectively. 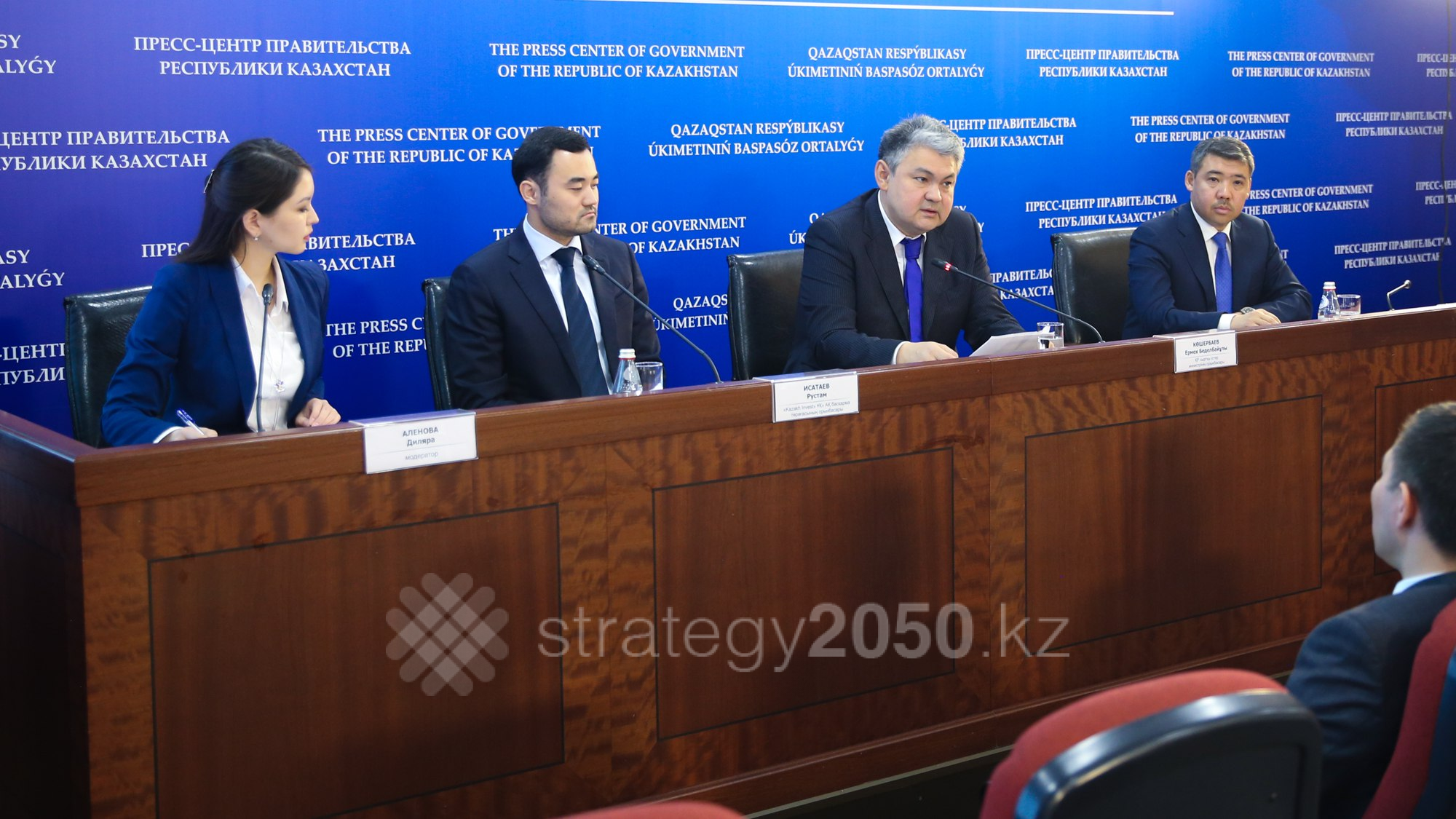 A key benchmark of the National Investment Strategy is the annual attraction of eight transnational corporations and two anchor investors to the priority economic sectors of Kazakhstan.

These eight projects are complementary and establish effective clusters within the country, according to Rustam Issatayev. They supply one another with raw materials and technologies, leading to high-end products at a low cost and minimum logistics expenditure.

One of the projects is glass production the launching of which is slated for this year in the Kyzylorda region with China Triumph International Engineering. The plant is expected to be a powerful economic activity growth point in the region, creating a multiplier effect by establishing related output of a wide range of products in medical and automotive industries. In addition to auto-glass and mirrors, it is planned to make super-thin and ultra-transparent glass for solar panels, smartphones, and tablets.

Rustam Issatayev, Deputy Board Chairman of National Company Kazakh Invest reminded Kazakh Invest plans to launch 30 projects this year, stressing that almost half of these projects are found in new sectors. So 12 out of 30 projects occurred in the area of renewable energy resources, including 400 MW solar power stations, 90 MW wind power stations and 25 MW hydropower plants.

Another important project is a ferrosilicon plant in the Karaganda region, with the output of 100 thousand tons of ferrosilicon at the first stage making Kazakhstan the 9th largest producer of ferrosilicon. Upon implementation of the second and third stages, the country will be among the top 5 ferrosilicon producers.

He concluded that top-quality ferrosilicon is the main compound of an electric engine, pointing to the rapid development of auto industry towards electric engines.