Tokayev: Aibyn is the unique platform for young people

The President of Kazakhstan - the Supreme Commander-in-Chief of the Armed Forces took part in the opening of the 5th Republican Military-Patriotic Youth Assembly “Aibyn”, the press service of Akorda reported. 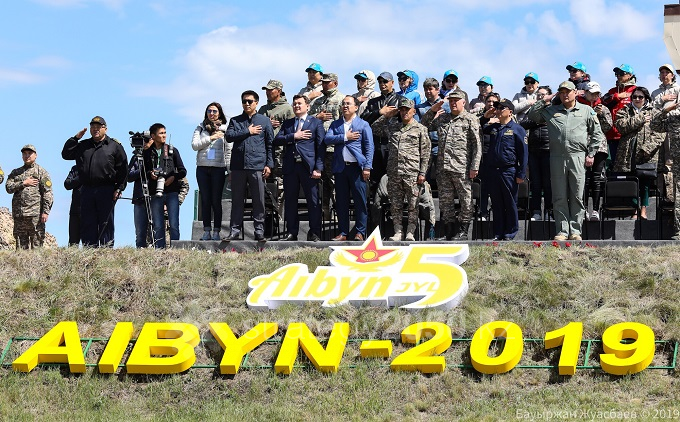 Having welcomed the participants of the military-patriotic gathering, Kassym-Jomart Tokayev underscored the importance of the event, which brought together responsible, patriotic and brave young people.

“We have high hopes for the youth of our independent country! The Aibyn military-patriotic gathering, having become a good tradition, is the unique platform for young people called upon to protect their homeland”, the Head of State said.

Noting the great attention of the state to supporting the youth and creating conditions for the realization of its potential, the President of Kazakhstan stressed that the youth is a symbol of progress, embodiment of hopes for a better future. Therefore, according to Kassym-Jomart Tokayev, it is not by chance that Yelbasy (Leader of the Nation) declared 2019 the Year of Youth.

“Young people take an active part in the life of the country, contribute to the development of civil society and successful modernization of the country. We attach great importance to the formation and education of patriotism among the young people of Kazakhstan. To this end, the Zhas Sarbaz Republican Children's and Youth Military-Patriotic Movement was created. Its branches are formed and operate in all regions. The number of military-patriotic clubs and classes of Zhas Sarbaz has reached 6,000, covering more than 174,000 children”, the Supreme Commander-in-Chief of the Armed Forces stated. 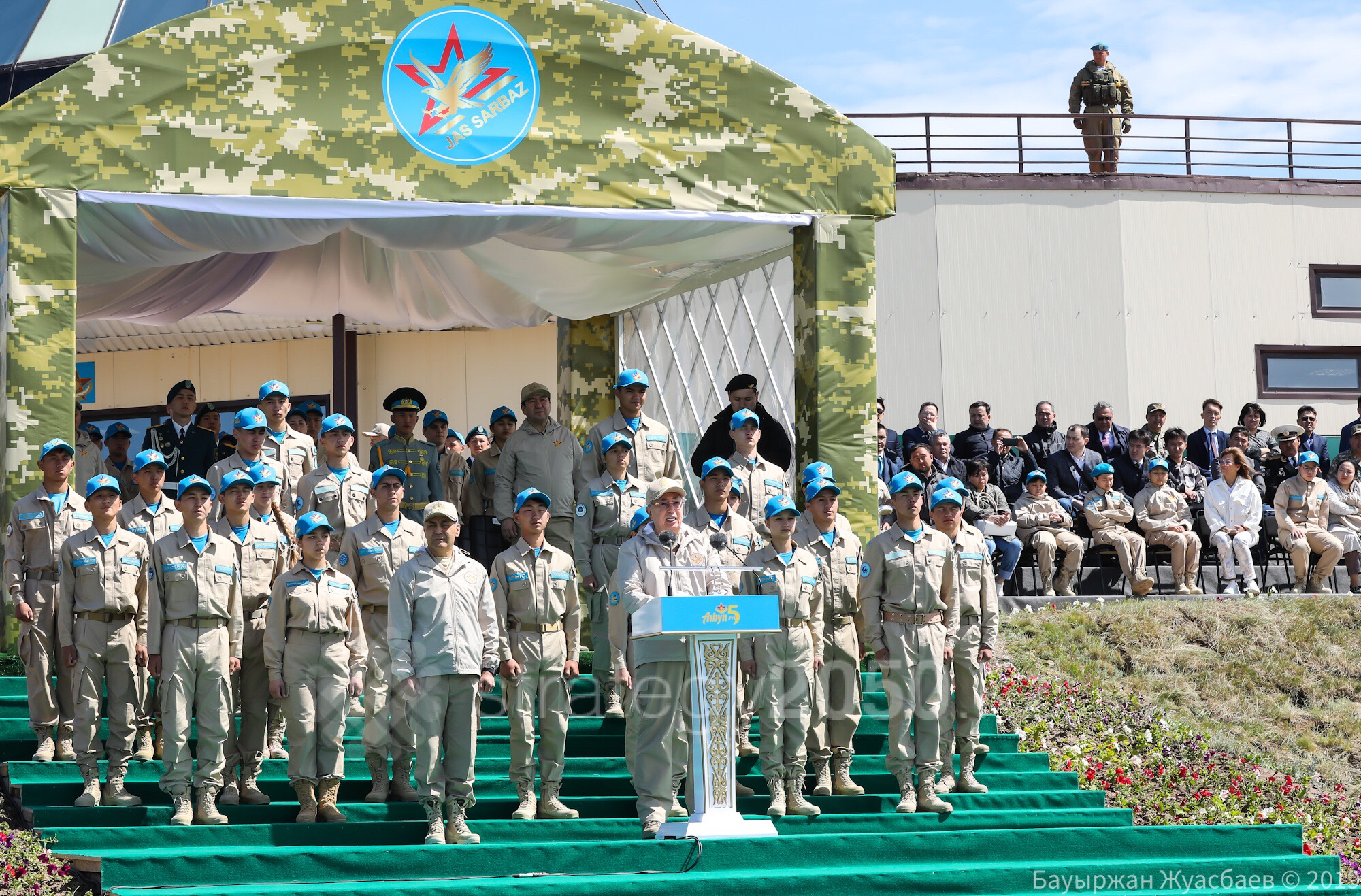 The Head of State urged young people to always be guided by common values, uniting all Kazakhstanis: creative work, peace and harmony, unity of the people, pride for the Motherland, and involvement in its great destiny.

“I see that a new generation of patriots is increasing and gaining strength. You are brought up on the ideals of modern Kazakhstan. With your work, with your knowledge and concrete deeds, you praise our Motherland – Mangilik el. I am convinced that you will follow the values ​​of the Independence with honor, continue and proudly carry the baton of the success of our country”, the President of Kazakhstan emphasized.

Addressing the youth, the Head of State also spoke about the qualities necessary in the life of each person. According to Kassym-Jomart Tokayev, it is decency, knowledge, professionalism and devotion to the Motherland.

“You have a great potential of strength, energy, creativity. Direct all this to the realization of the main goal of your life. Remember that the country is interested in the success of each of you, because of the achievements of each will be the achievements of the entire country. I sincerely want you to succeed - everything that you have in mind, and everything you dream about”, the President of Kazakhstan said.

At the end of his speech, the Supreme Commander of the Armed Forces declared the Aibyn republican military-patriotic gathering of youth open and wished its participants excellent study, good health and success. 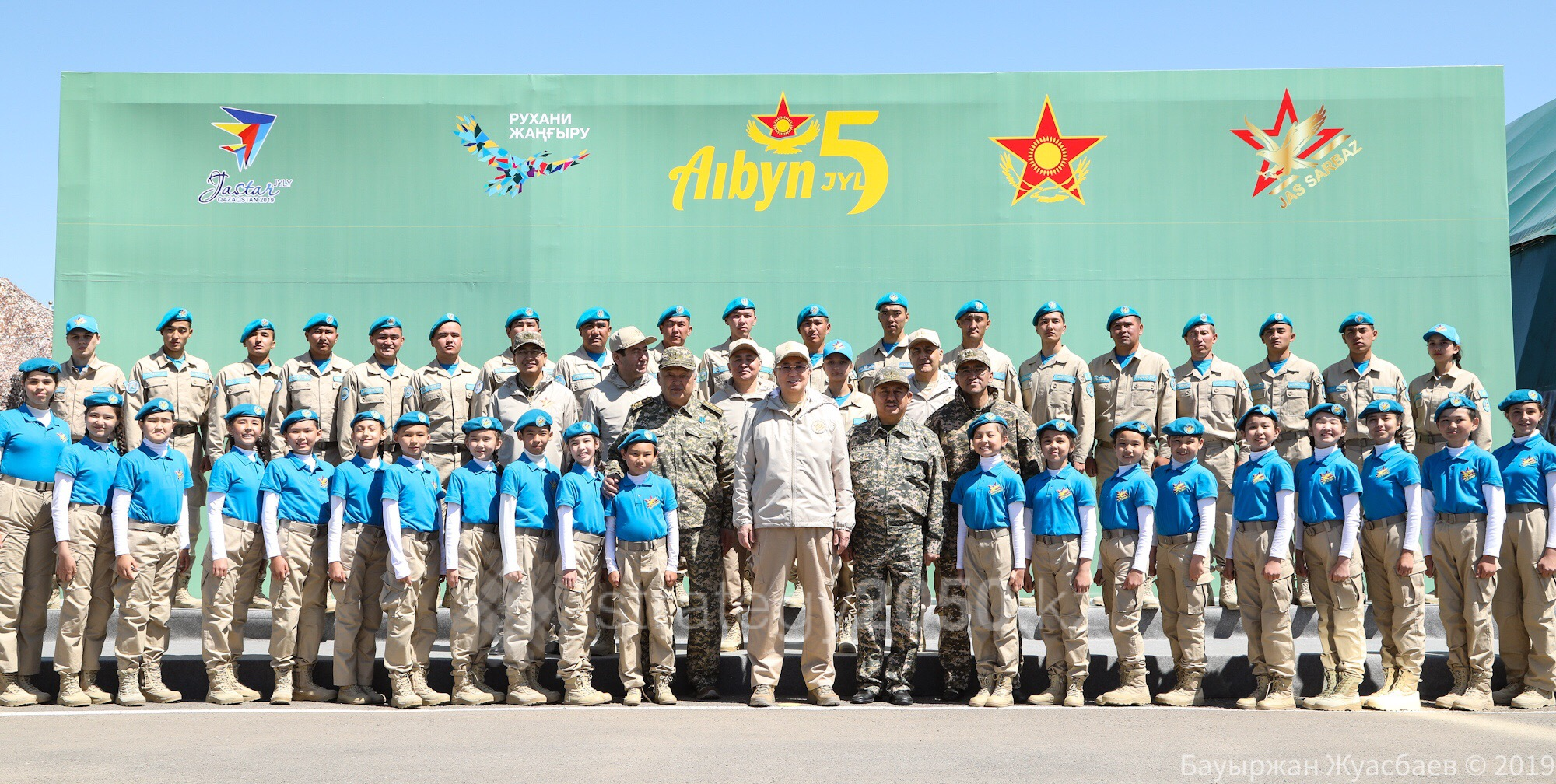 After the ceremony of raising the flag of “Aibyn”, bringing a solemn oath to hold fair competitions and a concert program, Kassym-Jomart Tokayev took part in laying the “time capsule” with a message to the participants of the “Zhas Sarbaz” movement in 2050.

The Head of State was also demonstrated the combat capabilities of armaments and military equipment of the ground forces and air defense forces. The President got acquainted with the field camp, where he inspected the living conditions of the participants in the training camp and talked with the students of the military-patriotic clubs.