During the meeting with Kyrgyz President Sooronbay Jeenbekov, Kazakh President Kassym-Jomart emphasized the symbolic significance of his first visit to Kyrgyzstan since he has officially office, and thanked for the warm reception. 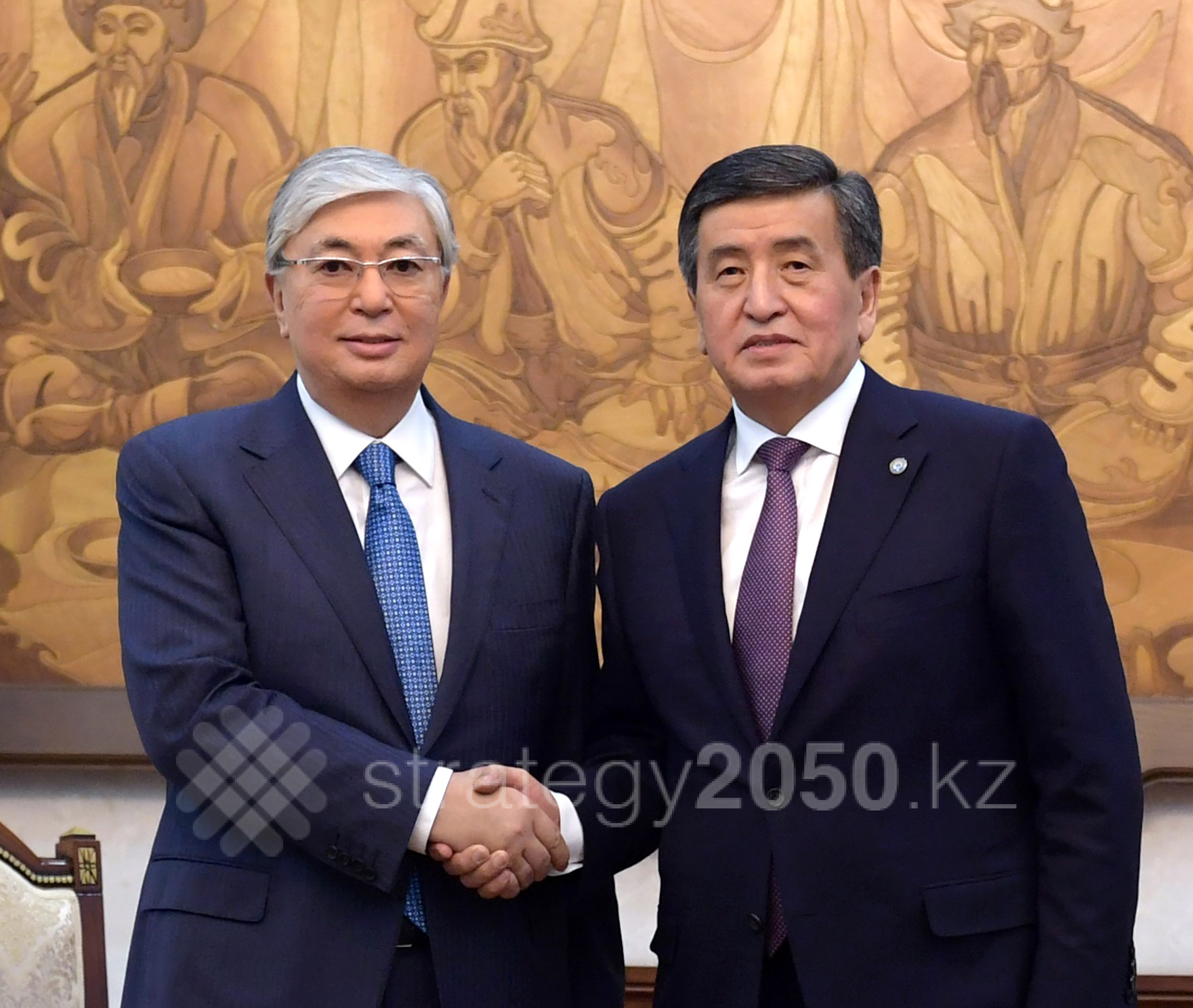 “Our meeting in Bishkek after my swearing-in is a good sign. Not long ago, we met in Nur-Sultan and debated the issues of bilateral cooperation. Now our task is to implement the agreements reached”, the Kazakh President said.

On his part, the Kyrgyz President congratulated Kassym-Jomart Tokayev on the election victory and expressed confidence to continue to enhance the relations between the two countries.

The sides exchanged the views on the agenda of the upcoming summit of the Shanghai Cooperation Organization.

The Kazakh Head of State also met with President of Afghanistan Ashraf Ghani, where Tokayev stressed the high level of bilateral cooperation as well as the close multilateral interaction. 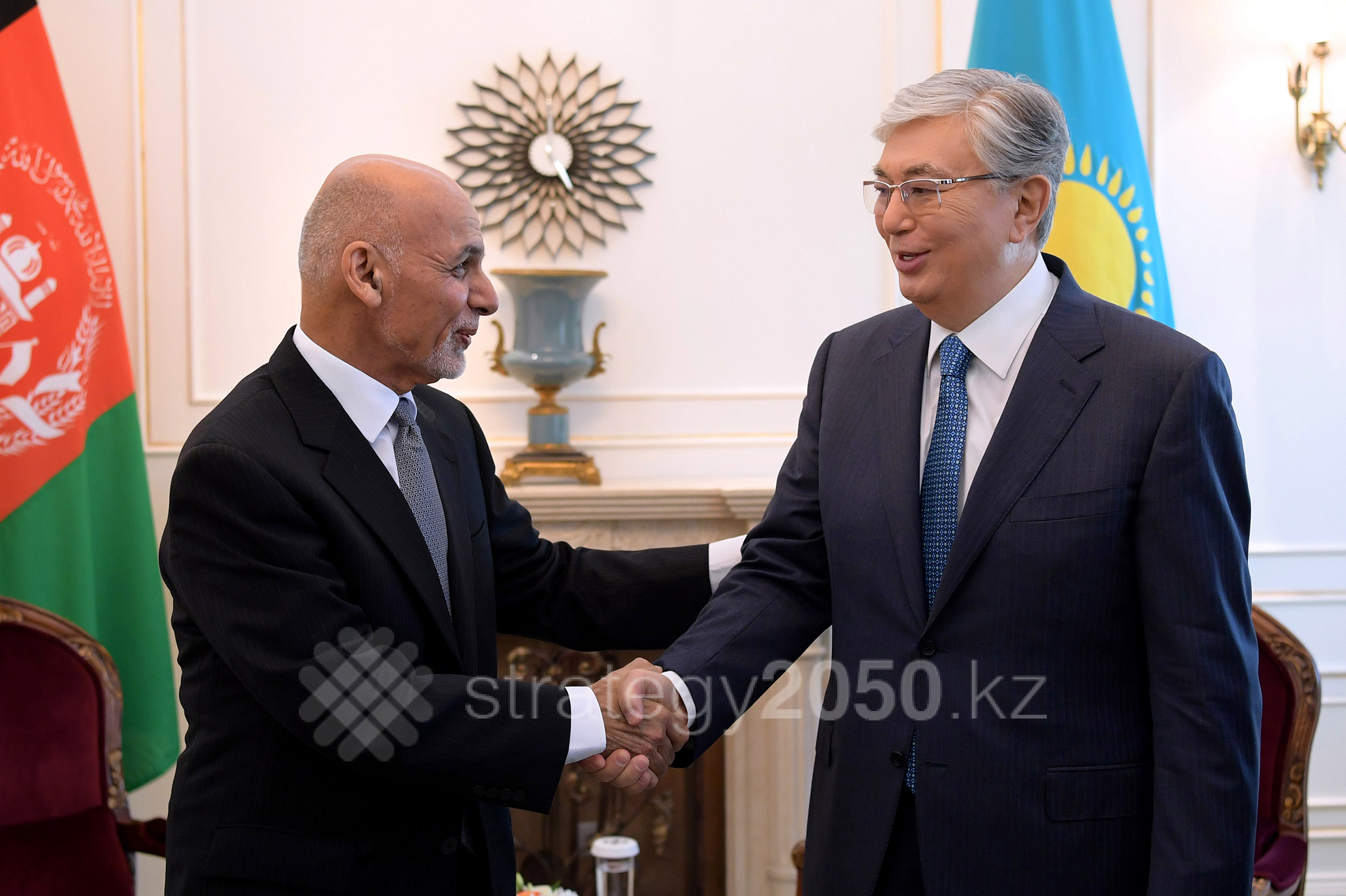 “Mr. President, I am glad to meet you in Bishkek on the sidelines of the SCO summit. Our countries have made significant strides in cooperation. We look forward to new positive results from our expanded cooperation”, Kassym-Jomart Tokayev stated.

Afghan President Ashraf Ghani extended his gratitude to the Kazakh President for an opportunity to meet and congratulated on his election victory and assumption of office. The Afghan leader underlined that the Kazakh people chose the continuity of the country’s strategic course. 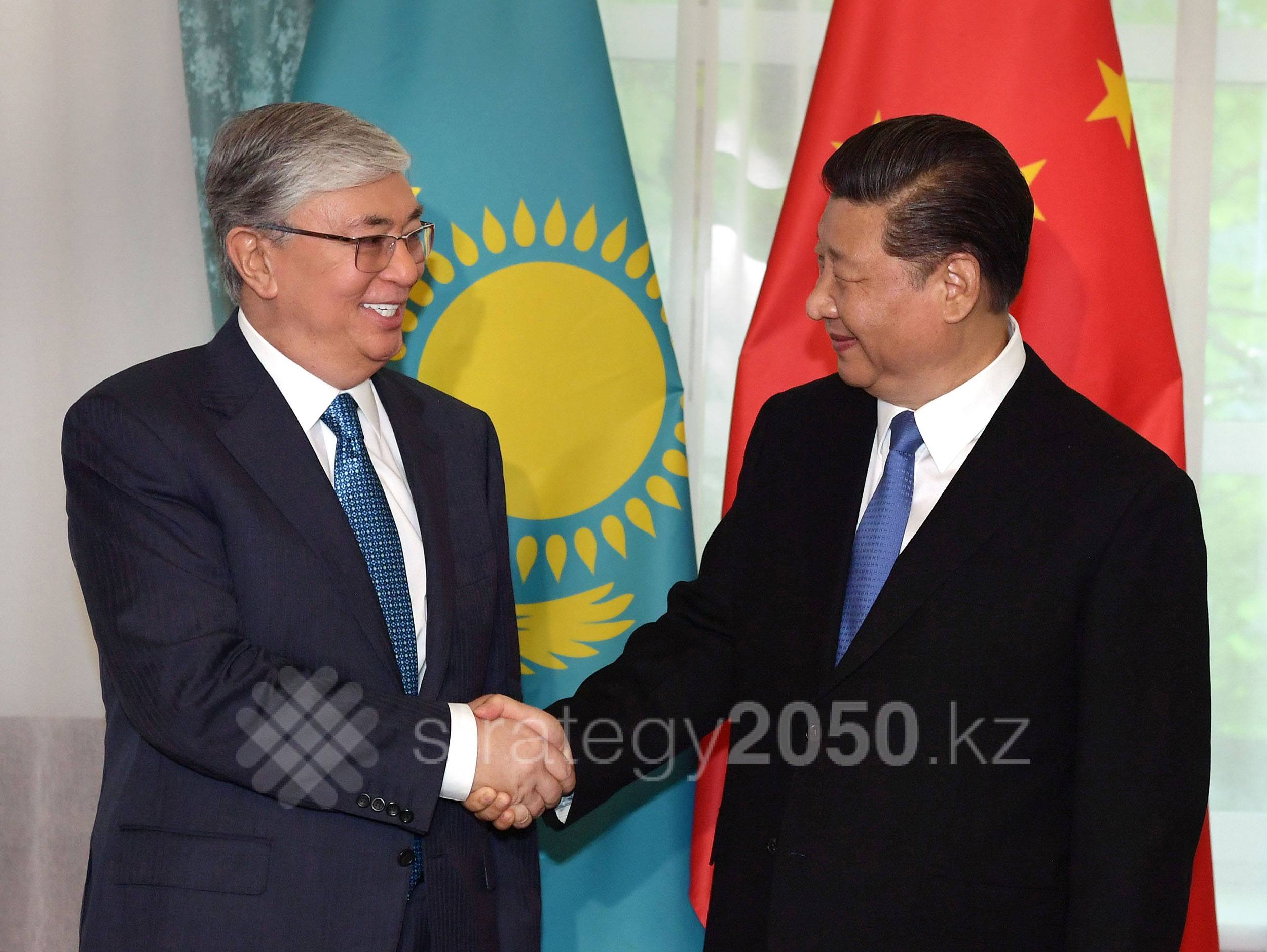 “I received the warm written congratulation. The election showed the Kazakh people’s high confidence in me and the course of our First President, friend of yours Nursultan Nazarbayev”, the Kazakh Head of State said.

The Kazakh President noted the important to develop the Kazakh-Chinese cooperation, citing it as one of the priority directions of the foreign policy.

“This cooperation is of strategic significance, key to the peace and security in the vast Eurasian continent”, Kassym-Jomart Tokayev said.

The Kazakh Head of State congratulated the Chinese leader on the successful 2nd International Cooperation Forum “One Belt, One Road” and the upcoming 70 years of the People’s Republic of China.

In his tern, Xi Jinping congratulated the Kazakh President on the election victory and travel to China on official visit this year.

“We expect to deepen the cooperation in agro-processing, digitalization, IT and “green technologies, as well as to make full use of Kazakhstan’s transit capacity through aligning the “One Belt, One Road” program with the State program for Industrial and Innovational Development”, the Chinese Chairman said.

The sides also dwelled on interaction in the cultural and humanitarian sphere, in particular student exchange and joint events.

The Kazakh President is due to take part in the meetings of the heads of state of SCO member States in a narrow composition and broadly constituted meetings, with the excepted signing of documents.

Photo by the Akorda's press service