The inauguration ceremony of President of Kazakhstan, Kassym-Jomart Tokayev, has been held in the capital city Nur-Sultan. Read more in the piece by the Strategy2050.kz Information Agency. 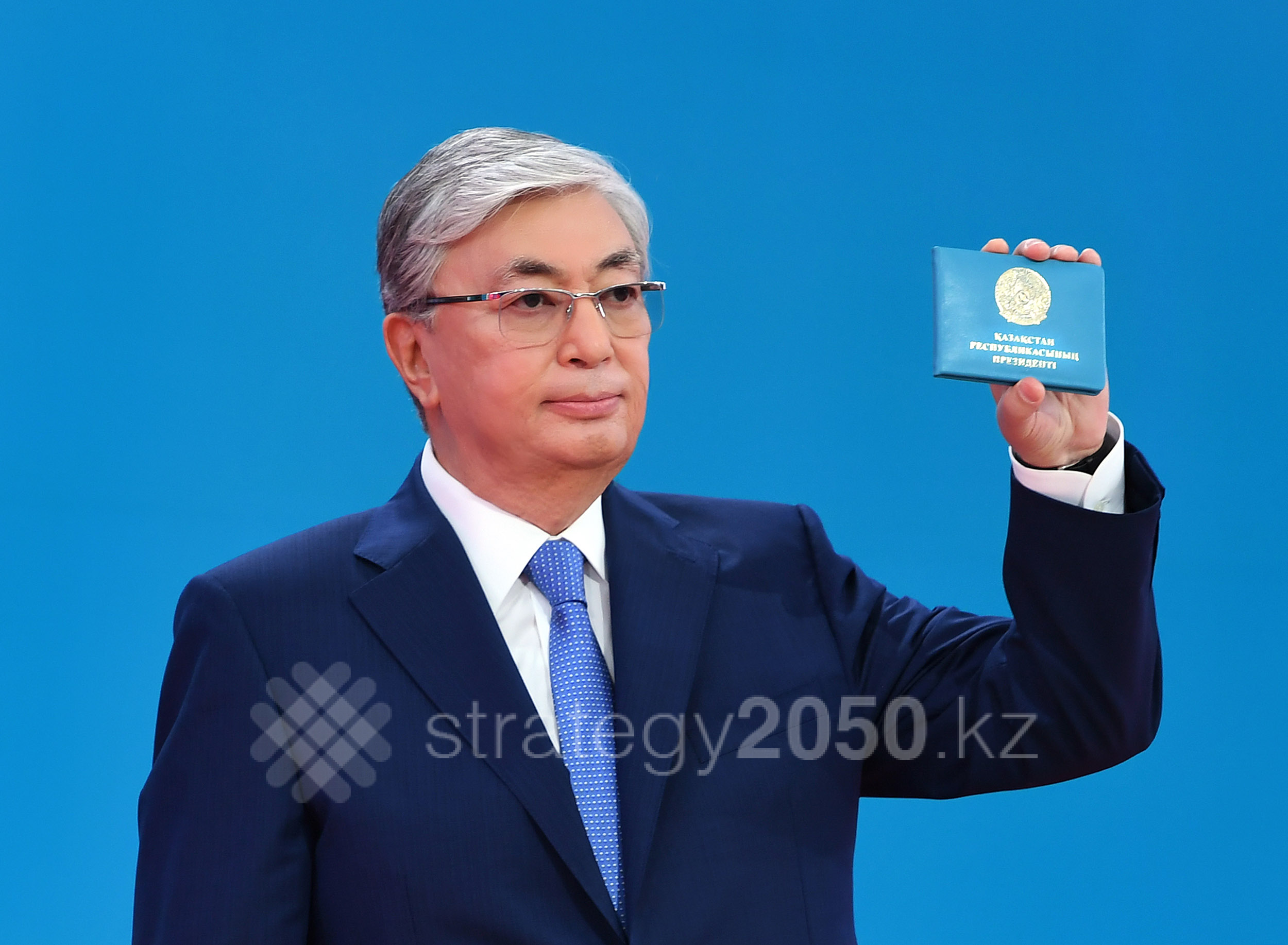 The inauguration of President of Kazakhstan, Kassym-Jomart Tokayev, has taken place in the Palace of Independence. 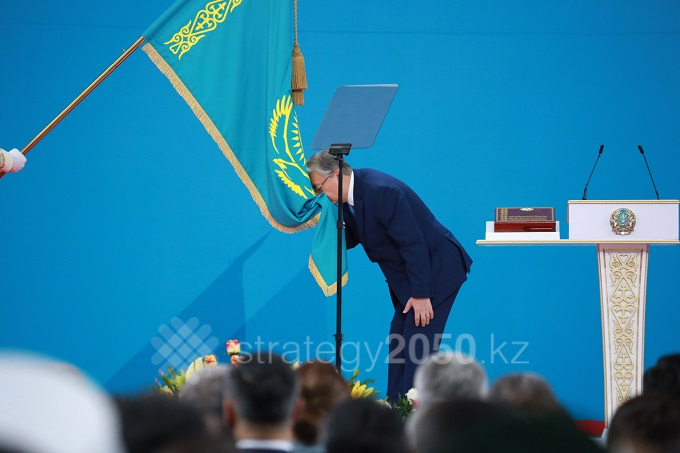 The inauguration of the Head of State was accompanied by festive salute.

It should be noted that on June 9, Kazakhstan held the extraordinary elections of the President of Kazakhstan. Having got 70.96% of the votes, Kassym-Jomart Tokayev won.

In his speech, Kassym-Jomart Tokayev thanked the citizens of Kazakhstan for their trust.

“First of all, I would like to thank all the people of Kazakhstan for their trust and support. As the President, I’d like to say that protecting the interests of every citizen is my objective. I will not allow separation of political views and attitudes. Constructive proposals from public figures, I will definitely take into account in my work. We will work openly, transparently. The most important thing is to serve the people honestly. We have one homeland, one fate”, Tokayev said.

The Head of State noted that First President of Kazakhstan, Nursultan Nazarbayev, is a great personality who founded Kazakh statehood.

“To respect and keep in your memory the way of Yelbasy to the people and the public is our common duty”, Tokayev stated.

Kassym-Jomart Tokayev highlighted the priorities he will stick to as the President.

“During my pre-election campaign I visited the majority of the regions of the country. My political platform is an answer to the key needs of our citizens. First of all, I will focus on the implementation of the Third Modernization of Kazakhstan, five institutional reforms and other important strategic documents of our country. In other words, I will work on the implementation of the strategy earlier adopted by Yelbasy. We need new approaches and solutions so that the country could enter the new level of sustainable development”, Kassym-Jomart Tokayev said.

The Head of State mentioned the political power formula.

“Our formula of political power is a competent President, influential Parliament, and Government accountable to the people. Such a political system can best meet the needs of our country in the complicated geopolitical realias and contribute to development of strategic tasks before us”, he said.

The President named five main goals in his work:

1. Continuation of the course and initiatives of Nursultan Nazarbayev.

2. Solving acute social problems and helping those in need.

4. Unity of society and protection of the rights of every citizen.

5.Defend the national interests of Kazakhstan always and everywhere.

“I am also planning to focus on the solution of the most pressing social problems, helping those in need. The Government was instructed to map out the measures in order to achieve tangible results in that sphere. We need to update the social policy dramatically. I will support Kazakhstani entrepreneurs, attract and protect investments, encourage business activity and shape the middle class. My goal is to ensure the unity of the society and protect the rights of each citizen. Most importantly, I will at all times and in all places advance national interests of Kazakhstan”, the Head of State assured.

“Kazakhstan has earned a remarkable standing in the world and reputation of a peaceful and open country, reliable and responsible partner in international affairs. We will continue constructive, well-balanced and multi-vector foreign policy course, promote and advance national interests in the international arena. Foreign policy activities will benefit the country, national business, each citizen”, Kassym-Jomart Tokayev stressed.