It’s not the number of roads that is important, but their quality – Kazakh President 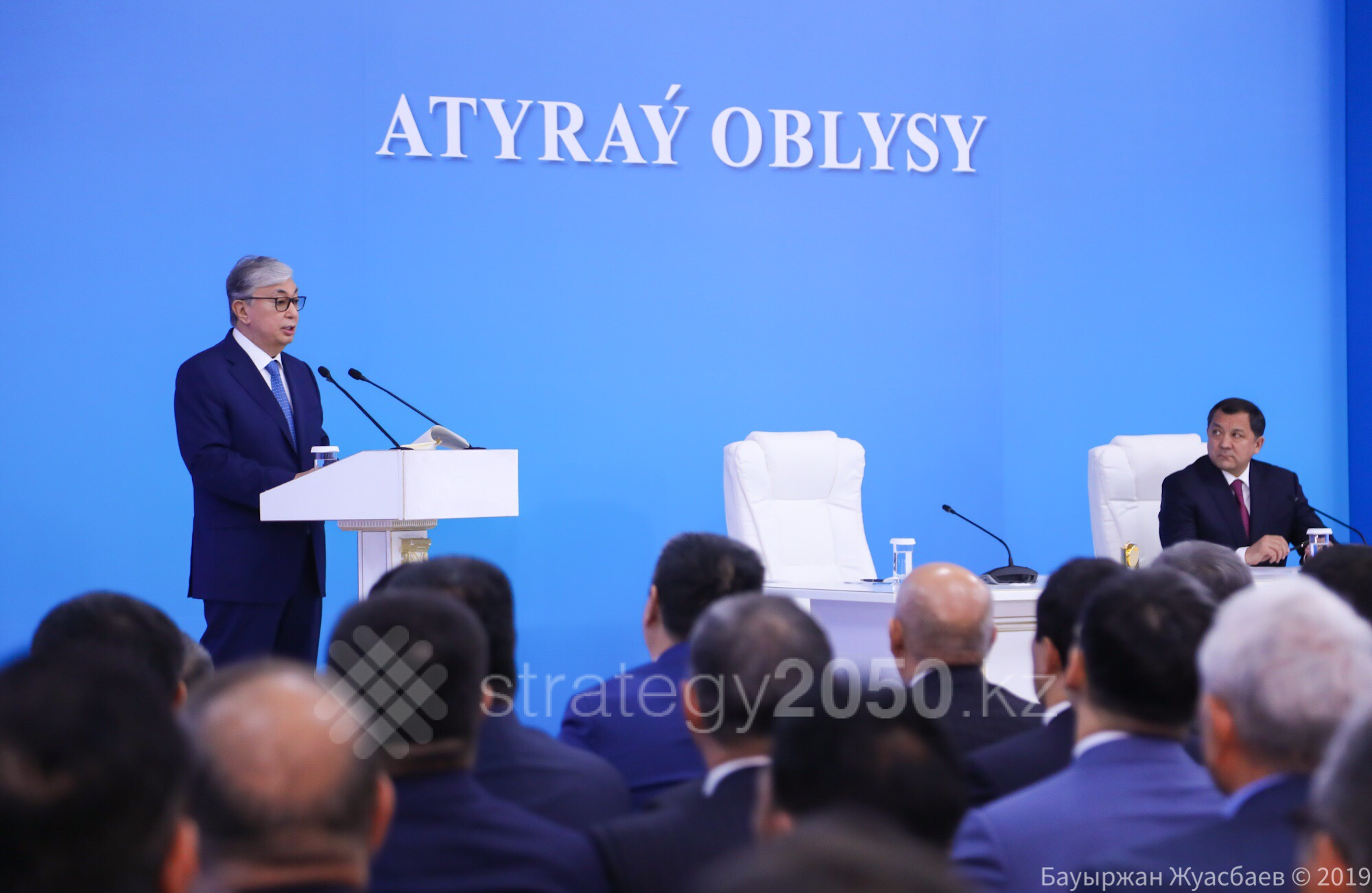 The Head of State overflew the industrial facilities of the Bolashak plant. 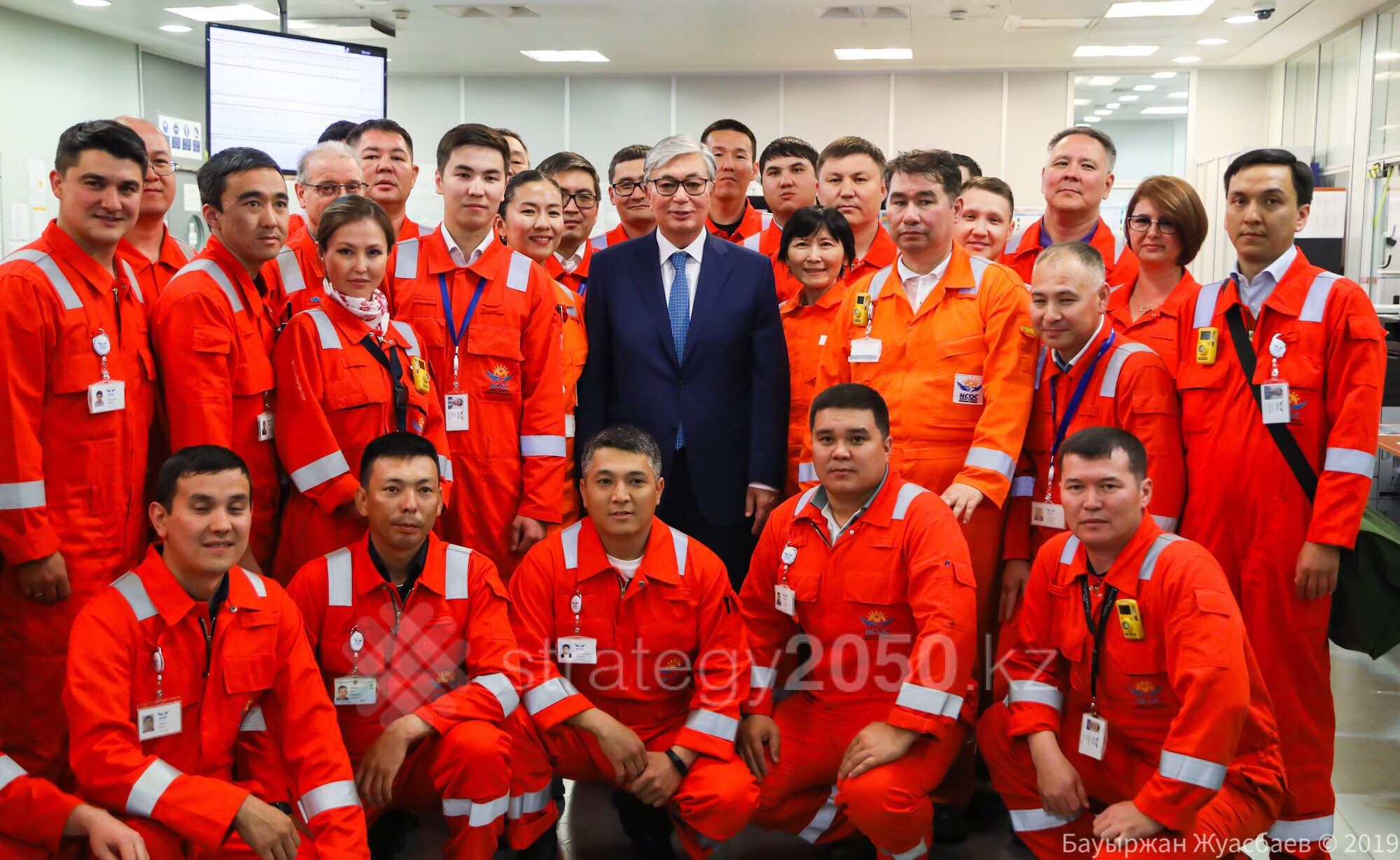 The Kazakh President was informed on the state and prospects of development of the oil and gas sector, presented with technological ways of processing and stabilizing oil, extracting and treating liquified gas, producing natural sulphur, storing and transporting oil products.

Having noted the remoteness of the plant from the city of Atyrau, Kassym-Jomart Tokayev urged to pay special attention to environment protection. In addition, the Head of State emphasized the importance of observing the labor rights of Kazakh citizens.

At the end the President congratulated the plant’s team on setting a record, which is reaching a refining capacity of 370 thousand barrels of oil per day, as well as wished oilmen success and prosperity. 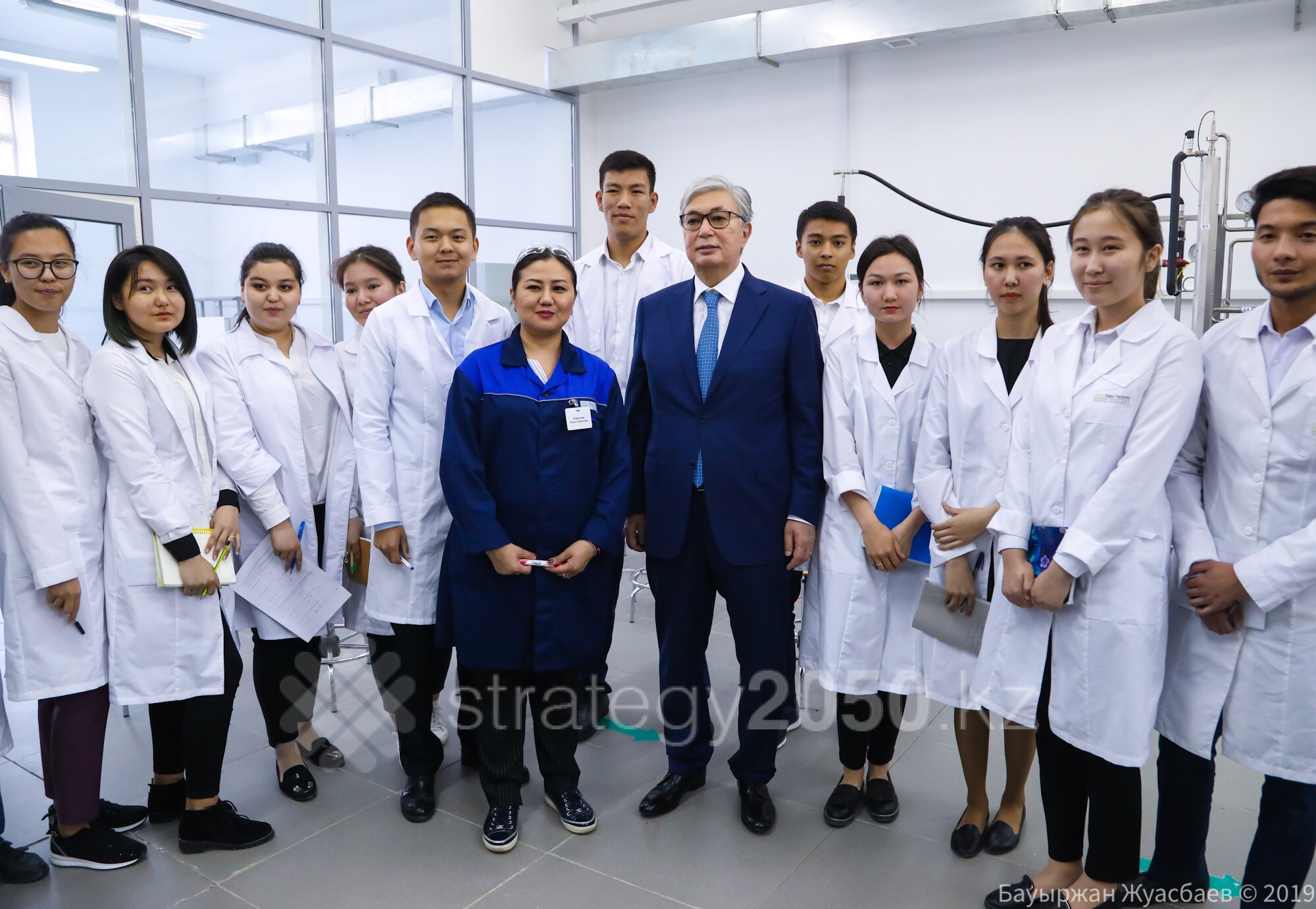 The Head of State took a tour around the college and got familiarized with its campus, laboratories, workshops, library and dormitories.

The President was informed that a central feature of APEC PetroTechnic is the use of innovative educational programs, tailored to the international standards, requirements of foreign and Kazakh oil and gas companies. Real production processes are modelled during results-based training, enabling the students to successfully solve complex tasks of manufacturing after graduation.

In a talk with the students and teaching staff, Kassym-Jomart Tokayev underscored the importance to train specialists for large international oil and gas companies in Kazakhstan rather than abroad. According to him, the college has all necessary conditions to this end. 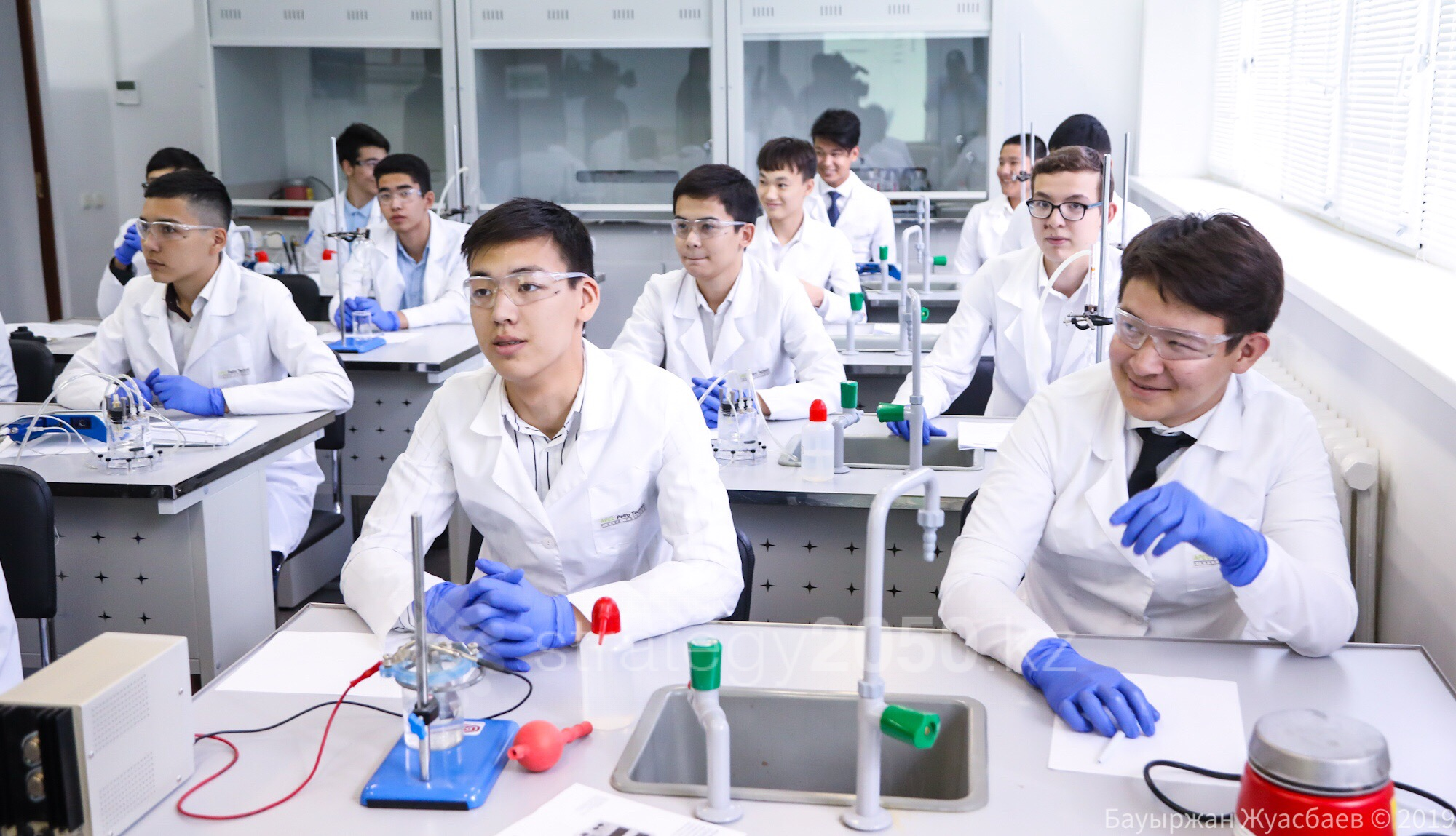 The Head of State also held a meeting with the maslikhat deputies, members of the public council, representatives of the creative and pedagogical intelligentsia, veterans, trade union and youth organizations, government officials.

“Atyrau region is a region with a rich cultural and human potential. The achievements of the region should contribute to improving the quality of life and incomes of local residents. The Governor’s Office, Government, business - we all need to focus on this”, the President of Kazakhstan said, addressing the meeting participants.

In his speech, great attention was paid to ensuring the growth of the population’s well-being and maximizing the potential of the oil and gas sector for the development of domestic producers. Kassym-Jomart Tokayev instructed the Government to organize systematic work to increase the share of local content in the procurement of products and services of three major projects, to ensure equal remuneration of foreign and domestic workers.

“We need to create all the conditions for our citizens to receive quality education and higher wages. I would like to appeal to еру domestic entrepreneurs. Remember that the greatest wealth of the state and any company is people. The main thing is to create new jobs, increase salaries”, the Head of State stressed.

The President dwelled on the issues of diversification of the regional economy, including the implementation of projects for the production of polyethylene and polypropylene, and the development of fisheries.

“It is necessary to support other sectors of the local economy, except for oil and gas and petrochemical complexes. It is necessary to revitalize the work of fish processing enterprises, to attract investors to this sector. We see that the measures taken are inconclusive. Our citizens are waiting for real action. The Ministry of Agriculture and the Governor’s Office should focus on this issue”, Kassym-Jomart Tokayev said.

The Head of State pointed to the need to address the housing issue and environmental problems, as well as to improve transport infrastructure.

“What a good road should be like? First of all, it should enable a person to quickly and safely reach his destination. It’s not the number of roads that is important, but their quality! I will evaluate the work of the Governor’s Offices based on this requirement. For example, it now takes about 5 hours to travel 120 kilometers between Inder and Miyala. And after repair, it will take only one and a half or two hours”, the President of Kazakhstan said.

Kassym-Jomart Tokayev also touched upon the issues of equitable distribution of transfers when forming the country's budget and strengthening the fight against corruption. 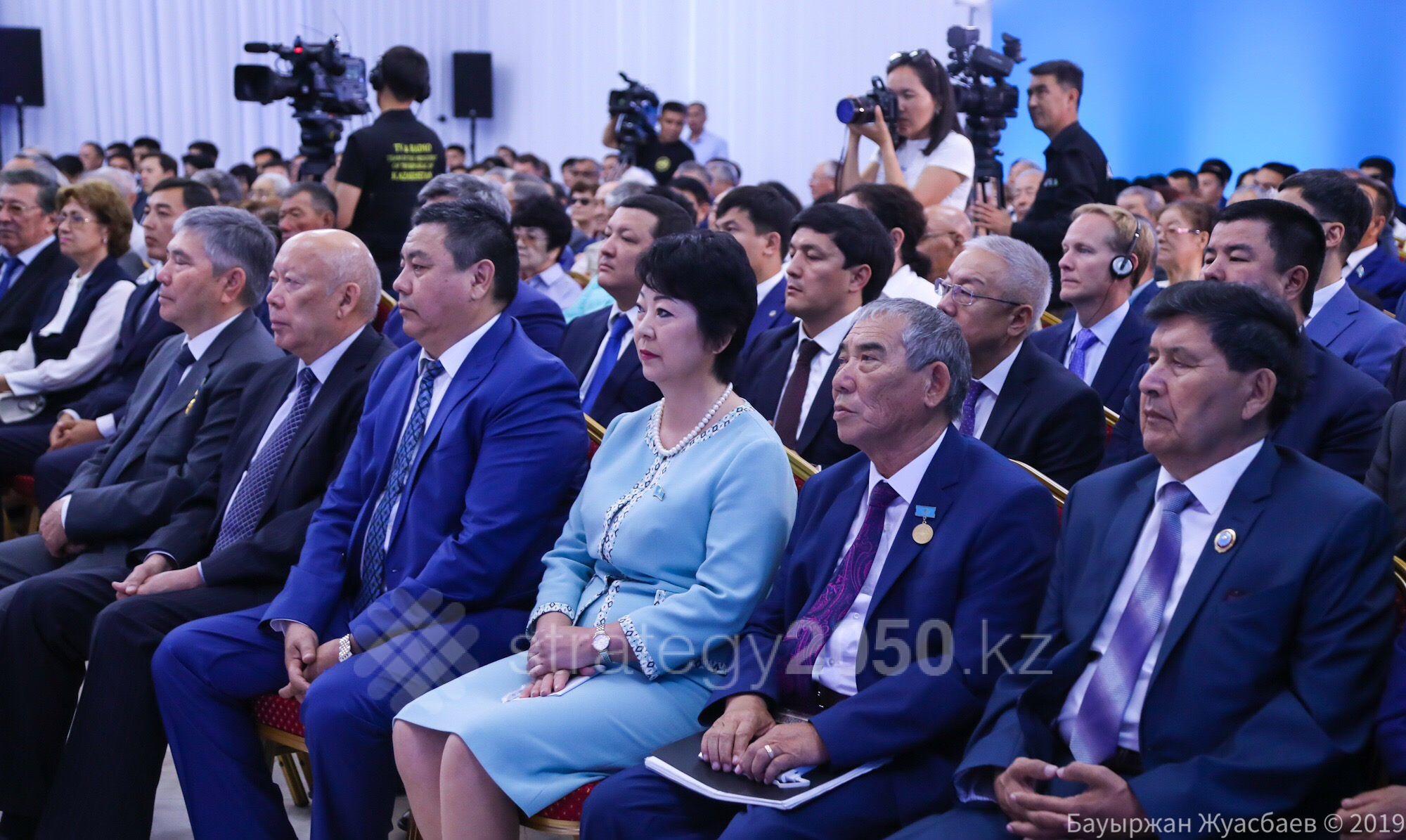 Summing up the meeting, the Head of State congratulated all those present on the Day of the State Symbols of Kazakhstan and the end of the holy month of Ramadan.