Head of state Kassym-Jomart Tokayev has visited facilities as part of his working visit to Zhambyl region, the press service of Akorda informed. 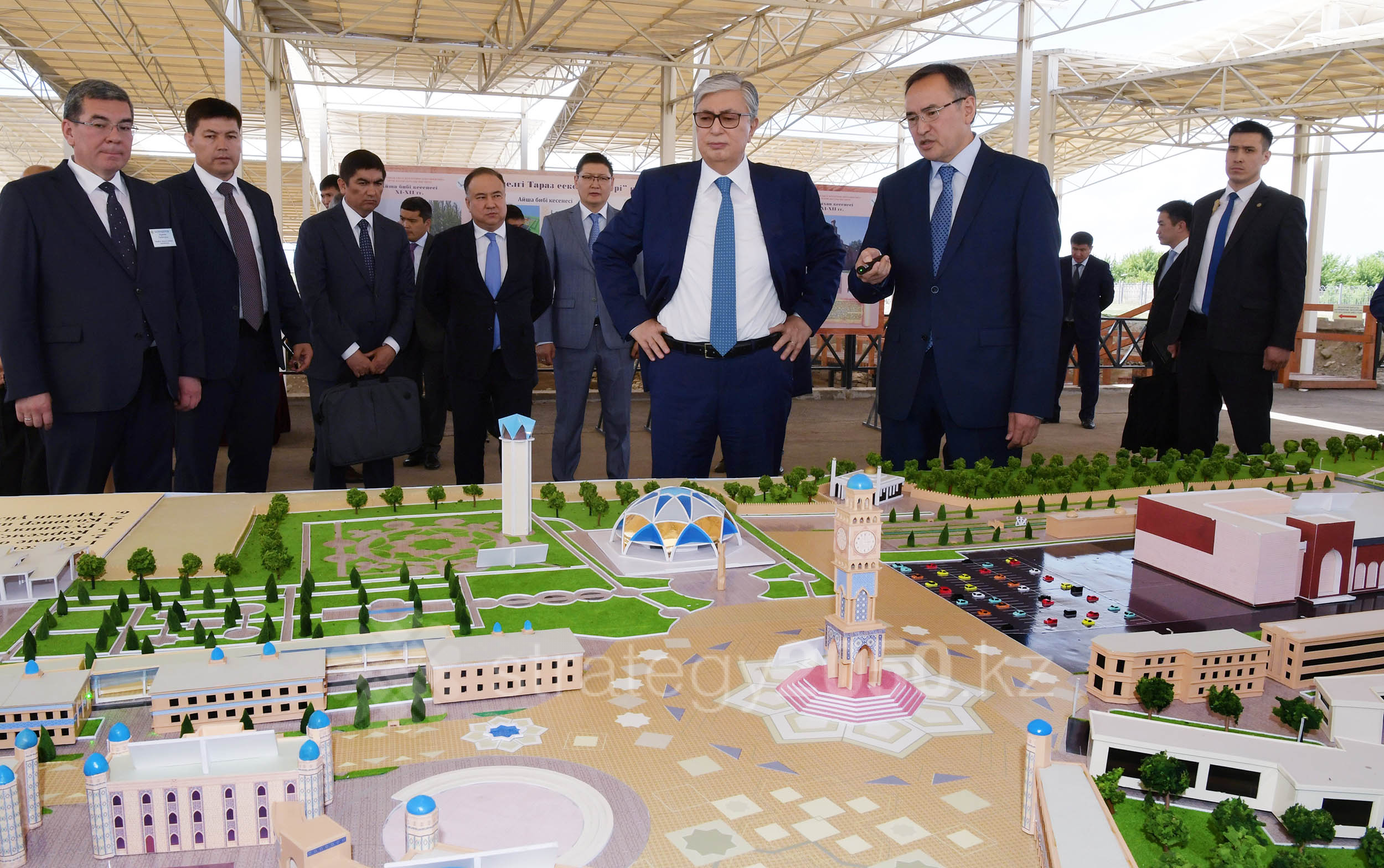 The Head of State’s visit to Zhambyl region started off with a visit to a mineral fertilizer plant. 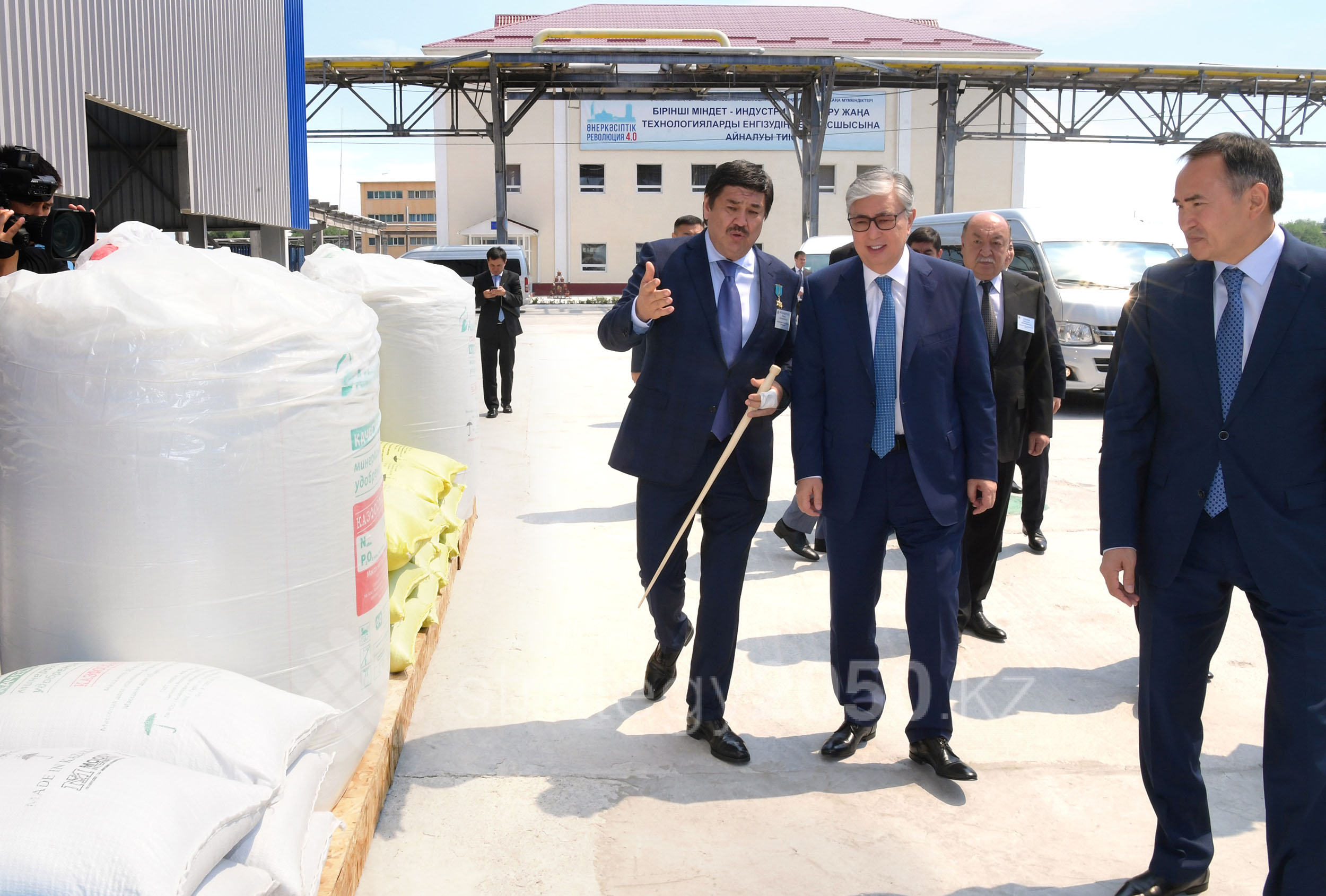 The Kazakh President was briefed on the work of the technological system for mineral fertilizers as its capacity will raise from 300 to 500 thousand tons a year in at short notice, as well as that the plant uses local raw materials, in particular phosphate raw materials from the city of Karatau.

“The plant is a flagship of the country’s chemical industry, one of the leading producers of yellow phosphorous in the world. We have every opportunity to enter into the international market. It is necessary to further increase the competitiveness”, Kassym-Jomart Tokayev said.

KazPhosphate LLP, which was commenced in 1951, now hires 1000 employees, exporting the products to the European Union, USA, China, Japan and the United Arab Emirates. 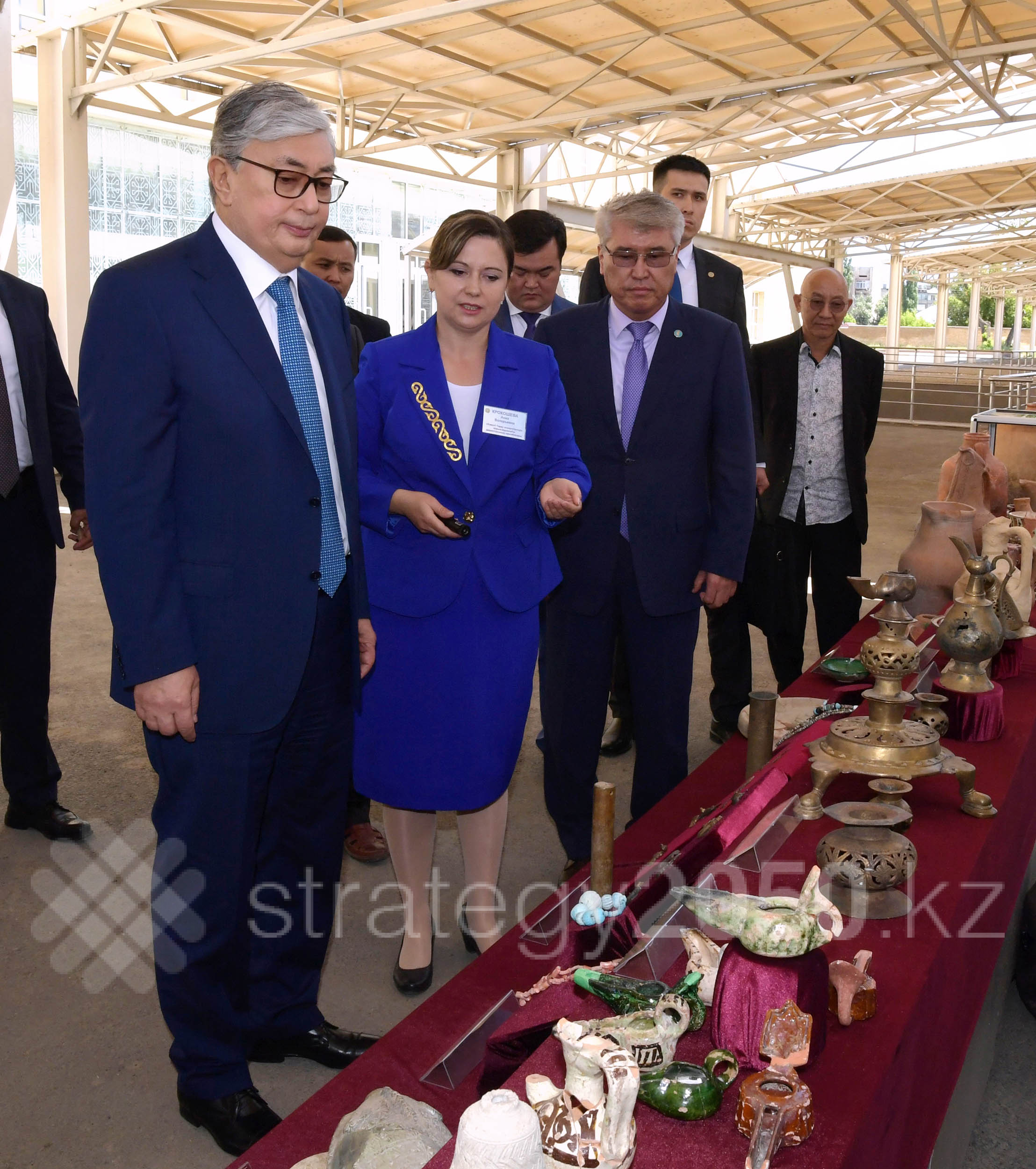 The Head of State was presented the historic stature of republican significance covering the period from the 1st to the 19th centuries. Kassym-Jomart Tokayev was showcased a model of the “Shakhristan – ancient Taraz” complex and informed on the plans for further work. The President got familiarized with the gold and silver coins, ceramic items and other valuable artifacts found out at the archeological excavations in the region.

“Studying the history of ancient Taraz will continue. We will keep on supporting this work. This area has many international-level experts. Our universities need to start training specialists in tourism”, the Head of State said.

The “Ancient Taraz” park is expected to be a hub of international tourism in the future. Last year the region was visited by 145 thousand tourists, and during three months of this year 16 thousand people have visited the historic sites.

The Head of State was presented the plaque in honor of Gaziz Baytasov, his photos, medals and personal stuff.

While the talk with a spouse and sons of the hero, Kassym-Jomart Tokayev marked that Gaziz Baytasov stayed true to his oath in the very responsible and difficult moment, and that his feat will never be forgotten.

The event was attended by veterans, representatives of the creative intelligentsia, public organizations and youth.

The Kazakh President stressed the huge economic potential of Zhambyl region, and dwelled on the problematic issues of the region.

“The region has the lowest average salary throughout the country – 112 thousand tenge. Starting from 1 June the salary of low-paid workers of the budgetary sphere has risen. The region’s enterprises must not ignore this undertaking. I remind the Governors of all levels that your main task is to provide jobs to people. Business plays a great role in creating jobs. So it is necessary to keep providing support to local entrepreneurs”, the Head of State said.

Kassym-Jomart Tokayev called for the broad use of the region’s industrial potential and place priority attention to creating modern technological plants as part of the implementation of industrial projects.

“It is essential to attract major investors in processing industries, primary in the chemical cluster. This will facilitate the sustainable economic development and increased labor productivity. The chemical part “Taraz” should be the point of growth of industrial production in the region”, the President said.

According to the Head of State, the low level of labor productivity in agriculture is recorded in the region.

“The local Governor’s Office should closely work with agriculture specialists as the region has the opportunities to increase agricultural output. The Government made a decision to impose tariffs on raw sugar imported from abroad since the next year. In this context, I task the Governor’s Office to expand cultivation areas of sugar beet and horticultural products, as well as increase the capacities of processing industries”, Kassym-Jomart Tokayev said.

The President talked about the necessity to develop tourism in the region which has many historic sites, which could be interesting for tourists.

“Systematic measures to enhance the tourist potential of the region, attract investments should be adopted, in the meantime the advanced foreign experience should be considered. The Government now works on the state tourism development program. The Zhambyl region is famous for its historic sites, nature. The Aisha Bibi and Karakhan mausoleums, the Zhaisan natural landmark, the Koksay valley, as well as other sites, are of great cultural value for our people. The Government and the Governor’s Office should together develop this area. The region has sufficient resources for that,” the head of state said.

Having pointing to the necessity to reduce regional disparities, the Kazakh President dwelled on the issues of development of small cities.

“The issues of mono- and small cities are relevant. We will develop the social, transport and engineering infrastructures in small cities such as Zhantas, Karatau. These measures are largely aimed at increasing the standards of life of people”, Kassym-Jomart Tokayev said.