EAEU shall pursue integration with EU, SCO and ASEAN – Nazarbayev

First Kazakh President Nursultan Nazarbayev held meetings with the heads of state of the EEU member states, the Akorda press service has informed. 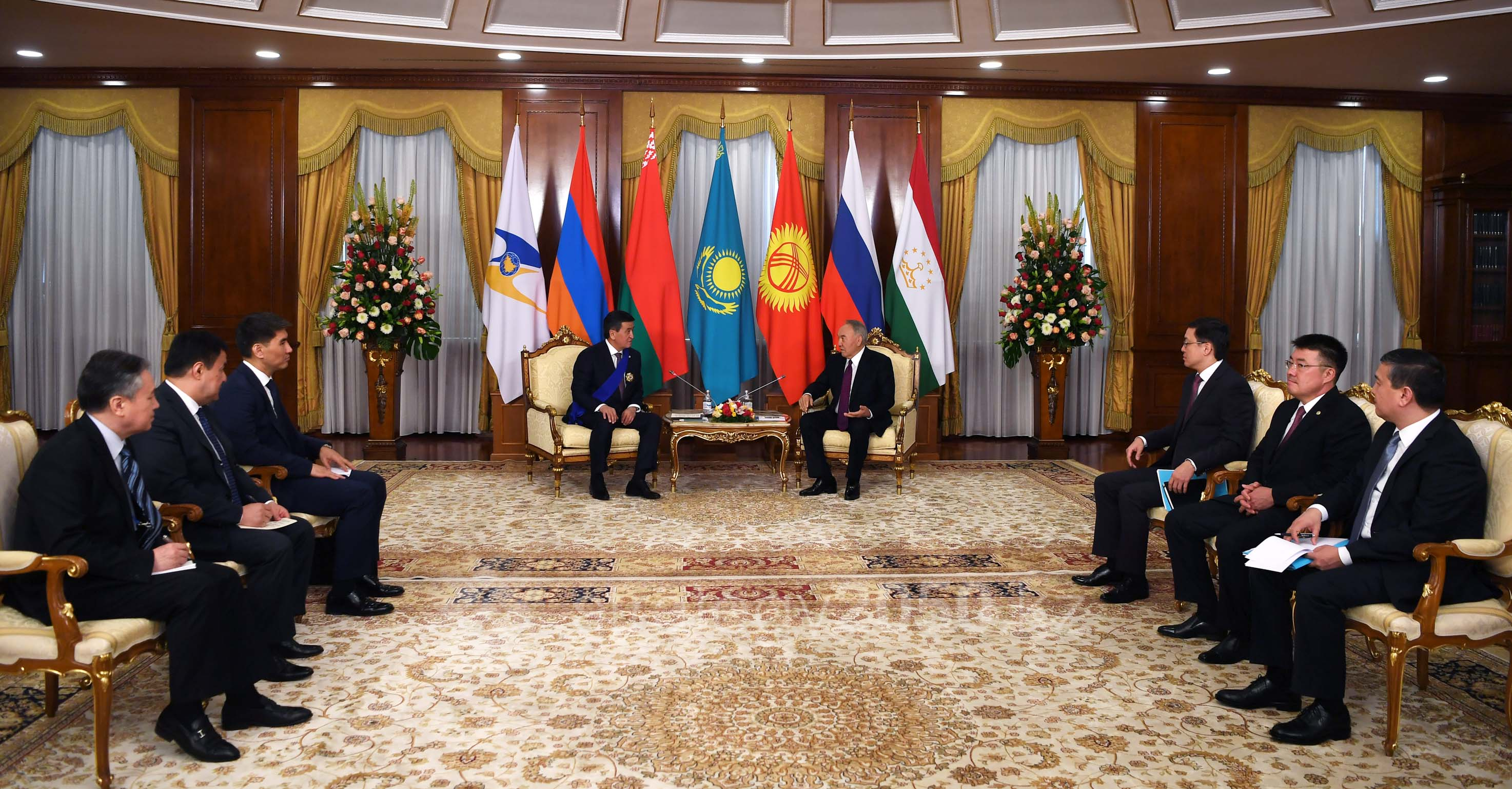 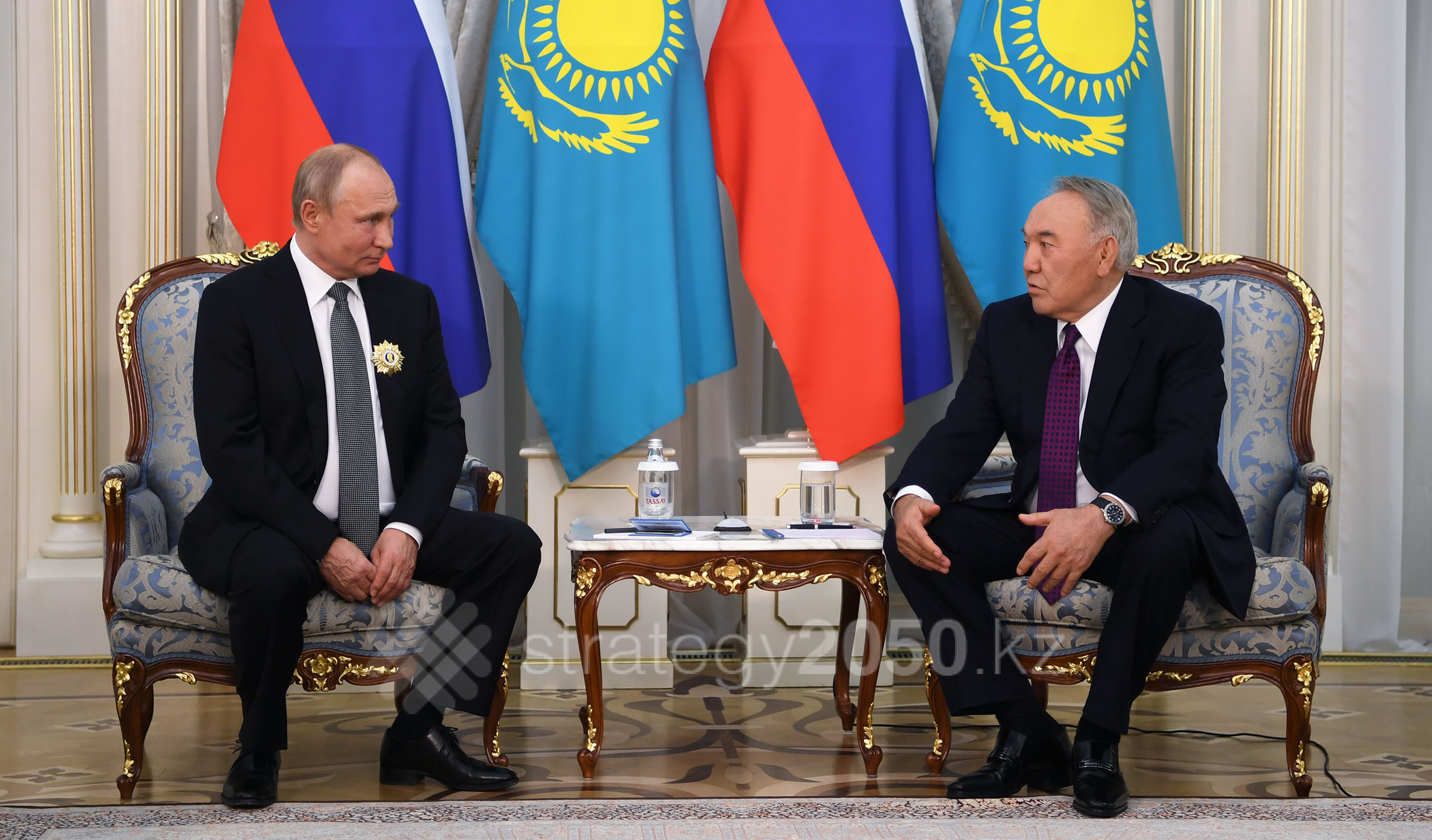 The first Kazakh President stressed the current results and prospects of further development of the Eurasian Economic Union. 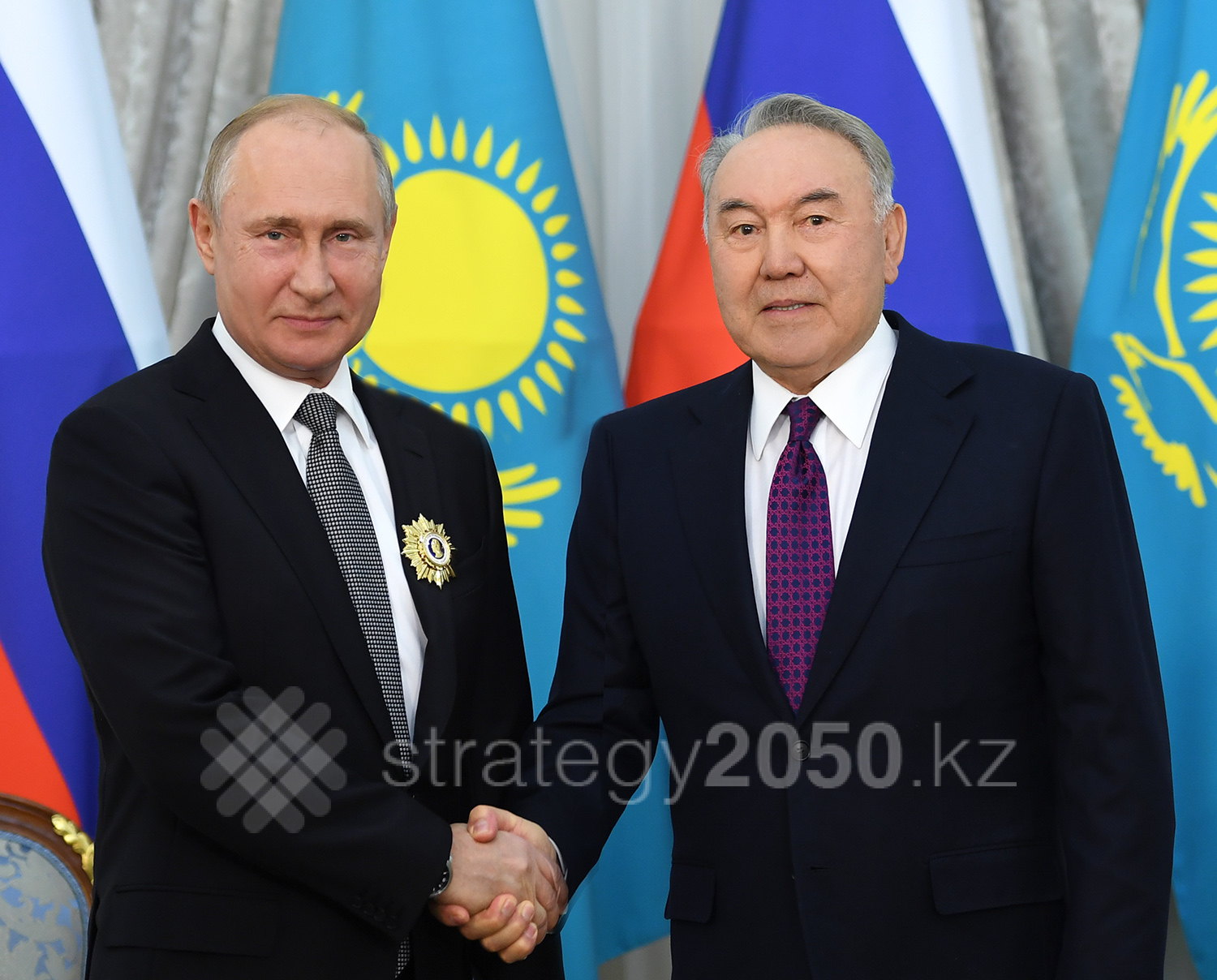 “Five years ago, you, I and Alexander Lukashenko established this union. 25 years ago, at Moscow State University I put forward this idea that we fulfilled. Despite the difficult times, our bilateral trade has been growing, the number of joint enterprises increases. I believe that the EAEU shall pursue integration with the EU, SCO, ASEAN, and other organizations. And we need to work at it,” Nursultan Nazarbayev said.

“I would like to express my gratitude to you for the Order and for everything that has been done in terms of integration, bilateral relations and development of strategic interaction between Russia and Kazakhstan. You have a big part to do with that,” the Russian President said.

Also, the Leader of the Nation met the Presidents of Belarus, Tajikistan, and Kyrgyzstan.

The first Kazakh President highlighted the role and contribution of Alexander Lukashenko in the development of integration processes and the formation of the Eurasian Economic Union.

“This year marks 5 years of the Eurasian Economic Union and 25 years of the idea of Eurasian integration I announced. Thanks to your support, we have such an organization,” Nursultan Nazarbayev said.

The Leader of the Nation underscored that he would always support the people of Belarus with Alexander Lukashenko at the helm of it.

“I will always be willing to help and support you in any activities. You manage to hold Belarus to a higher standard. Taking an opportunity I invite you to visit the most beautiful sites of Kazakhstan,” the first Kazakh President said.

On his side, Alexander Lukashenko thanked Nursultan Nazarbayev for the welcome and the Order.

“I express my gratitude for such reverence for the Belarussian people. I cannot take all the credit. It is your love and treatment of my people. The Kazakh President is a man of great worth. You made a wise decision. I am certain Kazakh people value the stability along with other nations. The main thing is labor. Any labor leads to the result,” the Belarussian President said. 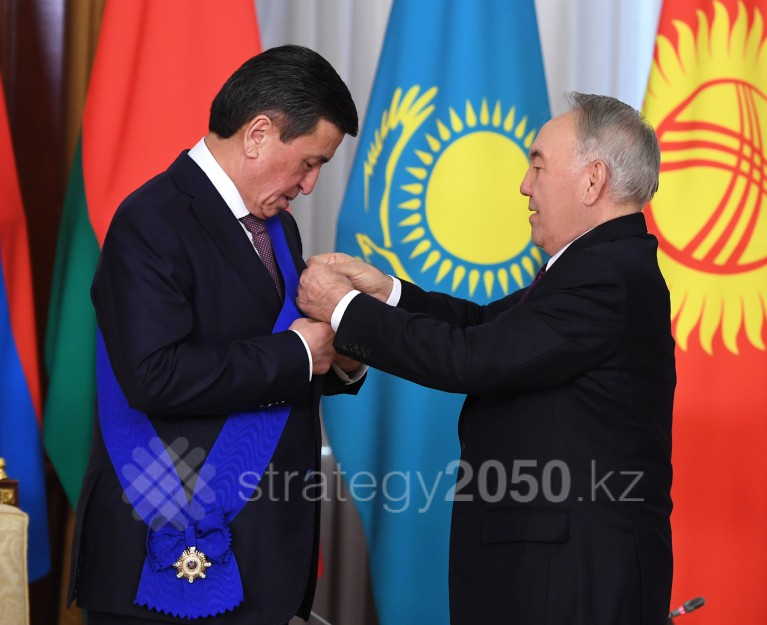 The first Kazakh President underlined the high level of relations between the two fraternal peoples.

“We are close, fraternal nations. I am fond of your people. I am sure that Kazakhstan will continue to support you,” the Leader of the Nation said.

In his turn, Sooronbay Jeenbekov thanked Nursultan Nazarbayev for the major Order and stressed the exceptional role of the Leader of the Nation in strengthening the friendship between the Central Asian nations.

“You are the leader of the Turkic world. You largely contributed to the enhancement of friendship between the Central Asian nations. It is an honor for me to receive this Order from the hands of the Leader of the Nation of the Kazakh people. I thank you for this,” the Kyrgyz President said.

During the talks with President of Tajikistan Emomali Rahmon, the Leader of the Nation noted that from the first days of cooperation Kazakhstan and Tajikistan had established the strong, friendly and trusting relations. 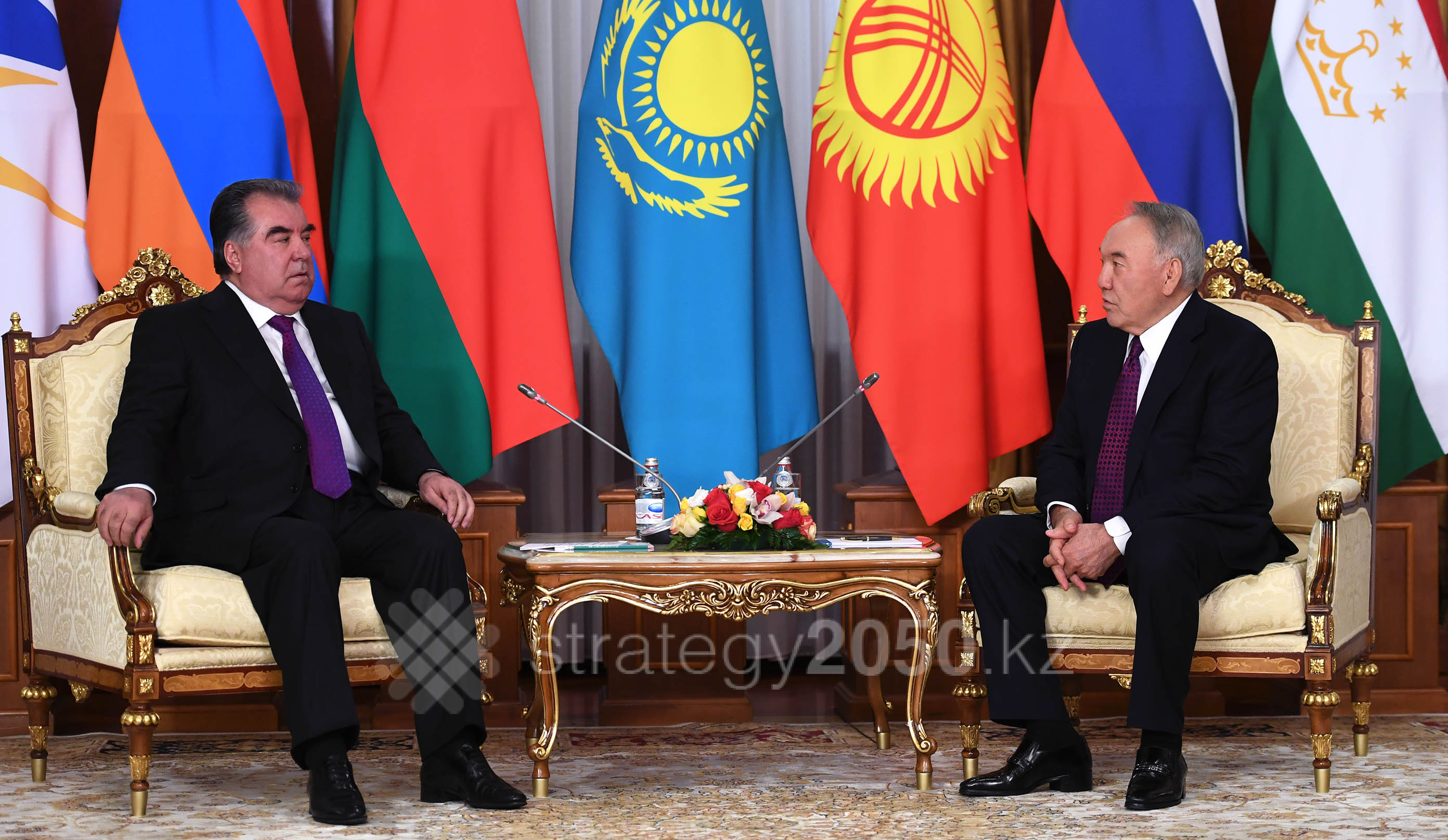 “Our friendship becomes even stronger year after year. You are at the helm of Tajikistan in the conditions of the difficult circumstance in the world. Your country steadily develops and enjoys stability,” Nursultan Nazarbayev said.

The first Kazakh President also underlined that the bilateral relations would continue to strengthen for the two fraternal peoples’ sake.

In his turn, Emomali Rahmon noted the high paces of development of Kazakhstan reached under the leadership of the Leader of the Nation.

“I am an eyewitness to Kazakhstan’s image change. I remember the first meetings in the capital, the changes are obvious. It regards not the capital alone but the entire country, which is the result of your hard work, wise and far-sighted policy,” the Tajik President said.

The Leader of the Nation also met with Armenian Prime Minister Nikol Pashinyan. Having welcomed the guest, Nursultan Nazarbayev marked the importance to develop and strengthen the bilateral trade and economic relations. 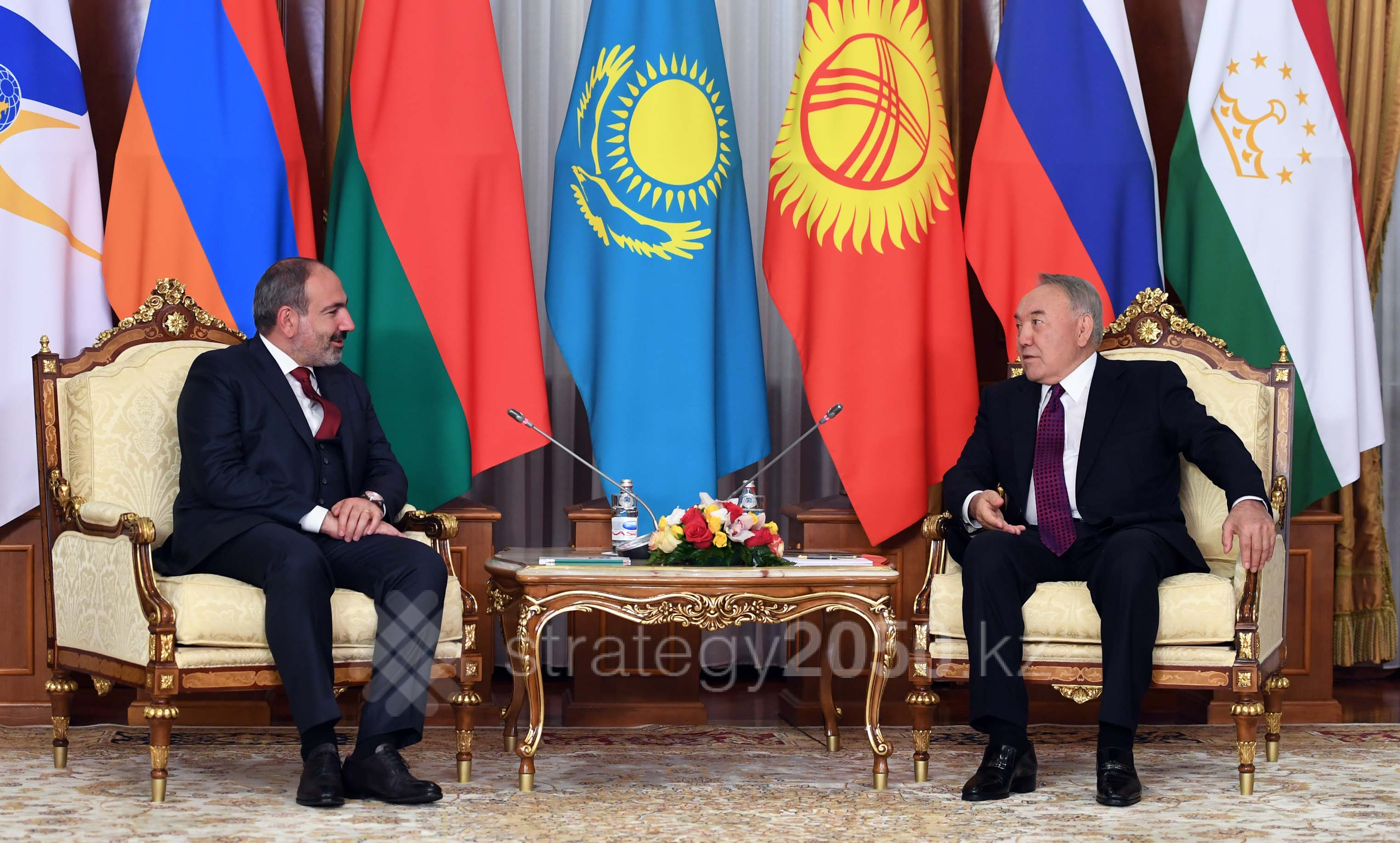 “Kazakhstan and Armenia always have good relations. The Armenian diaspora in Kazakhstan is the bridge between our countries,” the Leader of the Nation said.

Nikol Pashinyan pointed to the exceptional contribution of the first Kazakh President to the development of relations between the two countries and the integration processes on the Continent.

“I believe we have the opportunity to work in the economy field. Most importantly, the two Governments have the political will to develop relations as our nations have a historical link,” the Armenian Prime Minister said.

The first President of Kazakhstan received EEC Board Chairman Tigran Sargsyan. During the meeting, the two sides discussed the current state and prospects of development of the Eurasian Economic Union. 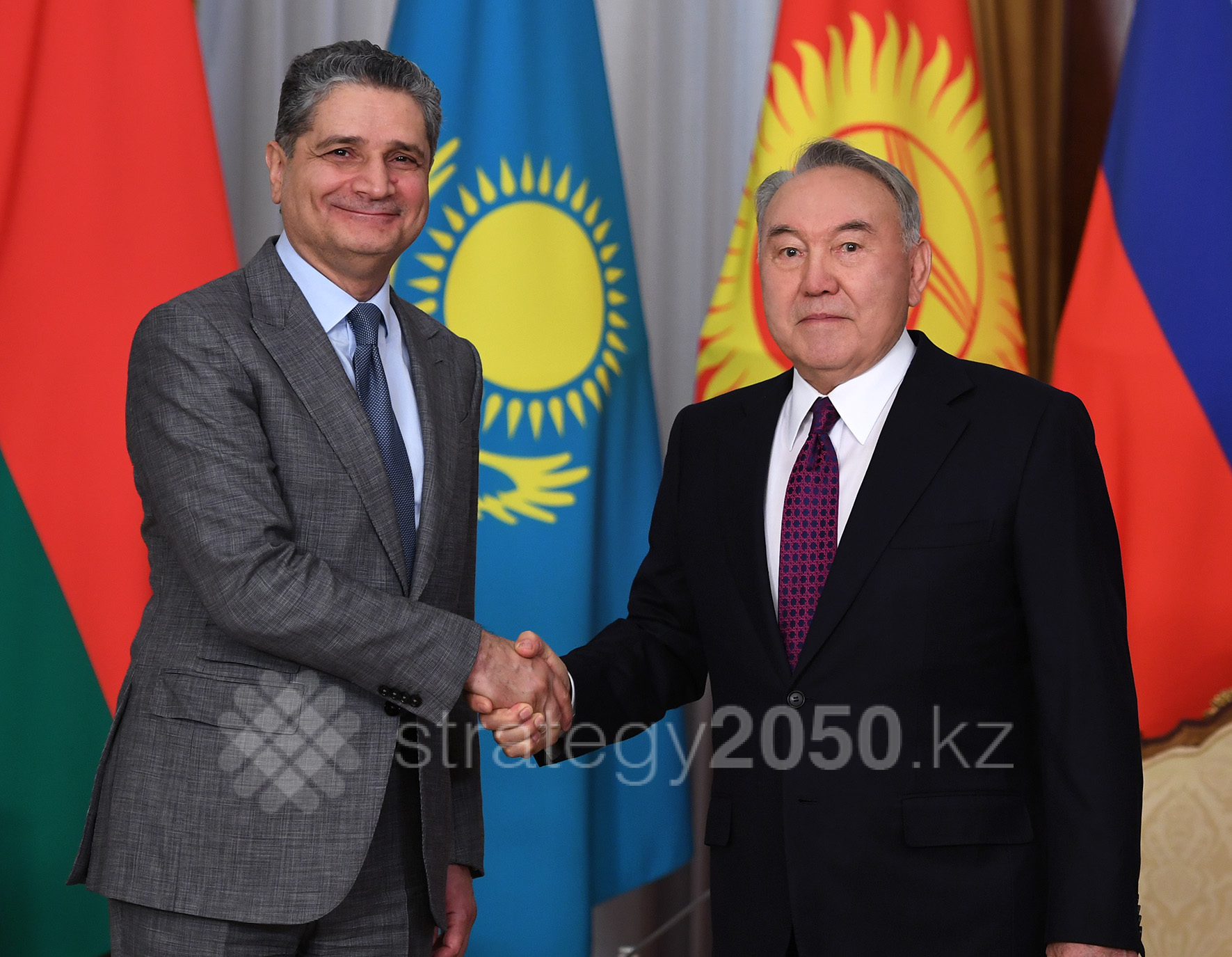 Nursultan Nazarbayev underlined that many countries and organizations are interested in cooperating with the EAEU and pointed to the necessity to expand the geography of the union’s economic partners.

“The Commemorative meeting of the Supreme Eurasian Economic Council is to take place here. You are presiding over the executive body of the union and successfully fullfilling the tasks set. We need to keep moving forward,” the first Kazakh President said.

On his part, Tigran Sargsyan told the achievements in the union’s development.

“I thank you for the opportunity to discuss the integration issues and practical implementation of the idea put forward by you 25 year ago. We have been implementing this project for 5 years now. Your wisdom demonstrated a quarter-century ago was vital for our countries,” the EEC Board Chairman said.