The Eurasian Economic Union (EAEU), founded back in 1 January 2015 purely for economic purposes, reaps its benefits now as its member States strive to ensure free movement of products, services, capital, people, and the common policies regarding various areas, including macroeconomy and antitrust regulation. The Union expands its economic relations with non-members, trade agreements were signed with China, Iran, and so on. About the creation of the Economic Union, some of the achievements and benefits, read the review of the Strategy2050.kz Information Agency. 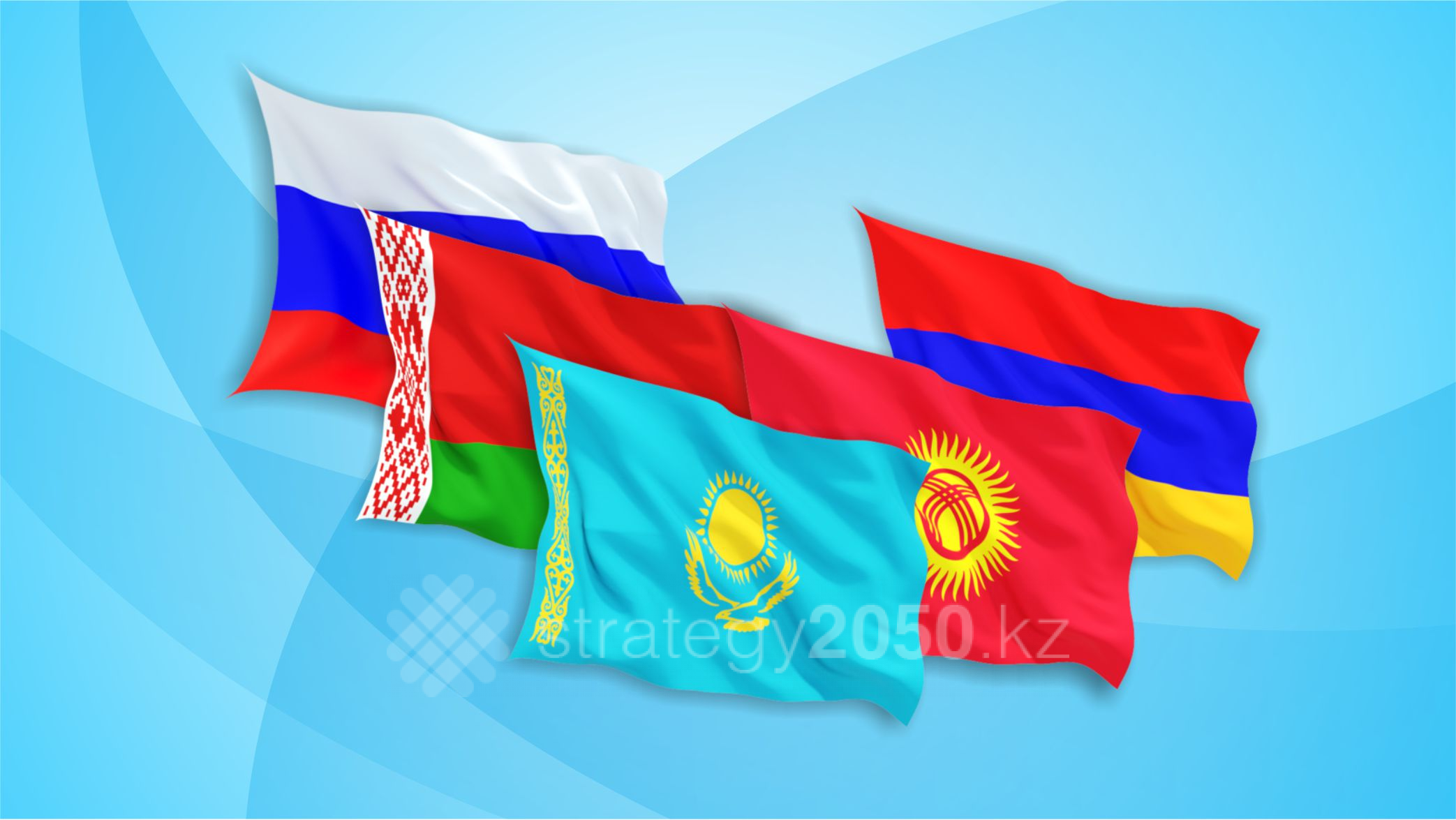 What’s behind its creation?

The Union was created to boost economic growth in the former Soviet countries within and beyond it.

“We pool our economic capacities for the sake of our peoples’ prosperity. The Union is economic and overlooks its member States’ independence and political sovereignty issues”, the first Kazakh President said in his address at Moscow State University.

Later on, the initiative was supported by the Russian high-ranking officials.

The EAEU member States’ aggregate economic indicator amounts to more than $2.2 trillion, and its population equals over 180 million people.

The Heads of State of the member States comprise the governing body Supreme Eurasian Economic Council. It deals with budget issues and allots contributions by its member States. The Supreme Council also takes decisions with regard to the Union’s strategy, direction and prospects of integration and goals.

The Council includes the Vice Prime Ministers of the member States, overseeing integration processes within the Union, and is responsible for monitoring the Commission’s overall management through approving the draft budget, the maximum number of personnel, and the qualification requirements for the Commission's employees.

The Board includes 12 commissioners, with one Chairman among them. Each member State is represented by two commissioners who are engaged in operational management, overseeing everyday work of the Eurasian Commission. All 10 commissioners are nominated by the Supreme Eurasian Council for a four-year renewable term.

The EAEU Court serves as the judicial body.

The Union’s main objectives and benefits

The Eurasian Economic Union largely targets at increased cooperation and economic competitiveness of its member States and stable development so as to raise the standard of living.

The Union ensures free movement of goods, services, labor and capital between the States, and provides for common policies in the macroeconomic sphere, transport, industry and agriculture, energy, foreign trade and investment, customs, technical regulation, competition and antitrust regulation.

The Union has not to date established a single currency.

The Union’s citizens have already experienced the upsides of free movement of labor as they can be employed in any member State under a labor contract or civil law contract without obtaining licenses, and use respective academic certificates without recognition procedures.

A set of documents aimed at creating the common market of medicines and medical products adopted in 2016 allows boosting pharmacy output, creating new jobs, reducing prices and raising the quality of medicines produced within the Union.

What have been reached so far?

The EAEU also seeks cooperation beyond its borders. Enhancement of trade and economic relations with the key partners and emerging markets should serve as a momentum to boost the role of the Union on the entire continent. Already more than 30 countries have showcased interest in cooperation with the Union in the form of non-preferential trade agreements or free-trade zones agreements.

Over 25 memorandums on cooperation with various countries including Mongolia, Chile, Peru, Singapore and Cambodia are concluded. While expanding its foreign relations, the Union has concreted trade and economic cooperation with China, Iran. An agreement on trade and economic cooperation between the EAEU and China was concluded on May 17, 2018 during the Astana Economic Forum. The agreement opens new opportunities for economic entities of the Union countries, giving a powerful impetus for boosting economic relations between China and the member States of the Union.

The interim agreement enabling formation of a free trade area between the EAEU and the Islamic Republic of Iran was concluded on May 17, 2018.

The agreement is to take three years to be a fully-functional agreement on free trade zone between the EAEU and Iran. The agreement includes a first-priority list of goods with the import duties thereupon in mutual trade to be reduced or cancelled after entering into force.

The Eurasian Economic Union is a relatively young formation to ensure close integration of its member States. Its multi-vector development is set for the stable development of not only the member countries, but also many of its allies and partners in both the east and the west. The Union serves as a good foundation for boosting its member States’ economic potential, positively impacting on economic relations with other countries, including Iran, the EU, China and so on.