There will be no duality of power in the country - Nazarbayev 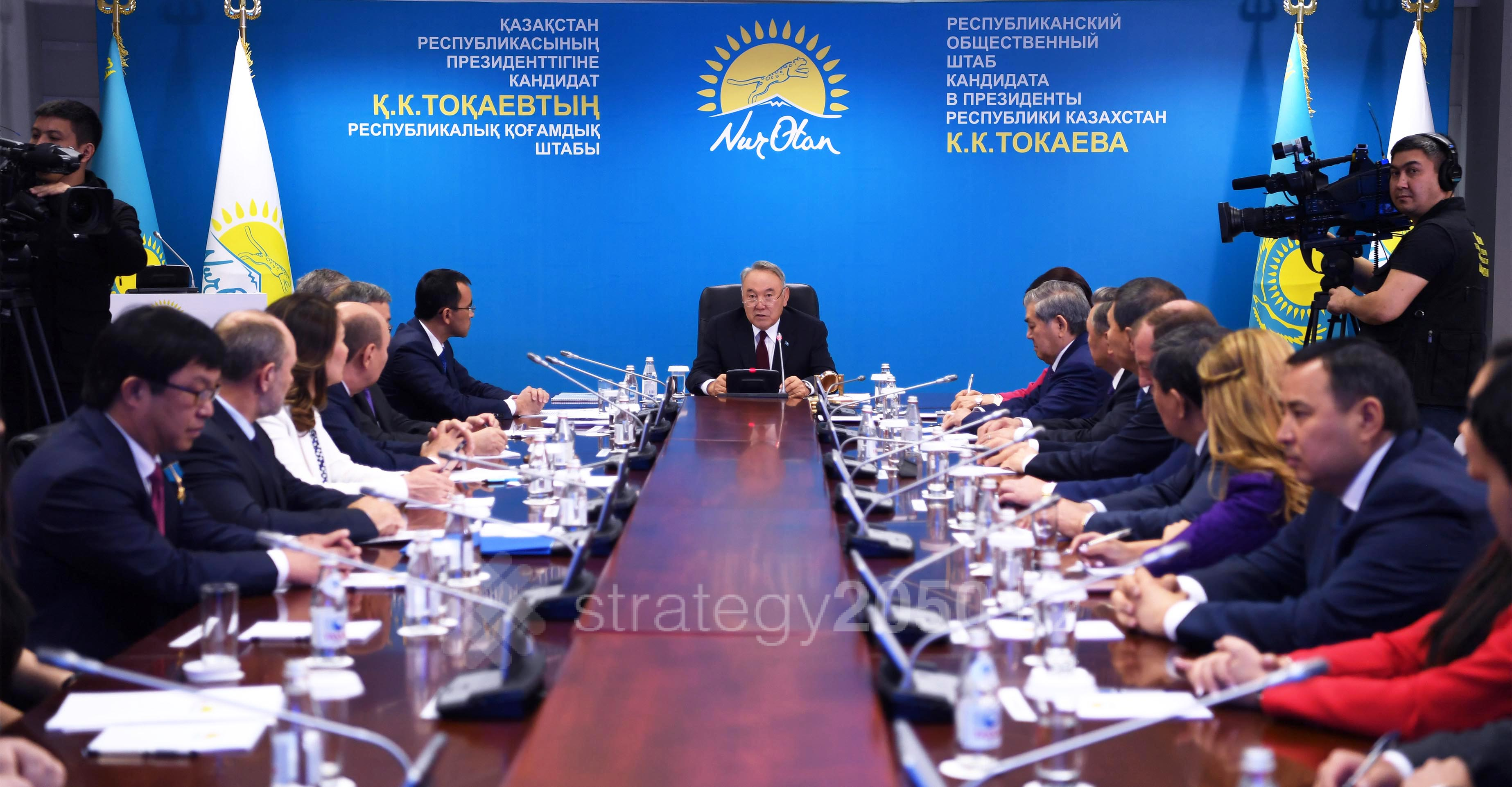 Opening the meeting, Nursultan Nazarbayev stressed that the work of the election headquarters is under his personal control.

“There are seven candidates participating in the election. This is a sign that there is political competition in our country. Candidates represent the interests of various social groups and associations. Each candidate has put forward his own program of further development of the country and society”, the First President of Kazakhstan said.

Yelbasy noted that equal conditions were created for all candidates. Nursultan Nazarbayev separately focused on the work of the headquarters youth branch.

“Since the first days of Independence, I’ve paid special attention to the education and training of young people. This work needs to be continued, because the future belongs to the educated population. Only those states that manage to train decent professionals will succeed in the future. I am glad that many iconic faces have entered the headquarters - representatives of the youth. Their participation in the election campaign is very important. Young people make up a significant part of the population of Kazakhstan - more than 4 million people. They all grew up in the years of independence. I have a very big hope for our youth”, the First President of Kazakhstan stated.

Republican and regional headquarters reported on their activities. The Nur Otan Party Chairman stressed the need to maintain the campaigning momentum. The Leader of the Nation highlighted the need to strengthen interethnic consent, consistent realization of the country's strategic course.

“There is no unemployment in Kazakhstan, but there is a shortage of occupations. Therefore, a program was developed, thanks to which the first working profession is given free of charge. We have created all conditions and opportunities for young people”, Nursultan Nazarbayev said.

Yelbasy highly appreciated the progress of the national campaign “Bіrge” aimed at forming an effective feedback with the population.

“The Party needs to ensure the effective control over the execution of all orders. The Party members should feel responsible. It is necessary to fulfill the Party Program until 2030, which we adopted at the 18th congress. Nur Otan Party should become the flagship of the country's modernization”, Nursultan Nazarbayev told.

In a conclusion, Nursultan Nazarbayev underlined the great significance of the current political processes taking place in the country urging Kazakhstanis to actively take part in the elections ahead.

“All the headquarters members are doing a great and important job. We have created a strong team that should succeed. I continue to work for the good of our country. I want to emphasize that there will be no dual power in the country. We will all work for the President, who will be elected by the people”, the First President of Kazakhstan concluded.