A delegation of Kazakh women consisting of the winners of the Coca Cola Belesteri project will participate in the international exhibition EXPO-2019 in Beijing. Meetings to exchange experiences in women’s entrepreneurship, to present the project’s achievements, to tour novice entrepreneurs’ enterprises in agriculture and greenhouse business are slated for the visit between 8 and 13 June. Learn more in a brief interview with Public Affairs and Communications manager of Coca-Cola in the Caucasus and Central Asia region, Alexandra Akkirman. 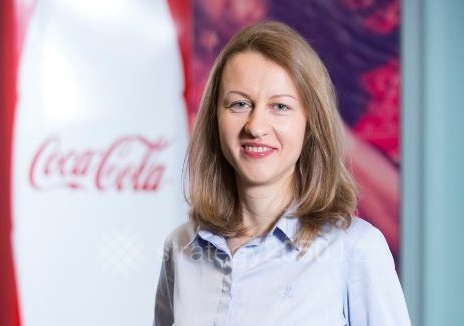 - What are the differences between Kazakh projects and projects of other countries?

- The Coca Cola company has the 5by20 program, aiming at involving 5 million women worldwide in business and entrepreneurship by 2020. Under the program, the company carries out various projects in different countries taking into consideration local dynamics and needs. Taking Kazakhstan as an example, there is a need to develop rural entrepreneurship, especially women’s entrepreneurship in rural areas. Other countries could need some training to involve women in doing business, to help them be more successful in corporate business to make their careers. Azerbaijan has the same project helping rural women. However, the difference is that their own village serves as the only market, while Kazakh women can sell their products in cities. In Azerbaijan, the products are sold locally, or in neighboring villages, and more women do goods and services over agriculture. The dynamics also set apart the Kazakh project as women are more active in all spheres of life. Here people are more responsible when implementing such projects, participating in them, and they are eager to do public work, resulting several cooperatives as women decided they could reach more working collectively.

- What Kazakh projects will be on display in China?

- Women who are doing business in horticulture and agriculture will leave for Beijing. They will present the projects on organoponic farming, honey production. They also will watch what are being done in China to improve their business when back Kazakhstan.

- Are Kazakh rural women interested in promoting their business?

- Indeed, they are very interested. There faced difficulties to involve women at the first stage, largely due do a lack of trust in city coaches. Once the women closely familiarized how the project works, especially the experience of those who were first to win the grant and realized their business ideas, they started showing more interest in the project. Many women are interested in running their own business. Many do not want to change their villages to big cities. However, the issue is that villages have less workplaces than cities do. Therefore, creating their own business is a good opportunity to sustain their economic existence.

- In my opinion, yes. Kazakh women are very active as they have many ideas, and do not stop on what have already been achieved and strive to further develop their businesses. Annual forums before the project’s each season are held, where women from regions and the project’s winners are brought. They are very active in discussions, debate with representatives of governor’s offices, small financing organizations in an attempt to tell about their problems, and offers solutions to them.

- Are there difficulties when carrying out the project?

- After six years, the main difficulty is Kazakhstan’s geographical size. There are intentions to implement the project throughout the country. However, it is difficult physically as the coaches are based in Astana and Almaty. As I have mentioned there were difficulties to engage them at the first stage due to mistrust. Now the fear is overcome thanks to word of mouth. Women share the information to each other, and start spotting opportunities in the project. So, the main problem is the lack of time, openness of roads and Kazakhstan’s wide geography.