Kazakhstan has been developing cooperation with Hungary for 5 years. Since then, the two countries have been actively collaborating and conduct bilateral events in a bid to step up cooperation. One of the highlights of this week was the opening of Croatia’s embassy in the Kazakh capital of Nur-Sultan, setting out the two countries’ growing cooperation. To know more about this week’s main events, read the article below. 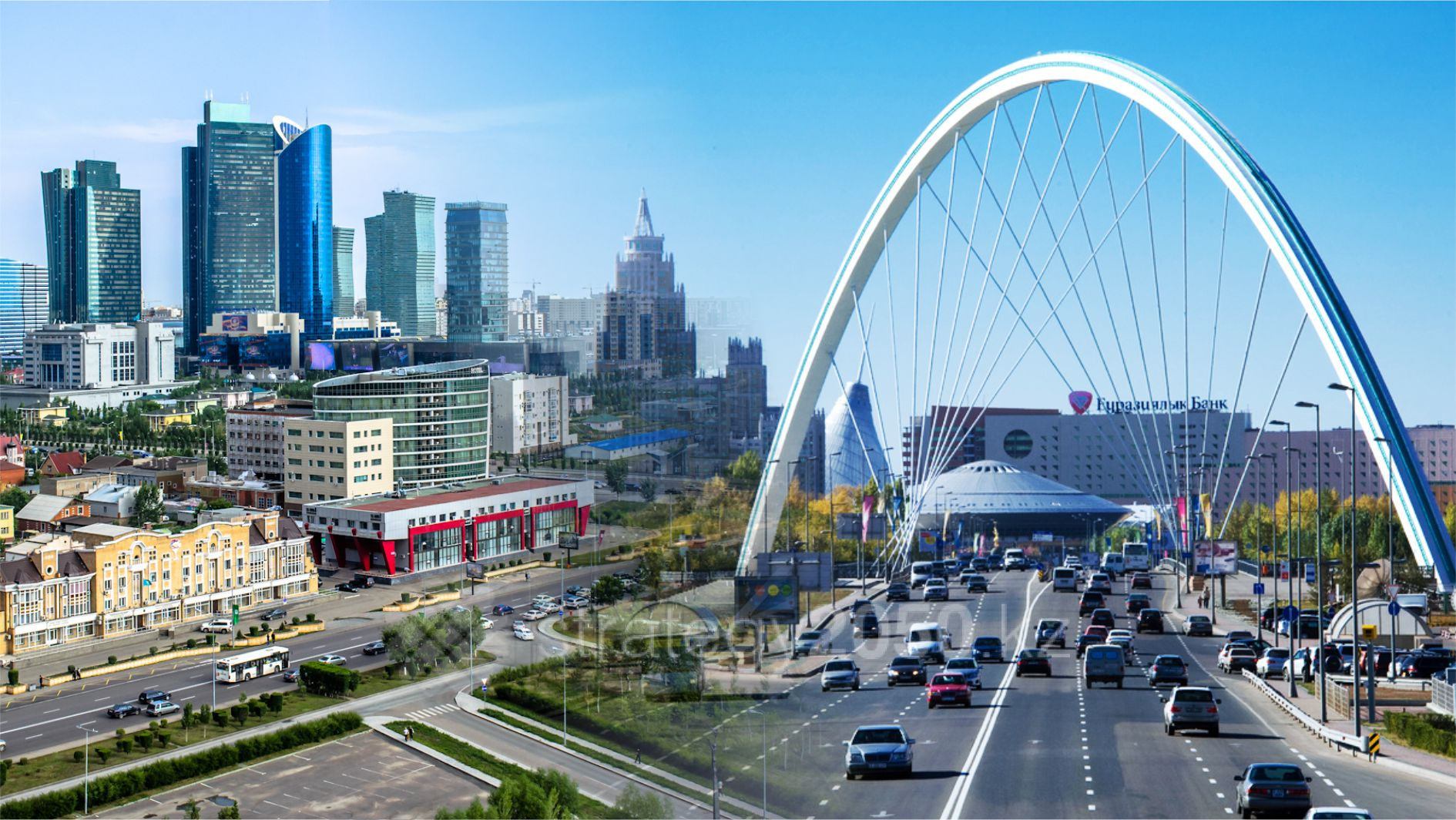 Deputy Prime Minister and Minister of Finance of Hungary Mihaly Varga arrived in Kazakhstan to partake in the Kazakh-Hungarian Business Investment Forum held early this week. The event rallied over 150 representatives of business circles from both countries, with predominant Hungarian businessmen of over 100 people. 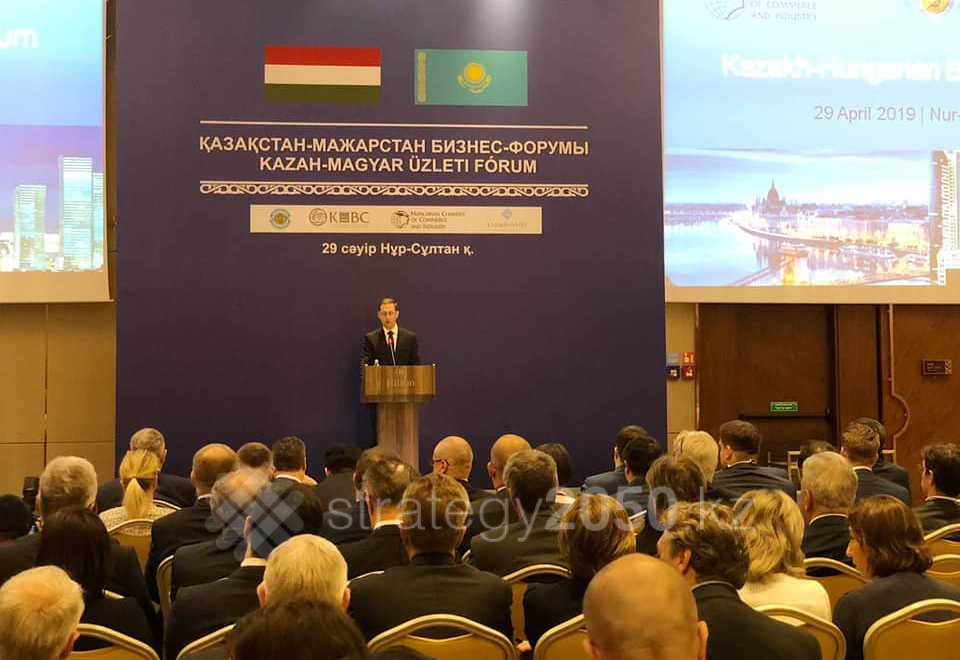 Kazakhstan and Hungary have been successfully partnering for 5 years now 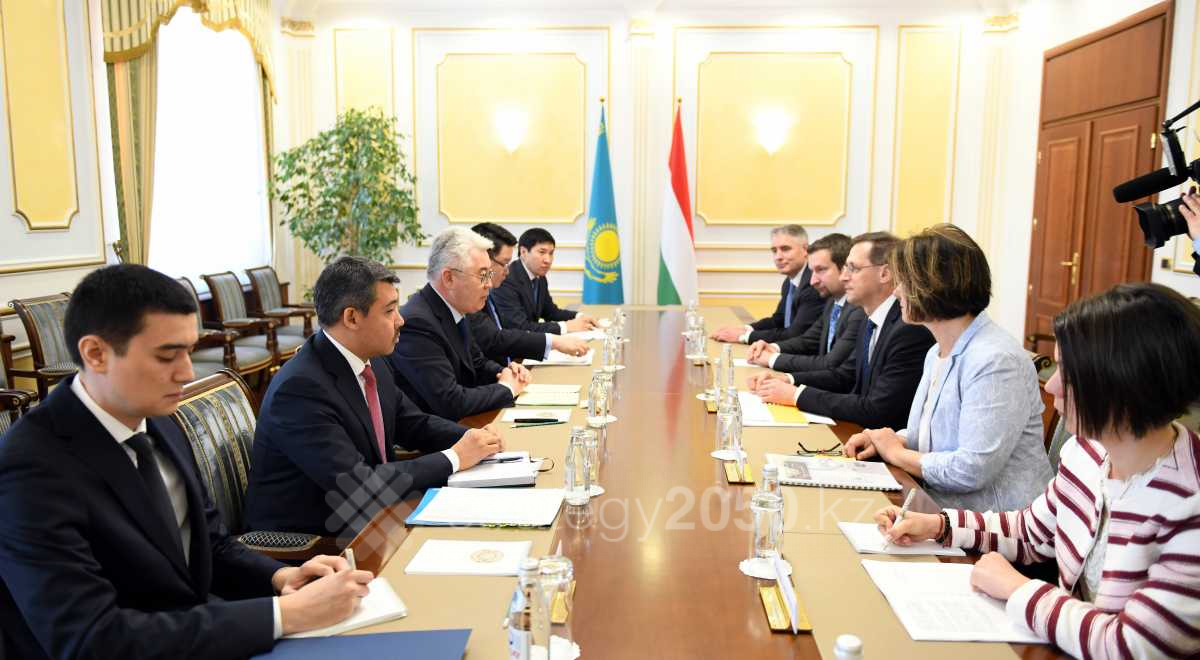 The meeting agenda discussed the bilateral cooperation, as well as the prospects for expanded political dialogue and strengthened trade, economic, cultural and humanitarian cooperation.

The need to arrange the next meeting in time for the 5th anniversary of strategic partnership between the two countries was voiced by the Kazakh Foreign Minister. He also urged the Strategic Council to set up the effective realisation of the agreements concluded by first Kazakh President Nursultan Nazarbayev, Kazakh Head of State Kassym-Jomart Tokayev, Kazakh PM Askar Mamin and Hungarian PM Viktor Orban, who was on an official visit to Nur-Sultan on 23-24 April.

The parties decided on the priority areas, they include agriculture, military and technology, education, pharmacy, finance, oil and gas and nuclear industries.

The Nur-Sultan-Budapest direct flight, as well as the 40 million dollars Kazakh-Hungarian Direct Investment Fund successfully operate. The Fund completed a high-tech greenhouse complex’s construction in Aktobe region, with the project “Creation of apple orchards in Zhambyl region” being carried out.

Education remains key in the cultural cooperation, with the Hungarian government granting 250 scholarships annually. Around 500 Kazakh students study in Hungary, and the Kazakh language is taught at the University of Szeged and the people's college in Lakitelek.

The meeting promised involvement of the Intergovernmental Commission on Economic Cooperation, Working Groups on Tourism and Nuclear Industry and the Business Council to complete the tasks set in an effective way.

Croatia opens its embassy in Kazakhstan

While meeting Kazakh Foreign Minister Beibut Atamkulov, the Croatian politician talked of the role of first Kazakh President Nursultan Nazarbayev in establishing Kazakh statehood, the successful ambitious reforms and greater international standing of Kazakhstan. The significance of stability when handing over political power in Kazakhstan, as well as the confidence that the upcoming Kazakh presidential election will be democratic were expressed.

The Kazakh-Croatian bilateral trade grew 8-fold and stood at 350 million dollars in 2018. Kazakhstan registered over 20 Croatian companies in construction, information technology, food and trade. Among the major projects are construction of the Zagreb residential complex in the city of Nur-Sultan, the health integration platform and e-health passports implemented by the Kazakh health ministry Croatia’s Ericsson Nikola Tesla, Sultan LLP and Croatia’s Instrumentaria joint production of orthopedic articles.

Minister Atamkulov commended Croatia’s foreign policy achievements over its first ever presidency of the European Union in early 2020. Both sides vouched readiness to develop cooperation within the Enhanced Partnership and Cooperation Agreement between Kazakhstan and the EU.

In turn, Deputy PM Pejčinović Burić pointed to Kazakhstan's essential role as a non-permanent member of the UN Security Council in 2017-2018, its contribution to international security, including the Syrian peace process held in Nur-Sultan, as well as the idea of a nuclear-free world and the development of dialogue between cultures and religions.

Both foreign ministers attended the opening of the Croatian embassy in Nur-Sultan, which is the 70th foreign mission in Kazakhstan.

The Kazakh Foreign Minister told that the opening of the Croatian embassy was Croatia's serious, overwhelming respect for Kazakhstan, a sign of special bonds and friendship with Kazakhstan. 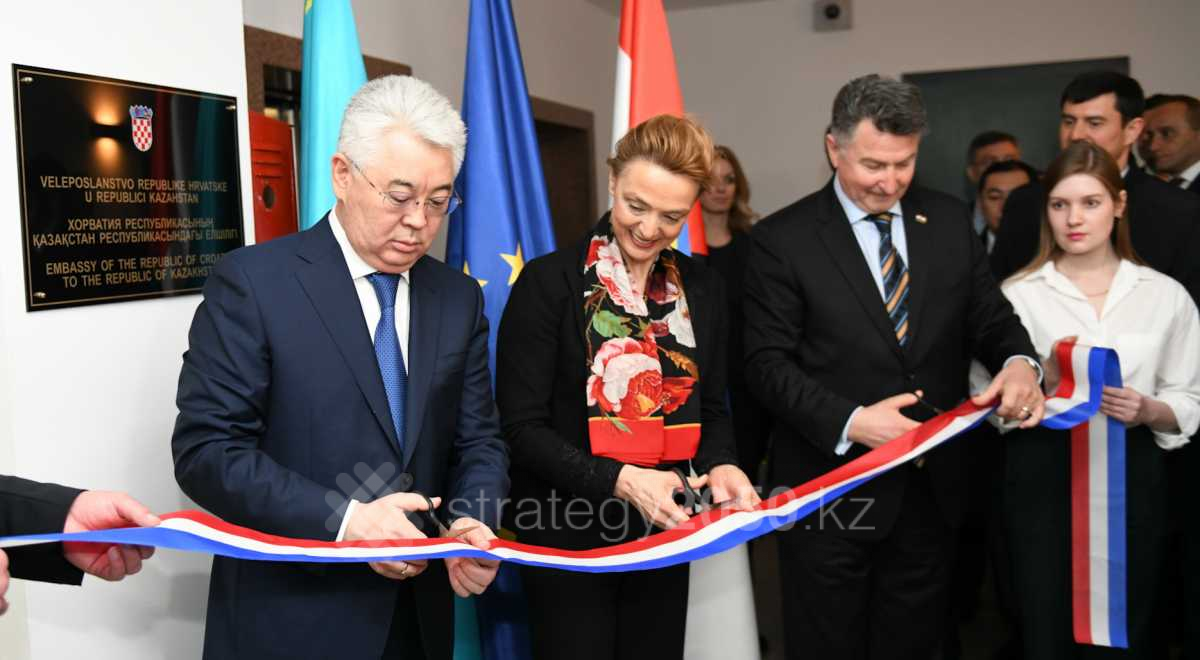 The Kazakh embassy was opened in Croatia in December 2007.

Kazakhstan expressed its strong support for the strict and full implementation of the provisions of the Treaty on the Non-Proliferation of Nuclear Weapons (NPT) by the Parties to the Treaty, Yerzhan Ashikbayev, a head of the Kazakh delegation, told at the 3rd preparatory meeting to the 2020 NPT Review Conference. 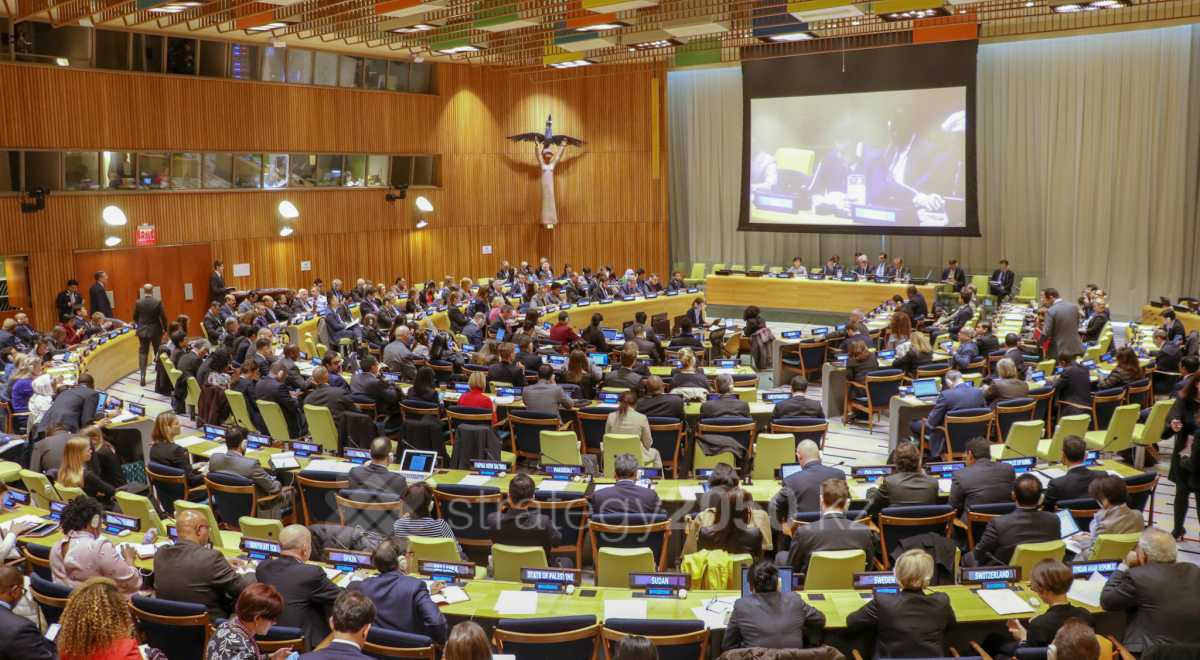 Acting as a resident coordinator of the Central Asian zone, the Kazakh delegation’s head urged the United States for early ratification of the Protocol on Negative Security Assurances (non-use of nuclear weapons) to the Semipalatinsk Treaty, as well as looked forward to creating new nuclear-weapons-free zones in the world.

The meeting marked 25 years since Kazakhstan joined the NPT.

During the meeting, concern was expressed over growing distrust between the nuclear powers, and the interaction between nuclear and non-nuclear States, compromising the effectiveness and unconditionality while implementing all the provisions of the NPT.

As Kazakhstan’s significant contribution to the common objectives of the safe and secure use of atomic energy in peaceful purposes, the IAEA LEU Bank was marked.

Kairat Umarov, Permanent Representative of Kazakhstan to the United Nations in New York, reportedly briefed the leading international media outlets on the preparations for the upcoming Kazakh presidential elections in New York. 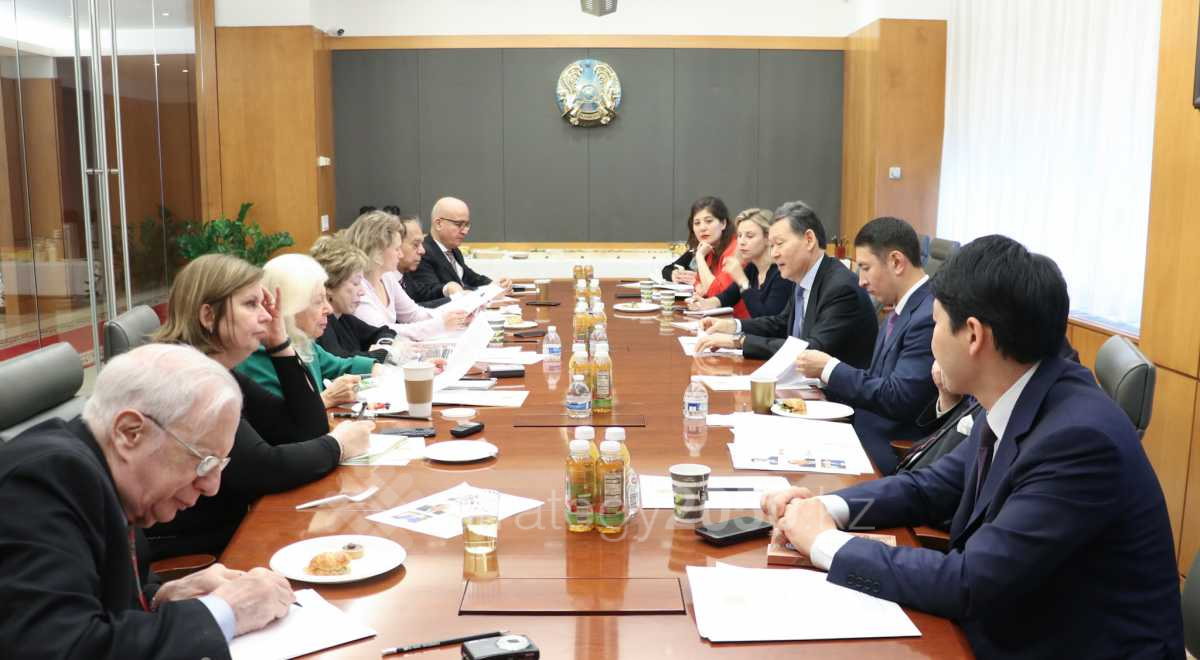 He marked the historic significance of Nursultan Nazarbayev's decision to step down as president both for Kazakhstan and the whole region, adding that current Kazakh President Kassym-Jomart Tokayev called a snap presidential election to remove any uncertainties and confirm the continuity of the country’s domestic and foreign policies.

He also informed that the nomination was completed on 28 April, and that the eight political parties and public associations submitted documents to the Central Election Commission.

The Kazakh presidential election will take place on 9 June 2019. The article “How will extraordinary election of Kazakh President be held?” unveils details on how to become a president in Kazakhstan. 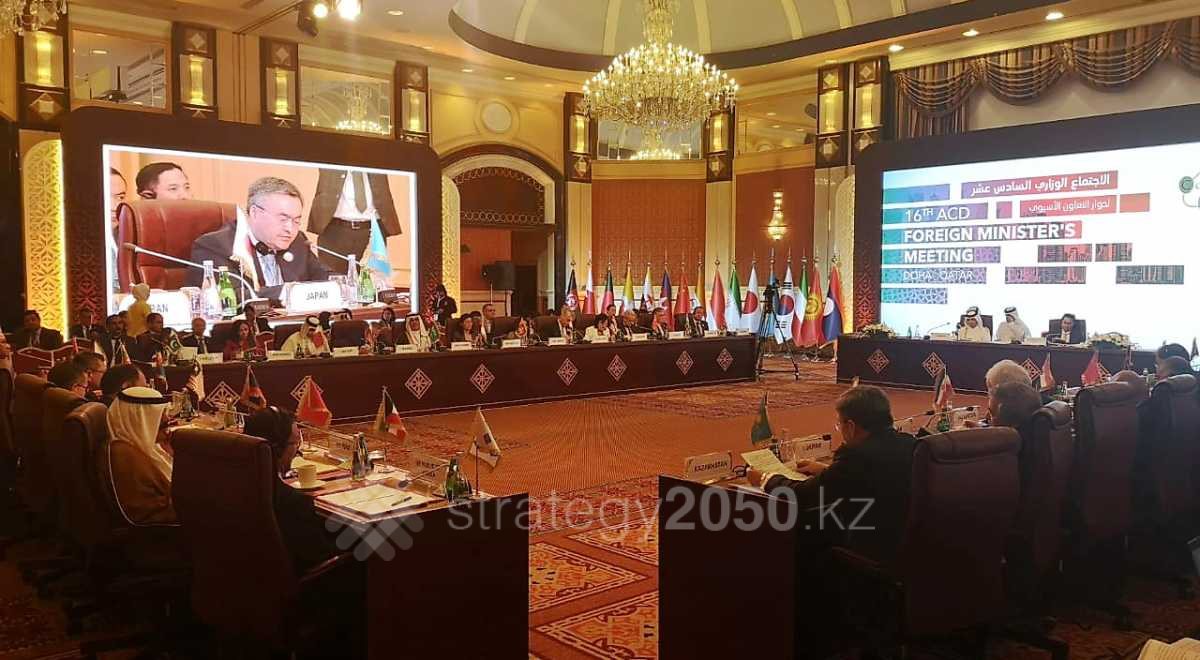 2 May 2019 the 16th Ministerial Meeting of the Asian Cooperation Dialogue (ACD) took place in Doha, Qatar, which discussed expanded economic cooperation and strengthened scientific and technical exchange. High-ranking representatives of up to 30 Asian countries dealt with furthering the dialogue between Asian countries, which over the past few decades have turned into a dominant global region and shown the significant growth.

First Deputy Minister of Foreign Affairs Mukhtar Tleuberdi, who headed the Kazakh delegation, stressed that Kazakhstan had initiated the Conference on Interaction and Confidence Building Measures in Asia (CICA) and was an active member of some Asian organizations. He called for deepened interaction between international organizations in Asia to step up confidence and cooperation.

Joined the Asia Cooperation Dialogue, a multilateral forum for conducting consultation, decision-making and taking measures in various cooperation areas, in 2003, Kazakhstan creates a favorable environment for foreign economic activities of its businesses and greater bilateral and multilateral relations.

The Kazakh Ministry of Foreign Affairs hosted a meeting of Foreign Minister Beibut Atamkulov and the UK Prime Minister’s Trade Envoy to Kazakhstan Baroness Nicholson, featuring new arrangements for the work with the Kazakh Foreign Ministry in transferred competences to attract foreign investments in the country’s economy.

While exchanging views, the parties dealt with the current issues of protection of foreign investors’ rights, as well as the preparation for the 2nd Kazakhstan-UK Investment Forum, to be held this October in London. The meeting also considered the development of mutually beneficial cooperation between Kazakhstan and Great Britain within the initiative “One Belt, One Road”, which is actively pushed forward by China. 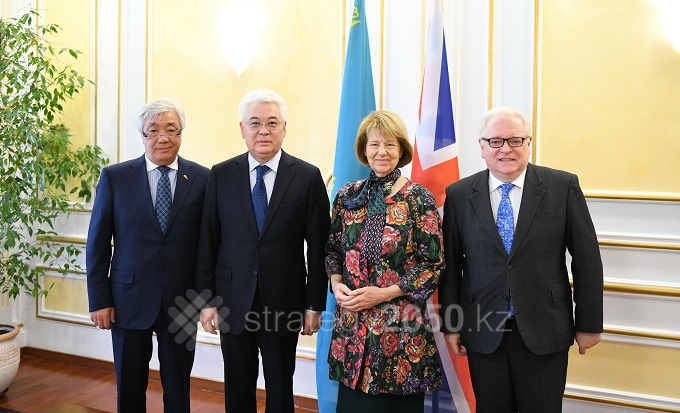 Such cooperation brings additional opportunities to open up new markets, attract capital and innovative technologies. The British side was briefed on the performance of the seaport of Lianyungang, a dry port in Khorgos and joint Kazakh and Chinese industrial projects.

Great Britain is among the five largest investors in the Kazakh economy, with the amount of gross direct investments coming from the UK between 2005 and 2018 standing at over 13.3 billion US dollars. As of today, there are over 860 legal entities, branches and representative offices with British participation registered in Kazakhstan, of which just above 500 companies work actively.

Photo by the Ministry of Foreign Affairs