Head of State Kassym-Jomart Tokayev met the Assistant to the Russian President, the Kazakh General Prosecutor, the National Bank Chairman, the Minister of Defense and the Governor of the Zhambyl region in the Presidential Palace Akorda. 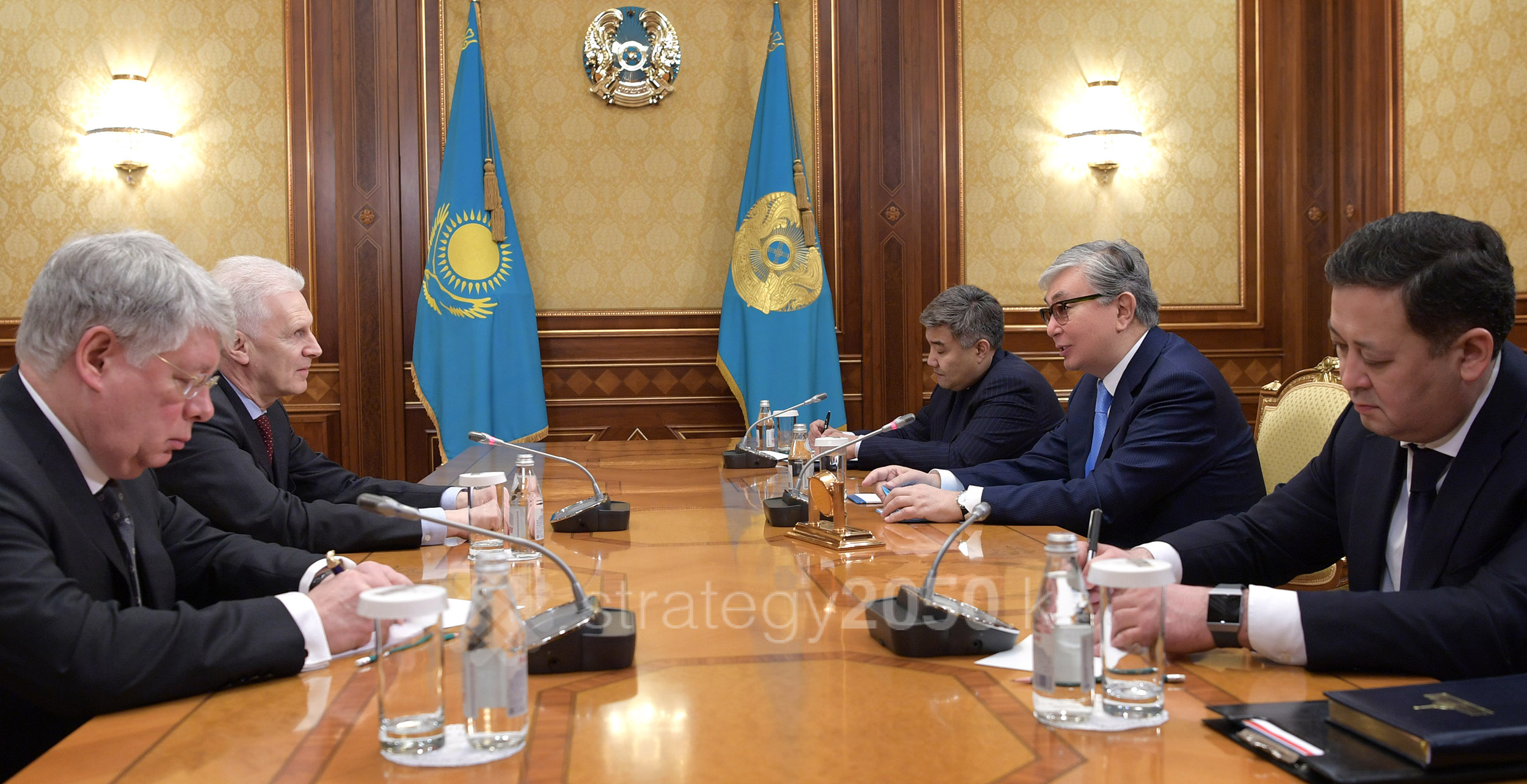 During a meeting with Assistant to the Russian President Andrei Fursenko, the Kazakh Head of State outlined the importance of Kazakhstan and Russia’s partnership and alliance in advancing the long-term national interests of the two States.

“The First President of Kazakhstan – Leader of the Nation, Nursultan Nazarbayev, always underlines the model relations between Kazakhstan and Russia. Therefore, my responsibility, as the Head of State, is to give added impetus to develop the bilateral cooperation, the foundation for which was laid by our leaders Nursultan Abishevich Nazarbayev and Vladimir Vladimirovich Putin,” said Kassym-Jomart Tokayev.

In the context of the upcoming official visit, the Kazakh Head of State to Russia informed that educational, scientific, technological and cultural exchange issues would be discussed during the high-level talks.

In turn, Mr Fursenko informed Kassym-Jomart Tokayev on the results of his visit to the city of Nur-Sultan.

“We’ve had constructive and interesting talks, visited the National Biotechnologies Center, Nazarbayev University, the Senate of Parliament. Our countries are successfully cooperating in science as there are common priorities and the development potential in this area,” said the Assistant to the Russian President.

National Bank Chairman Yerbolat Dossayev reported on the current situation in the currency market and the activities undertaken to credit and recover the country’s financial sector to the President, as well as on the factors affecting the national currency’s exchange rate.

Kassym-Jomart Tokayev underlined the necessity to carry out supervision in this area by the National Bank.

General Prosecutor Gizat Nurdauletov presented a report on the activities of the law enforcement bodies of the country to the Head of State.

The Kazakh President underlined the key role of the Prosecutor’s Office as the country’s supervisory authority in observing the legal rules, rights and legal interests of the citizens.

A report on the social and economic development of the Zhambyl region was presented to the President by Governor Askar Myrzakhmetov, as well as on the results of the Leader of the Nation’s instructions within the current address to the people of Kazakhstan and the 18th session of Nur Otan party.

Minister of Digital Development, Defense and Aerospace Industry Askar Zhumagaliyev informed the President of Kazakhstan on the results of the Ministry’s work and mid-term plans.

The quality realization of the tasks set to the Ministry to increase the level and technological modernization of the defense industry and aerospace sphere was underlined by the Head of State. Kassym-Jomart Tokayev highlighted the need for step-by-step and all-round implementation of digital technologies.

Kazakh President to leave for Russia

Kazakh President: The main goal is to increase the wellbeing of our citizens