Head of State Nursultan Nazarbayev took part in a solemn reception on the occasion of the celebration of Independence Day of Kazakhstan, the press service of Akorda reported. 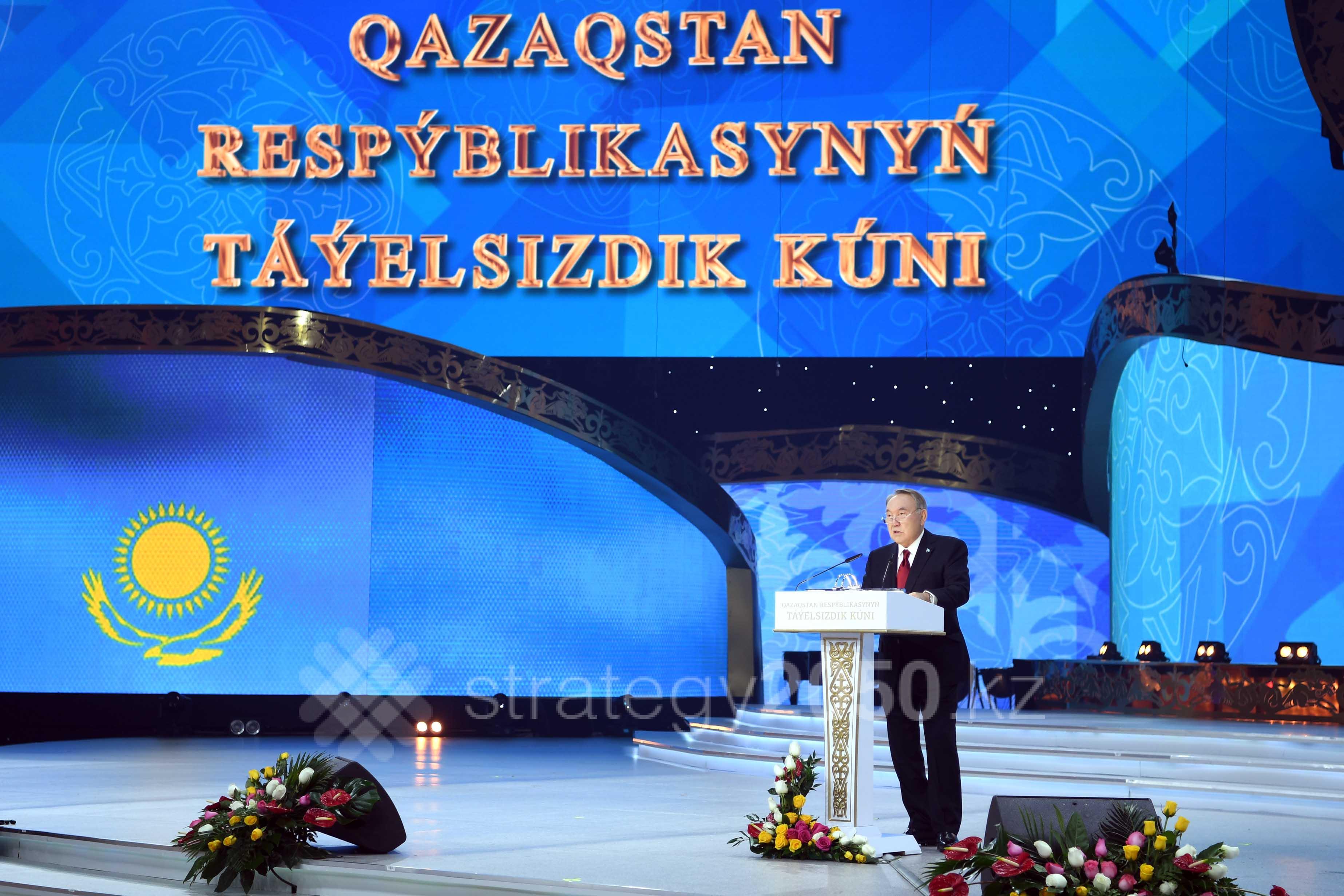 Speaking at the gala reception, the Head of State congratulated those present and all the people of Kazakhstan on the national holiday - Independence Day.

The President of Kazakhstan stressed that over 27 years of independence, our country has reached great heights in its development.

Nursultan Nazarbayev emphasized the important role of Kazakhstan’s young capital in the history of the formation of the sovereign state.

“Located in the heart of Eurasia, the new capital is a symbol of prosperous Kazakhstan. This year, we have celebrated the 20th anniversary of our Astana at a high level, in the celebration of which all regions of the country took part”, the Head of State said.

The President of Kazakhstan stressed that the large-scale market reforms carried out in the country allowed the entrepreneurial talent of more than one million citizens to be used in the economy.

“The systemic industrialization of the economy has led to a significant increase in the share of the manufacturing industry, which now amounts to almost 9.5 trillion tenge”, Nursultan Nazarbayev said.

The Head of State also pointed out that thanks to investments in the transport and logistics infrastructure, Kazakhstan has become a powerful transit hub of continental importance.

In addition, the President of Kazakhstan noted that over the years of independence, the number of people with incomes below the subsistence minimum dropped 15 times, and real wages increased 4 times.

“One of the most important achievements of sovereign Kazakhstan became the increase in the absolute population of over 18 million people and an increase in life expectancy to 72.5 years. All these important victories and triumphant results convincingly testify to the loyalty of our chosen course”, Nursultan Nazarbayev said.

The President of Kazakhstan focused on the main results achieved during 2018, both in the foreign policy and in the framework of the modernization programs.

“The responsible and pragmatic foreign policy has helped us significantly strengthen our position on the world stage. The successful peacekeeping activities of Kazakhstan contributed to the effectiveness of the inter-Syrian negotiations in Astana”, the Head of State stated.

“It is important for us to always remember that the foundation of all achievements is unity and consent in society. The Kazakhstan model of interethnic and interfaith development has long become an international brand of the country”, the Head of State said.

The President of Kazakhstan focused on the fact that all recent initiatives in the country are aimed at improving the quality of life, ensuring a high level of public security and systematic growth of the well-being of our citizens.

“An important direction for us is the complex modernization of the social sphere. For all the years of independence, about one million Kazakhstanis have found their hearth and roof over their heads. In the next five years, we will build more than 70 million square meters of housing, which will allow almost two million citizens to celebrate the housewarming”, Nursultan Nazarbayev said.

In conclusion, the Head of State expressed confidence that the modern generation of independence will adequately respond to all the challenges of the time and ensure the well-being and prosperity of each Kazakhstani family.