Since gaining independence, under the leadership of President Nursultan Nazarbayev, Kazakhstan has made the incredible way from the peripheral republic of the Soviet Union to the full member of the global community, respected, responsible and demanded international partner in solving global and regional problems. Thanks to the global initiatives of the Head of State, Kazakhstan has achieved significant progress in its development. This has allowed the country to gain significant political influence and international prestige. The "Strategy2050.kz" Information Agency offers a selection of the global initiatives made by the Leader of the nation over the years of Kazakhstan’s Independence. 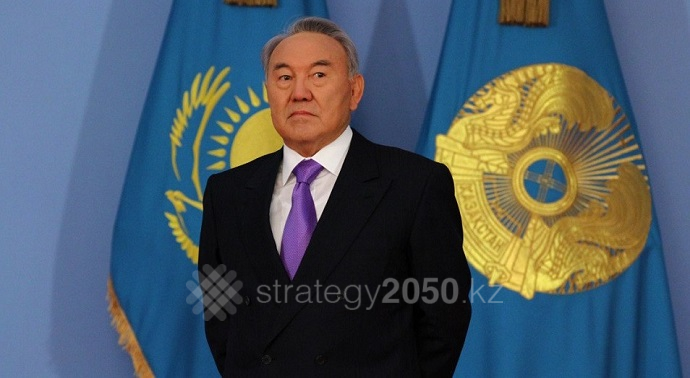 Nursultan Nazarbayev decided voluntary to refuse Kazakhstan from the nuclear Soviet heritage - the fourth power in the world. On August 29, 1991, Semipalatinsk Nuclear Test Site was closed in Kazakhstan. On 2 December 2009, the 64th session of the United Nations General Assembly declared 29 August the International Day against Nuclear Tests by unanimously adopting resolution 64/35. The resolution calls for increasing awareness and education “about the effects of nuclear weapon test explosions or any other nuclear explosions and the need for their cessation as one of the means of achieving the goal of a nuclear-weapon-free world”. The resolution was initiated by Kazakhstan, together with a large number of sponsors and cosponsors with a view to commemorate the closure of the Semipalatinsk Nuclear Test site on 29 August 1991. The Day is meant to galvanize the United Nations, Member States, intergovernmental and non-governmental organizations, academic institutions, youth networks and the media to inform, educate and advocate the necessity of banning nuclear weapon tests as a valuable step towards achieving a safer world. 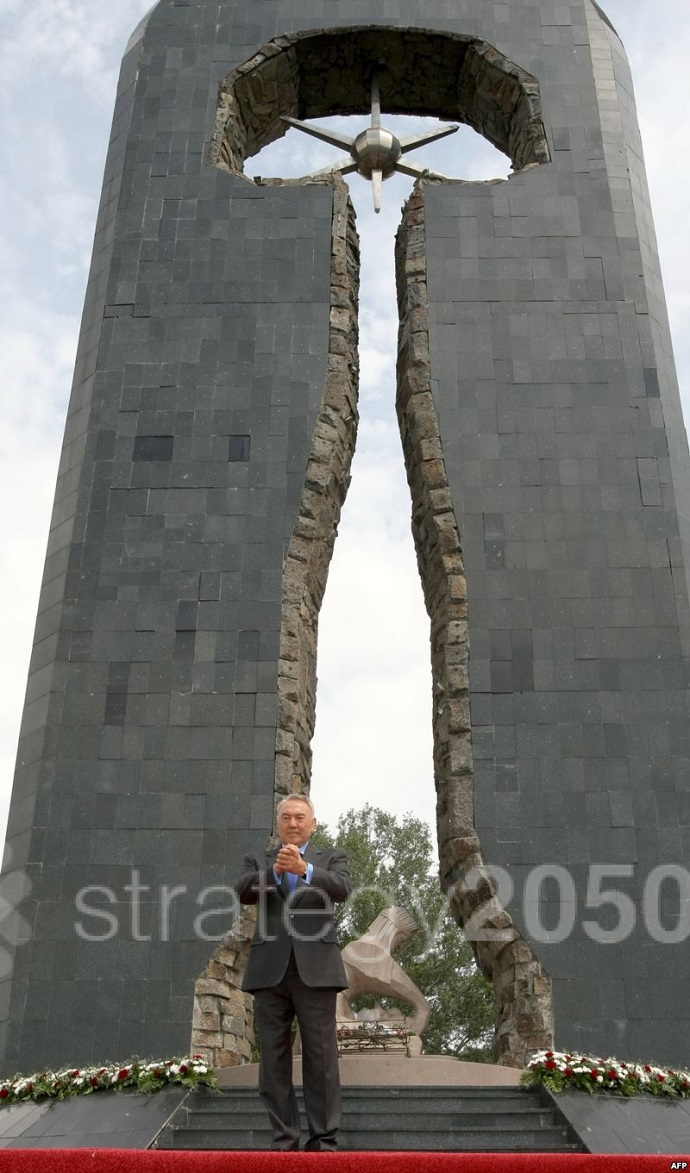 Manifesto. “The World. The XXI Century”

The global anti-war address of the President of Kazakhstan the Manifesto “The World. The XXI Century” to all peoples and leaders of the world received the worldwide recognition. The Manifesto gained the status of the official document of the Security Council and the General Assembly. This showed the high recognition by the international community for the efforts and the personal contribution of Nursultan Nazarbayev to strengthening global security. The Manifesto of Nazarbayev presented clearly the conditions that will launch the global process - the world without war and international nuclear control. 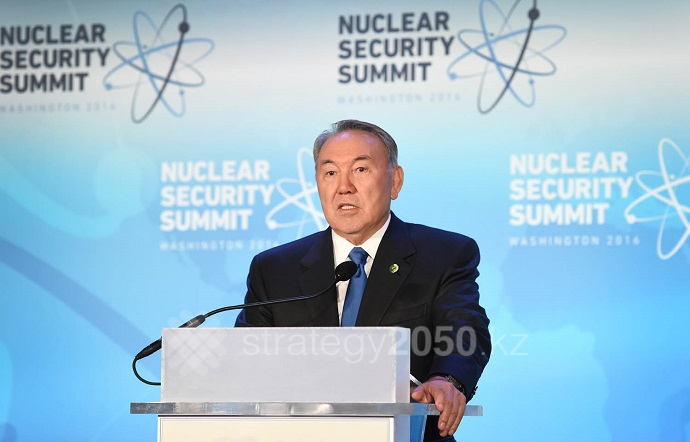 Universal Declaration on the Achievement of a Nuclear-Weapon-Free World

During its Dec. 7 plenary session, the United Nations General Assembly approved the Universal Declaration on the Achievement of a Nuclear-Weapons-Free World put forward by Kazakhstan and co-sponsored by 35 countries. The idea was initiated by President Nursultan Nazarbayev at the first Nuclear Security Summit in Washington, D.C. in April 2010. Later, the Head of State reiterated his proposal on Sept. 28 at the general debate of the 70th session of the UNGA in New York. The document itself calls for a number of major points. First is the total elimination of nuclear weapons as the only absolute guarantee against their use or threat of use. Second is the adoption of a global multilateral and legally binding document that provides for the total elimination of nuclear weapons. The third point is the redirection of the investment of human and economic resources that now go toward the development, maintenance and modernization of nuclear weapons into strengthening sustainable development, peace and security, as well as saving millions of people from poverty. Finally, it calls for compliance with the norms of international law, including international humanitarian law, because of the catastrophic humanitarian consequences from any use of nuclear weapons. 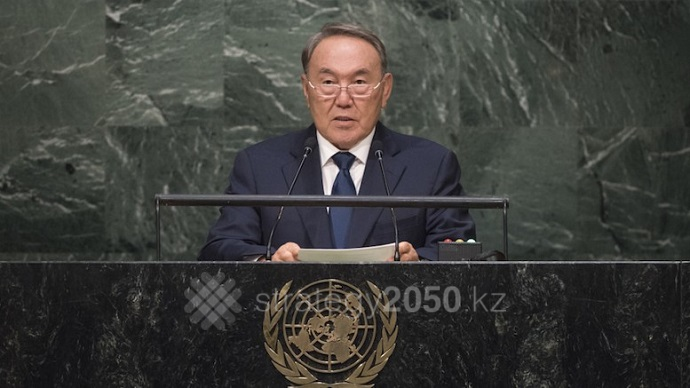 One of the important steps made by Kazakhstan in achieving a nuclear-free world is launching an international campaign, the “ATOM (Abolish Testing. Our Mission) Project”. The Project aims to mobilize public opinion against nuclear tests and subsequently completely renounce nuclear weapons worldwide. President Nazarbayev announced the “ATOM Project” in Astana at the international conference “From nuclear test ban to a world free of nuclear weapons” on August 29, 2012, the UN’s International Day against Nuclear Tests. Within the framework of the project, anyone in the world, who opposes nuclear weapons, can sign an online petition urging all governments to permanently renounce nuclear testing and achieve an entry into force of the Comprehensive Nuclear Test Ban Treaty (CTBT). 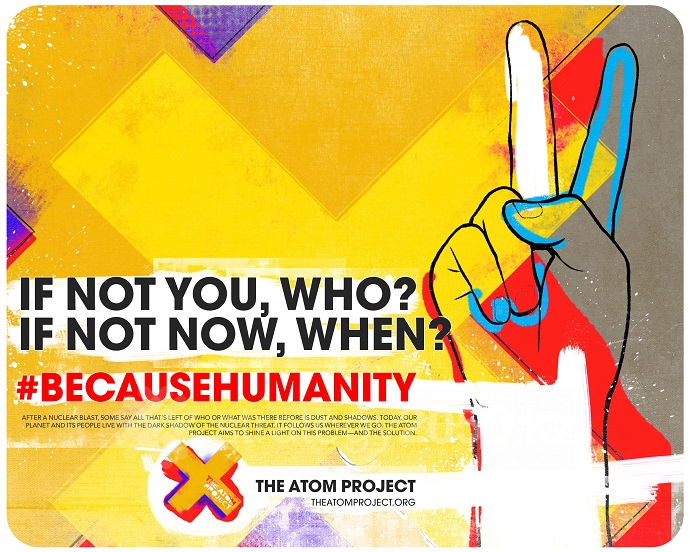 The IAEA’s Low Enriched Uranium Bank is located at the Ulba Metallurgical Plant in Oskemen city in northeastern Kazakhstan. The LEU bank is one of only a few in the world and the first to be managed by the IAEA. The project is part of Kazakh President Nursultan Nazarbayev’s vision for a nuclear weapons-free world, and it helps deter nations who want nuclear power from further developing nuclear weapons.

Congress of Leaders of World and Traditional Religions 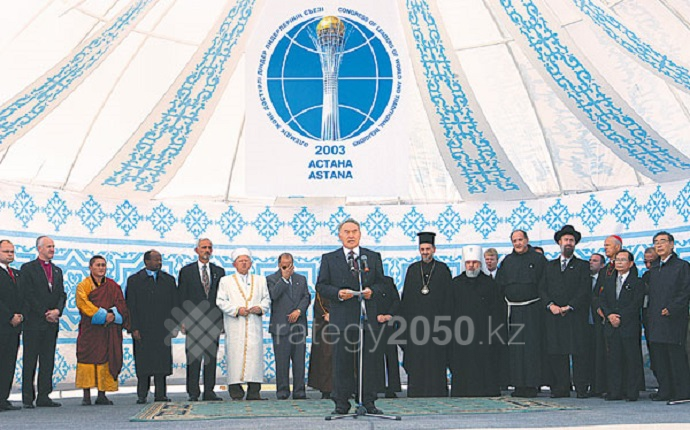 Conference on Interaction and Confidence-Building Measures in Asia

The idea of ​​convening the CICA was announced by the President of Kazakhstan at the 47th session of the UN General Assembly in 1992. The first summit was held ten years later - in 2002 in Almaty. The CICA platform has become a new format of security cooperation in Asia because in the face of new challenges and risks the organization allowed to provide an effective mechanism of preventive diplomacy, collective search for solutions to the regional security.

Astana summit of the Organization for Security and Cooperation in Europe

The OSCE summit was held in Astana in December 2010. 30 Heads of state and government took part in the meeting. As a result, Astana Declaration was adopted, which confirmed the norms, principles and commitments underlying the organization. Kazakhstan became the first country in the CIS and Central Asia, who led the Organization for Security and Cooperation in Europe. The chairmanship of our country in the OSCE has become the recognition by the international community of its authority and significant achievements. 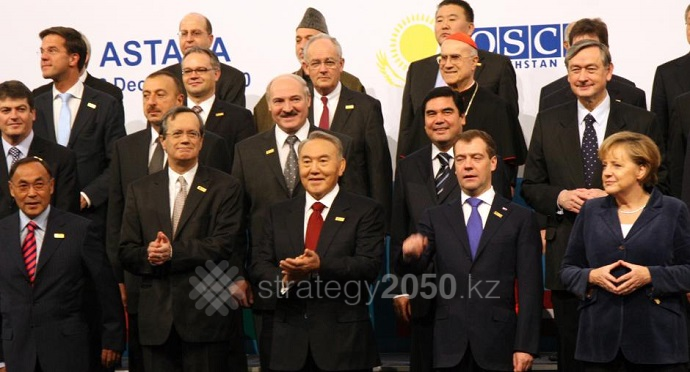 Having pointed to the inefficiency of the format of G-20 and G-8 President Nazarbayev in December 2011 proposed a new communication platform - G-global. This initiative was announced by him at a solemn meeting dedicated to 20th anniversary of Independence of Kazakhstan. According to Nursultan Nazarbayev, the platform G-global should ensure the fairness for global solutions. In addition, the President expressed the view that the world politics today should develop new global principles.

Code of Conduct Towards Achieving World Free of Terrorism

Development of the document was initiated by Head of State Nursultan Nazarbayev in September 2015 at the 70th session of the UNGA. On 29 September 2018 the Code was signed by foreign ministers and high-ranking officials of more than 70 states of the world at the UN Headquarters. The main goal of the Code is to give an impetus to practical implementation of the wide range of international obligations on counterterrorism and establishment of the wide global collation for the world free of terrorism by 2045. The Code for the first time ever recognizes interdependence of security, war on terrorism and development and contributes thus to promotion of SDGs. 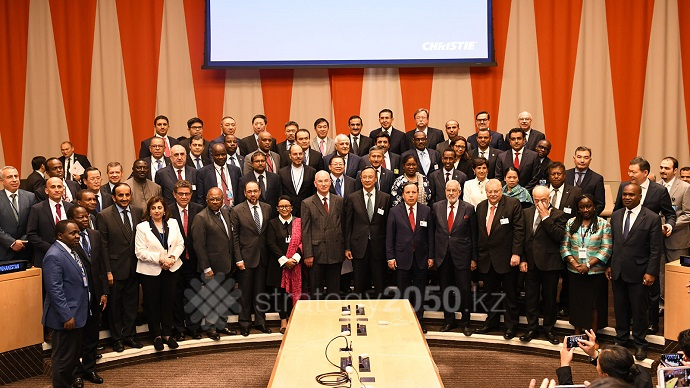