Head of State Nursultan Nazarbayev held a number of meetings in Ankara, during which the sides discussed the issue of the prospects of development of trade and economic cooperation between Kazakhstan and Turkey, the press service of Akorda informed. 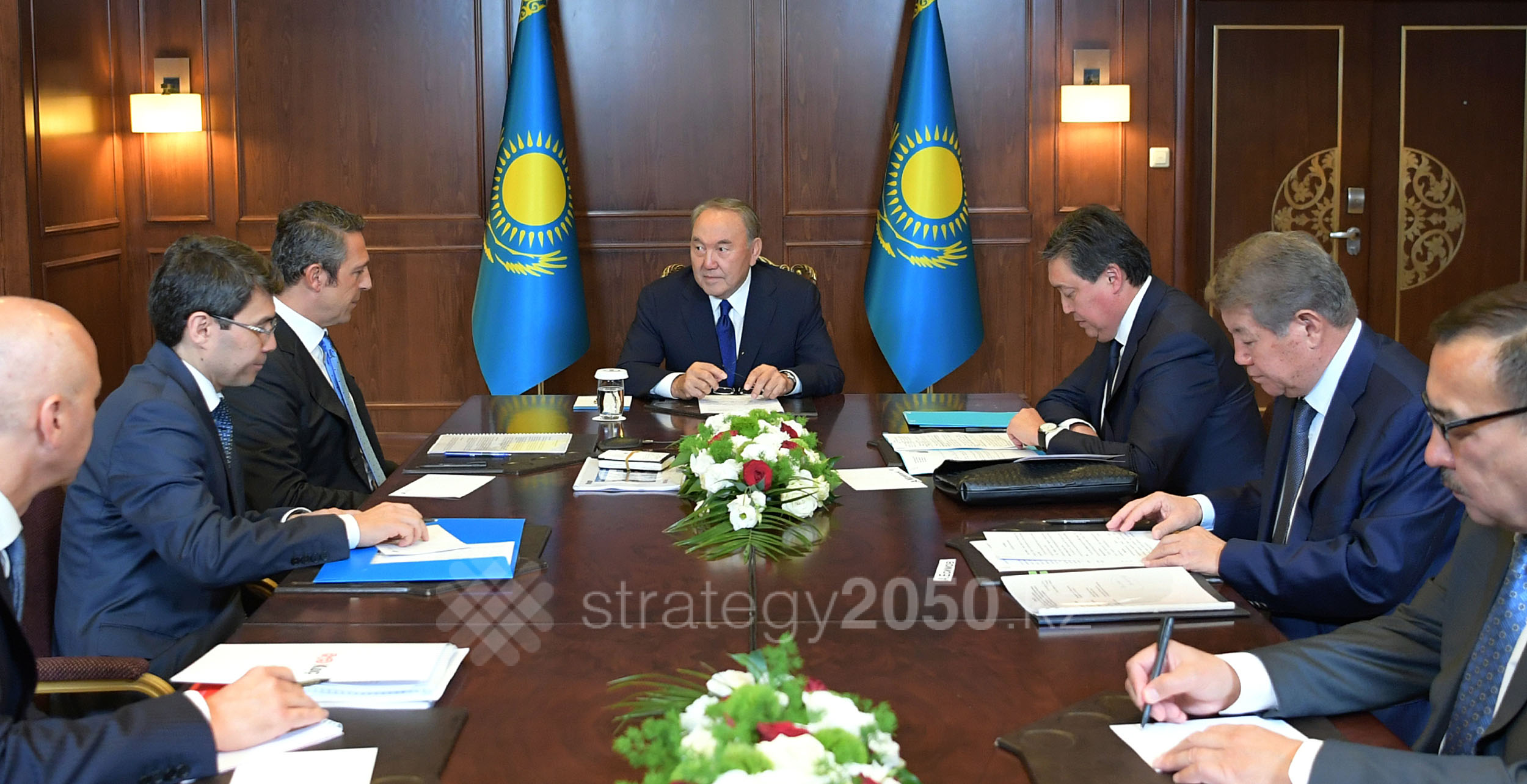 Thus, Nursultan Nazarbayev met with CEO of Koç Holding Ali Yildirim Koç. During the meeting, the parties discussed the prospects for the development of trade and economic cooperation and the implementation of investment projects in Kazakhstan.

The CEO of Koç Holding expressed interest in implementing projects in the defense industry and other production sectors of the economy.

The Head of State noted that today the Turkish company is already operating in Aktobe region and expressed support for investors' plans to strengthen further economic cooperation between the two countries.

In addition, a meeting was held with Oyak Holding Chief Executive Office Suleyman Erdem. During the meeting, the parties discussed prospects for implementing investment projects in various sectors of the economy. The Oyak Holding Chief Executive Office spoke in detail about the company's activities and expressed interest in developing business in Kazakhstan.