President of Kazakhstan Nursultan Nazarbayev on invitation of his colleague Sooronbay Jeenbekov participated in a solemn ceremony of opening of the III World Nomad Games in the city of Cholpon-Ata, the press service of Akorda reports. 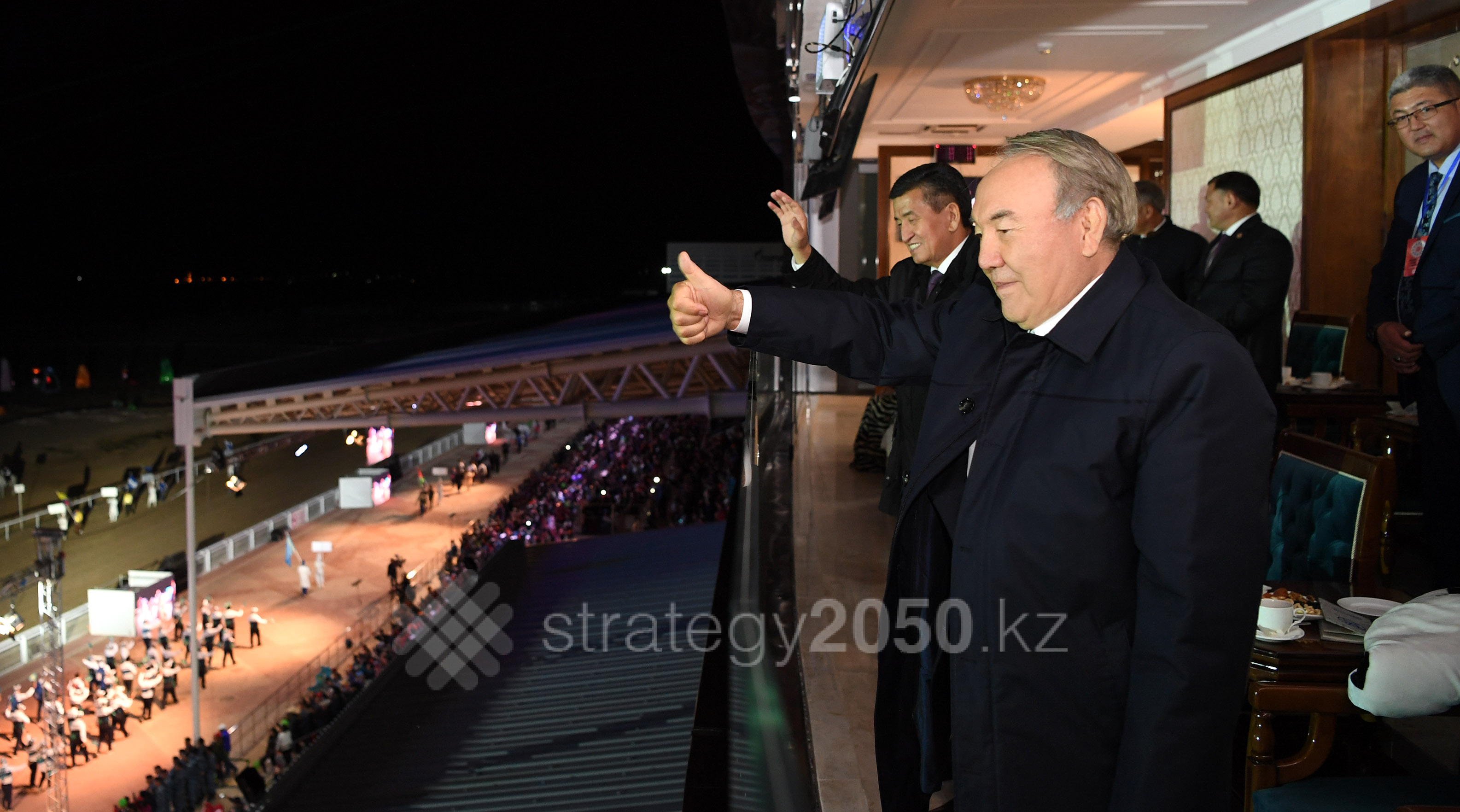