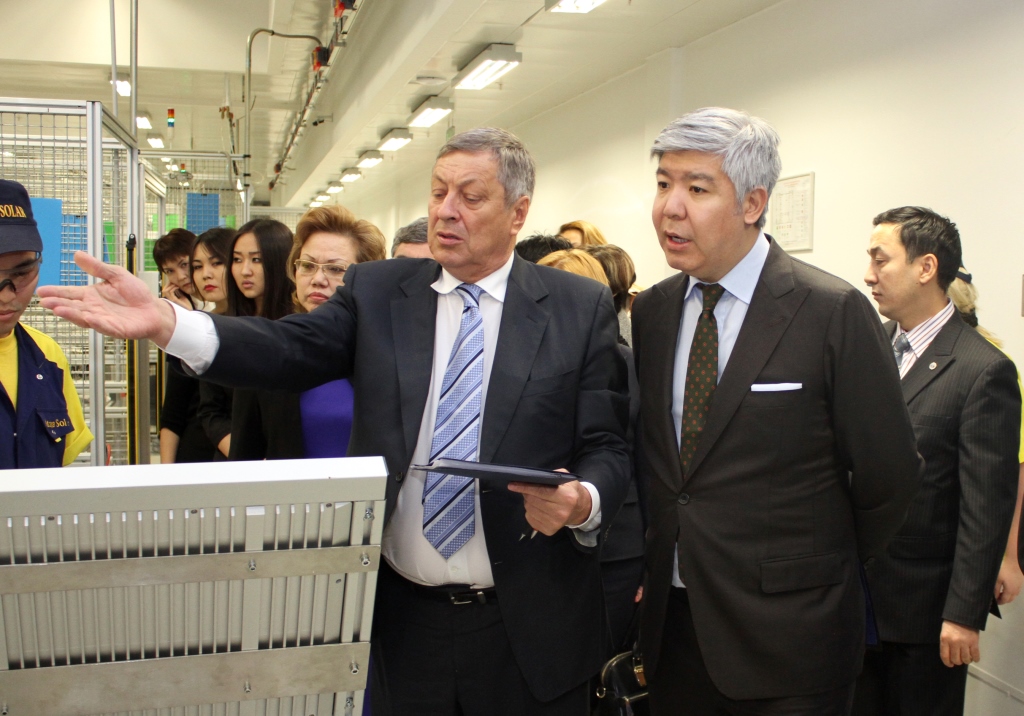 “Astana solar plant is the first plant in Kazakhstan for the production of photovoltaic modules that reaches design capacity 5- MW. The cost of 1 MW of established capacity will be not more than 2 dollars of U.S. till the end of this year we plan to produce solar panels 37 MW,” Zhanfgaziyev added.

As reported earlier, Astana Solar plant was launched in December 2012 with the participation of the Head of State Nursultan Nazarbayev.

In 2013 LLP “Astana Solar” produced 35 thousand solar panels, which corresponds to 8 MW of electricity. Kazakh companies conclude contract for 62% of them

In addition, an excursion of the plant was organized within seminar "Green" economy: energy efficiency and saving" held on Thursday in Astana.