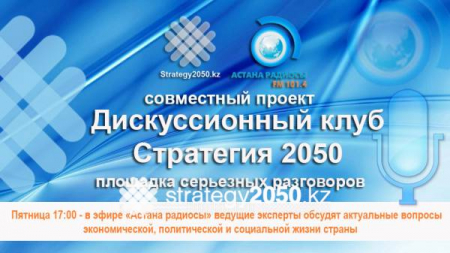 In recent years, the concept of public-private partnership has appeared, which began to perform certain functions of the executive power. Thus, indicators of partnership between the public and private sectors are kindergartens, polyclinics and other social facilities built in the regions.

Why does the public sector not work directly with entrepreneurs? What are the main objectives of public-private partnership? What has been done to implement this mechanism? These and other topical issues will be discussed by experts at the platform of the Discussion Club "Strategy" today. The meeting will be attended by government officials - representatives of the Ministry of National Economy of the Republic of Kazakhstan, private sector - the Center for Private Partnerships.

The work of the club will also be spread on the pages of our social network.