The State Program of Industrial and Innovative Development of Kazakhstan for 2015-2019 (SPIIID) stands out among many important state programs in the country. The history of the program began in 2010, when the first five-year program until 2014 was announced. Read the review about the development of the SPIID today by a correspondent of "Strategy2050.kz" Information Agency. 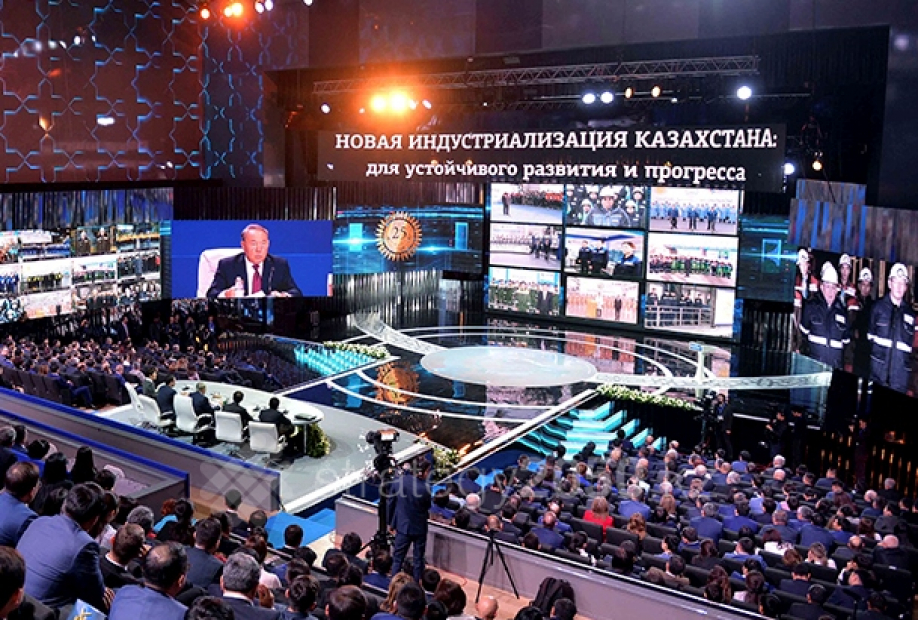 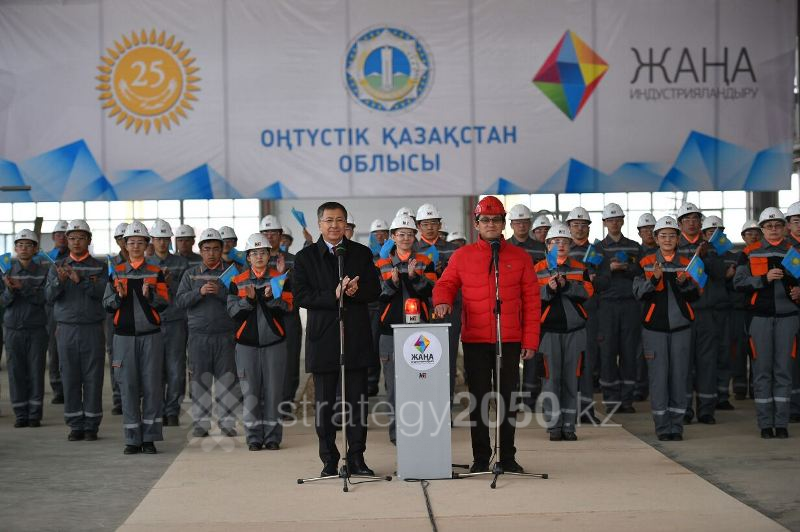 The Head of State in his speeches always notes that the state program of industrial and innovative development of Kazakhstan for 2015 - 2019 is able to lead Kazakhstan to the number of developed countries and raise the living standards of the population. Therefore, the full implementation of the program will stimulate the competitiveness of the manufacturing industry, increase the labor productivity and the export of processed goods.

It should be noted that in 2016, according to the order of the Head of State, the State Program of Industrial and Innovative Development of Kazakhstan for 2015-2019 was updated. 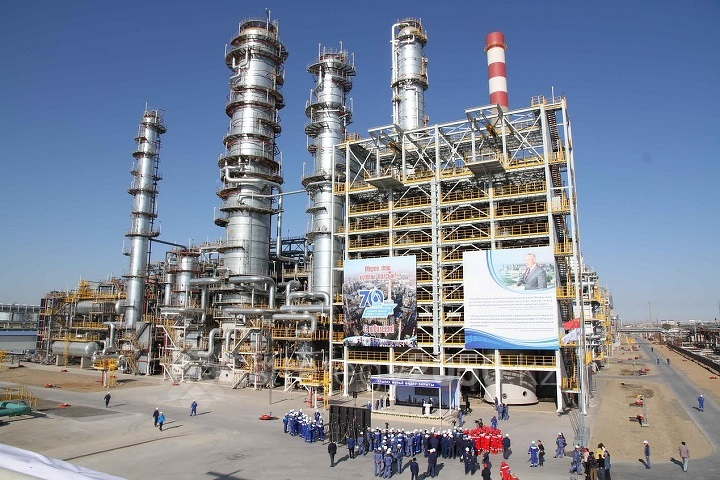 In general, for the first five-year period of industrialization, from 2010 to 2014, 770 projects amounting to 3 trillion tenge have been introduced within the Industrialization Map. 76 thousand permanent workplaces have been created.

Since the beginning of the implementation of the second five-year plan, starting from 2015 to January-October 2017, 320 projects have been put into operation in the amount of about 2.5 trillion tenge, while 25.5 thousand permanent workplaces have already been created.

According to the Ministry, in 2016, 6 new large-scale production facilities were created in 4 sectors of the manufacturing industry (metallurgy, oil refining, machine-building, construction industry) in the total amount of 154.9 billion tenge as part of the creation of new points of the industrial growth through the implementation of large industrial projects. 7 investors from the list of companies included in Global-2000/TNC were attracted for the implementation of the major projects. 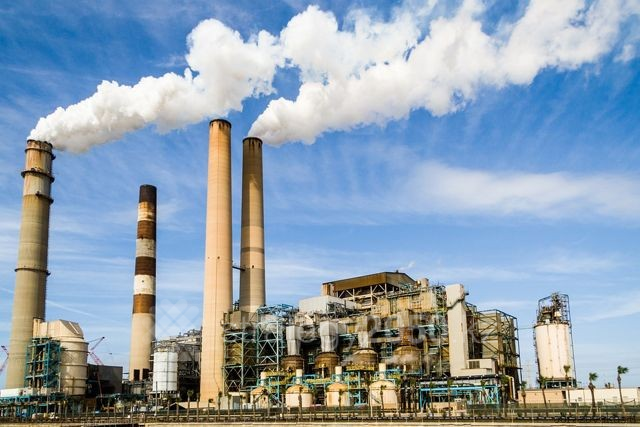 At the end of 2016, there were tasks for the next year. So, it was planned to build such projects as a complex for the production of wheels for railway use "Prommashkomplekt" LLP (Pavlodar region) and a plant for production of sheet glass (Kyzylorda region). All of them have been implemented.

As a whole, according to the information of the Ministry for Investment and Development of Kazakhstan, in the framework of the Industrialization Map in 2016 130 projects were introduced to the amount of 878 billion tenge and more than 10 thousand permanent jobs were created. 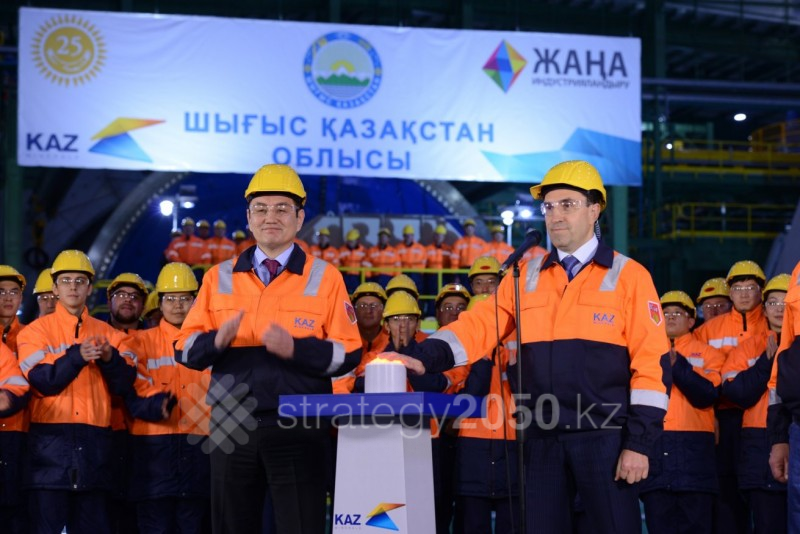 On December 6, 2016, a number of industrial and infrastructure projects were launched during a teleconference with the participation of Head of State Nursultan Nazarbayev. Through the online broadcast, 23 projects were launched or started in different regions of the country. Among them there were such projects as the reconstruction of roads "Almaty-Kapshagay" and "Astana-Temirtau", the construction of the electric line "Ekibastuz-Semey-Ust-Kamenogorsk", the ferry complex in the port of Kuryk, the production of model shoes in Almaty. "Bayan Sulu" confectionery plant also launched a new line for the production of biscuits, which was equipped with the high-performance modern equipment, with a capacity of more than 5 thousand tons of products per year.

"As for today, according to the SPIID, in January-October of 2017, 62 projects for the amount of over 850 billion tenge have been introduced and more than 4.5 thousand jobs have been created", the Ministry noted.

Minister for Investment and Development of Kazakhstan Zhenis Kassymbek notes that the work is also underway to amend the legislation on special economic and industrial zones in terms of simplifying the procedures for allocating lands, granting preferences, and reducing administrative barriers.

According to him, the Ministry must consolidate the achieved results on the growth of manufacturing industry and create the preconditions that this growth in the future not only preserved but also increased. Therefore, in order to realize the main tasks of the second five-year plan by the end of the year, the Ministry has to complete the work on adopting a set of measures for the technological re-equipment of the basic industries.

Let's note that 20 more projects will start their construction this year.

We mustn’t forget that absolutely modernized, digital technologies for the high-quality production and competitiveness in the world market are introduced.

The use of digitalization in part influences the economic effect and competitiveness in the world market.

According to experts, 4.0 is not only the modern and digital technology but also it gives an opportunity to increase the production by 25 times and reduces the cost.

We can once again give an example. "ERG" company in our country is starting to implement a smart quarry system, in which there will be fully automated control over the technological process to the point where a transport complex will be observed.

At the same time, it is planned to implement pilot projects to create model digital factories using industry technologies 4.0.

Afterwards, in 2019-2021, a number of comprehensive measures will be adopted that will motivate large and medium-sized companies and introduce digital technologies in their own production.

In Kazakhstan, along with this, a project "Intelligent Transport System" is implemented, which will combine the functions of video surveillance of traffic management, alert drivers about weather conditions and electronic payment for transportation services. According to some calculations, this will increase the transit flow by 10% by 2022.

It should be noted that this year a cement plant has been launched within the framework of the Industrial and Innovative Development Program in Akmola region. A factory for the production of marble flour has been opened in the city of Karatau, Zhambyl region. Also nowadays in Stepnogorsk city three gold-recovery factories are built.

On December 6 this year, the teleconference will traditionally be held, where the results of the industrial and innovative development of 2017 will be summed up. In the framework of the Industrialization Day, 18 projects are planned to be launched online.

What important factories for Kazakhstan will be launched on the next teleconference, we will see tomorrow because the objects to be launched are kept secret until now. The future enterprises will also give impetus to the development in the industry as a whole and will provide new and promising jobs for Kazakhstani people.

Photo from the open sources