During the development of the Strategic Plan more than 100 global megatrends were studied and 3 scenarios of global development were compiled. Minister of National Economy Timur Suleymenov presented the development plan at a meeting of the Government of Kazakhstan. 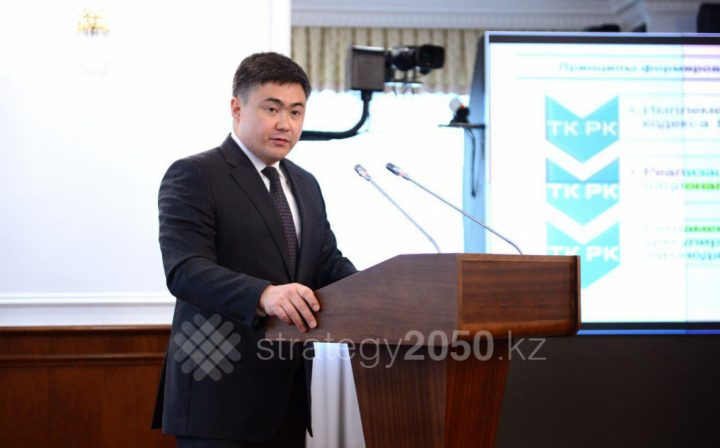 Timur Suleymenov noted that within the base scenario the economy was expected to grow at a level of at least 4.5-5% of GDP until 2025.

"The GDP growth does not fully reflect the level of real welfare of citizens. Therefore, we have identified a set of key national indicators that reflect these three important components: the growth rate, the quality of growth and the quality of life", the Minister said.

According to him, the key national indicators are divided into 13 spheres of measurement and include 38 indicators, and specifically international ratings.

"To achieve the goal of becoming one of the 30 developed countries of the world until 2025, we need to ensure: the GDP growth per capita to 46,100 dollars for PPP, increase in labor productivity by 4.7% on average per year", T. Suleymenov noted.

In turn, to measure the quality of growth, it is envisaged: an increase in the share of non-primary exports of goods and services from 44.6% to 50% of the total volume of exports; growth in the share of SMEs in GDP from 26.8% to 35% of GDP; growth in investments in fixed assets from 16.4% to 19% of GDP; growth of the loan portfolio in the national currency from 18% to 50% of GDP.

The Minister stressed the need to improve the welfare of the country. So, it’s necessary to increase the expected life expectancy from 72 to 75 years.

"It is also necessary ​​to increase the share of income of the poorest 40% of the population from 22.8% to 27%; the quality of secondary school education according to PISA tests from 450 to 490 in three subjects; reduce the energy intensity of the economy by 40% (from the level of 2008); reduce the development gap between the regions by GRP from 3.2 times to 2.7 times", T. Suleymenov said.

In addition to quantitative indicators, 6 most recognized global ratings will be used to monitor Kazakhstan's progress towards entering the 30-strong developed countries of the world.

"This is the Global Competitiveness Index of the World Economic Forum, the United Nations Human Development Index, the Transparency International Corruption Perceptions Index, the Rule of Law Index, the OECD Competitive Environment Index and the Economic Complexity Index", the Minister said.

In addition, Timur Suleymenov informed that the Strategic Map will be developed in order to achieve key national indicators. It will contain their decomposition according to the levels of documents broken down by spheres, sectors, regions.