N.Nigmatulin: There must not be uncontrolled funds 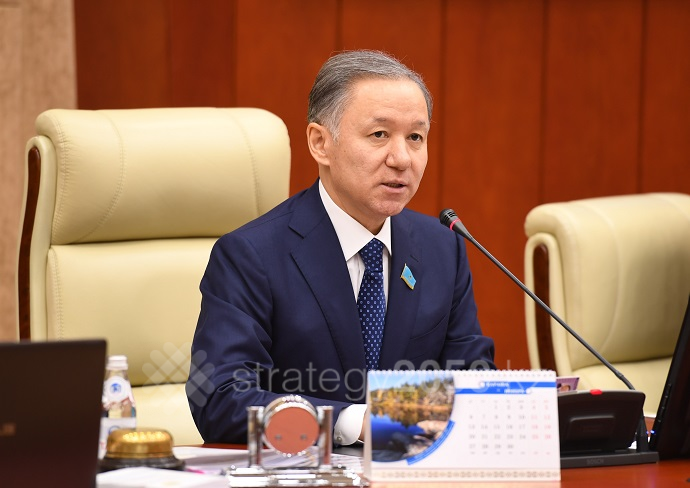 The draft law, in particular, regulates that the control order over the targeted and efficient use of funds of the republican budget, allocated to the International Financial Center "Astana", is defined by a joint act of the Governor of the AIFC and the Ministry of Finance.

In this connection, the Deputies had a question about the control of budgetary funds, allocated for the activity of the International Financial Center, the Accoount Committee.

"No one should have a thought, especially the leadership of the AIFC, that self-dependence of the Center means the absence of responsibility for the use of funds from the state budget", speaker of the Mazhilis Nurlan Nigmatulin said.

N. Nigmatulin has mentioned that the Account Committee will conduct the permanent control over the use of funds from the budget, allocated to the AIFC.

"There must not be uncontrolled money, we should better remember it", the speaker of the Mazhilis said concluding his speech.

It is planned to introduce amendments to the constitutional laws, focused on ensuring the fullest implementation of the constitutional norms, defining the order of replacing posts, directly related to organizational provision of justice, as well as improving the structure of the bodies of the International Financial Center "Astana" and the order of appointing judges at the court of the Center.