The Kazygurt district, South-Kazakhstan region, held an official ceremony of launching the production facility of "Otyrabat-Kurylys" LLP for the production of gas-concrete blocks . 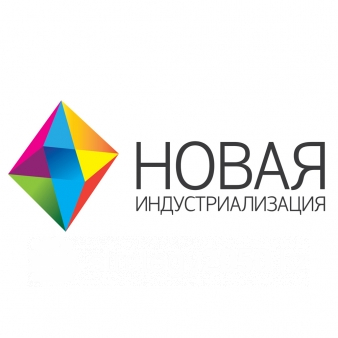 According to the regional Governor's Office, this project is being implemented in the industrial zone of the district in the framework of the industrial-innovative development program. The plant intends to produce 12,000 cubic meters of aerated concrete blocks per year.

Having familiarized with the work of the plant, Governor of the region Zhanseit Tuimebayev emphasized the importance of this project.

"A good event in the field of production was the launch of a plant for the production of gas-concrete blocks for the needs of the district and close areas. For the construction industry, this is an important project, the cost of which is 120 million tenge. I support this initiative. At present ten projects for the amount of 7 billion tenge are being implemented in the industrial zone of the district. When all projects are implemented, the economy of the district will begin to grow, and residents will be provided with work", Zh. Tuimebayev said.

Along with this, the Governor instructed to develop this direction in the close neighbouring areas with Shymkent, along the Silk Road and the "Western Europe - Western China" road.
We note that because of the use of advanced innovative technologies and the use of high-quality raw materials, plant's products will meet the highest international standards. The plant intends to produce annually 12 thousand cubic meters of products, or 336 thousand units of aerated concrete blocks. The size of a block, which is effective in construction, is 30 cm in width, 40 cm in height and 60 cm in length. The enterprise's products will be used in the construction of multi-storey residential buildings.

At the same time, during the trip to the Kazygurt district, the Governor of the region visited and got acquainted with the work of the confectionery workshop capable of producing 25-30 tons of sweet products per year. A total of 10 people work in the workshop. Having positively evaluated the work of individual entrepreneur G. Beisebayeva, the Governor of the region wished success to the work.

The project cost is 80 million tenge. To implement the project, the entrepreneur received financial support within the framework of the regional financing program "ONtustik onimderi" and the program "Business Roadmap - 2020". For the production of confectionery products, Gulziya Beisebayeva brought equipment from Turkey. According to her, all favorable conditions for entrepreneurial activity have been created in our country.

Also, the Governor of the region visited a small hydroelectric power station in the Kazygurt district capable of producing 63.2 million kWh of electric power per year. For today, the enterprise passed all the tests and began to generate electricity. To connect to the electric network of the settlement of Kyzylsengir, the power plant sells electricity for "Ootustik zharyқ" at a price of 16.71 tenge per 1 kW.

The project of the limited liability company Salem Consultinq at a cost of 400 million tenge is located in the Ulken kesken channel within the district. 12 people are permanently employed at the hydroelectric power station. This power station covers one fifth of district's electricity needs.