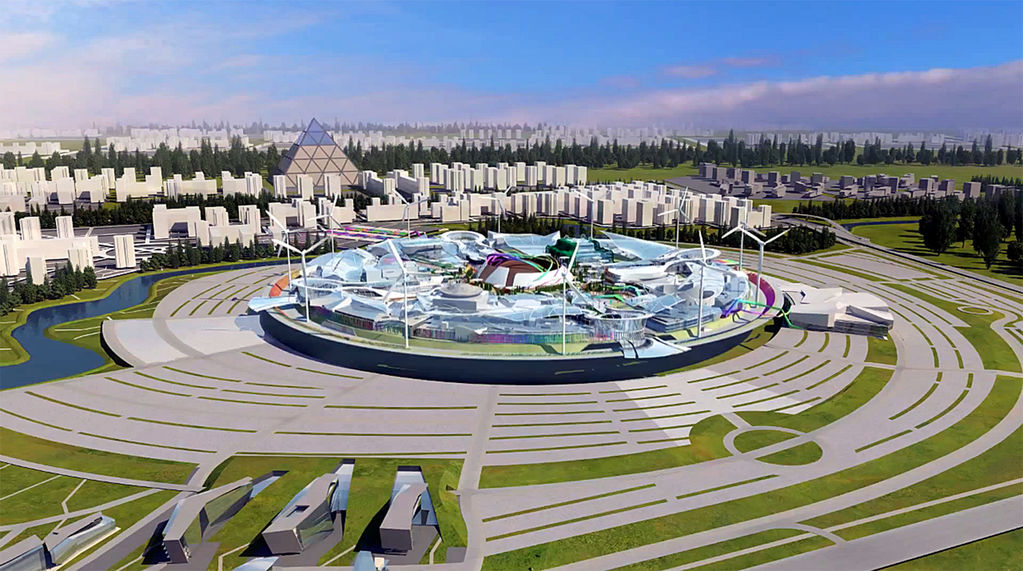 Ambassador Soni said firstly that by hosting Expo 2017, Kazakhstan would be able to brand itself internationally, in the same way that South Africa was able to brand itself when it hosted the 2010 FIFA Soccer World Cup.
Secondly Ambassador Soni said that Kazakhstan would enjoy an increase in its tourism figures. Kazakhstan is situated in the centre of the Eurasian continent and this holds great interest to foreign visitors.
Thirdly, the subsequent infrastructure development that will precede the EXPO 2017, will act as catalysts for the further development of business and the increase of foreign investment into the country. Other fields of the economy that would also benefit will be the creation of jobs, through the creation and further development of local industry, especially small businesses.
Fourthly, an event such as this can bring the peoples of a country together when they all celebrate the event and work toward one goal. This has a tremendously positive effect on the psyche of a country and its peoples. It consolidates the people of the country into a single team. Even dealing with the problem of crime was a united effort of all South African which proved to be very successful. Hosting the Expo 2017 will contribute to the consolidation of the civil society in Kazakhstan.
In sharing the joy of Kazakhstan’s victory to host the Expo 2017 Ambassador Soni assured Kazakhstan of the support of the African continent and in particular of South Africa. South Africa’s foreign policy is very simple as it gives its vote to developing countries. During the bidding period for the Expo 2017, South Africa went all out to support Kazakhstan and if you would look at the ratio of numbers during the voting process (103 and 44) it is evident that Kazakhstan has the support of many countries internationally. This victory demonstrates the international prestige of Kazakhstan and the great role of its leader, President Nursultan Nazarbayev. Ambassador Soni said that he was confident that the success of the Expo 2017 in Astana will strengthen the authority of Kazakhstan on the world stage and will contribute to the development of the country and innovation even more dynamically.