Kazakh President got familiarized with the life and creative work of the French politician, commander and emperor Napoleon Bonaparte at the solemn opening of the exhibition “Napoleon. Life, Legend” at Palace of Independence in Astana. 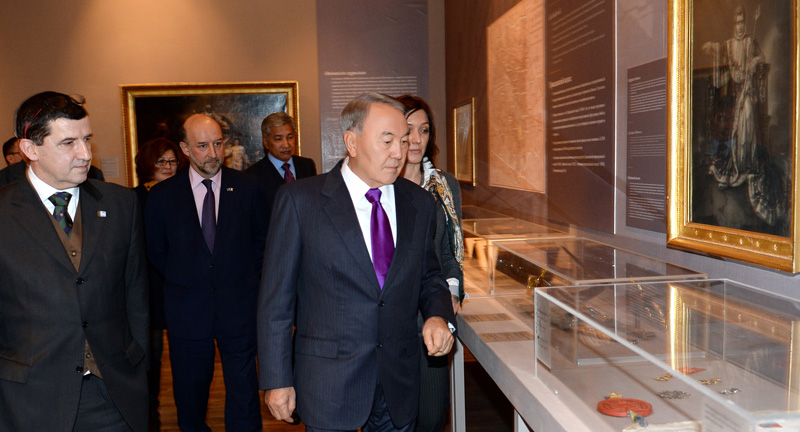 President of Kazakhstan  attended the exhibition “Napoleon. Life, Legend”, having familiarized with  unique showpieces of the cultural heritage of the French politician, commander and emperor Napoleon Bonaparte.

About 300 showpieces were presented  at the exhibition.

The exhibition is organized by the Union of National Museums and the Grand Palais, as well as Napoleon Fund at the initiative of the French Embassy in Kazakhstan and supported by Astana city administration.