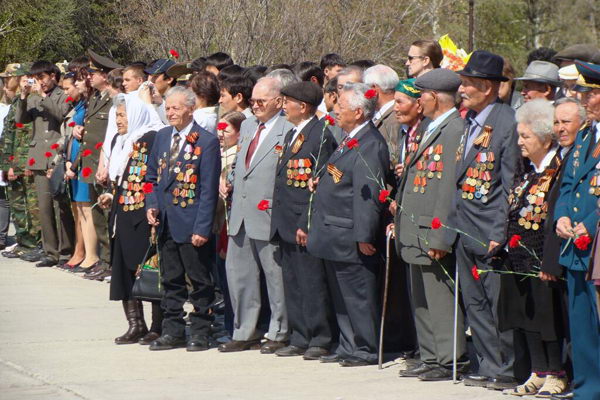 “Currently, 850 veterans of the Great Patriotic War live in the cities and villages of East Kazakhstan region, where 27 survivors of Leningrad blockade, 36 widows, 500 prisoners of war stockade, and 2018 war workers, which received state awards of the USSR.

Among our compatriots there are 106 Heroes of the Soviet Union, 24 Full Cavalier of the Orders of Glory. 172 memorial and monument complexes, 233 obelisks were erected in their memories in East Kazakhstan region,” a statement reads.

According to the Chairman of the Regional Council of Veterans Gennady Berdyugin, by Decision of the Council of Heads of CIS States 2015 is declared the Year of the veterans of the Great Patriotic War of 1941-1945.

Besides the preparation for the anniversary of the Great Victory, the urgent problems of veterans, such as medical care and home DIY were discussed at the IV plenum of the regional veterans organization.