The ATOM Project presentations and art exhibitions of the Honorary Ambassador of the ATOM Project Karipbek Kuykov took place in Hiroshima and Nagasaki on Nov. 20-21 drawing warm response and firm support for this international initiative by the President of Kazakhstan, the press service of Kazakh MFA reported. 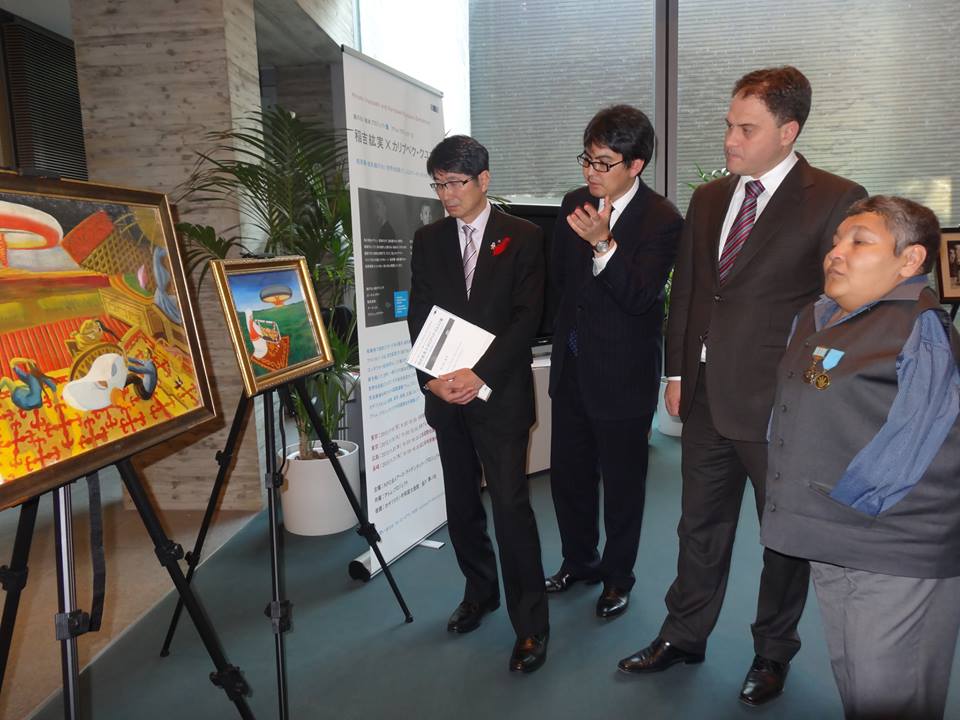 Mayor of Hiroshima and President of the International Mayors for Peace Movement Kazumi Matsui, Chairman of Hiroshima Peace Culture Foundation and Secretary General of Mayors for Peace Yasuyoshi Komizo, representatives of municipal governments of the prefecture and the city of Hiroshima, the media and regional anti-nuclear weapons associations participated in the event organized by the Embassy of Kazakhstan in Japan, the ATOM Project and a Japanese NGO, “Earth Identity Project”at the International Conference Centre Hiroshima on Nov. 20.

In his opening speech, Kazumi Matsui stressed the importance of close cooperation between Japan and Kazakhstan in maintaining and strengthening the world peace. Speaking about the value of civil initiatives launched by the two states in order to achieve global nuclear disarmament, Kazumi Matsui expressed his solid support for the ATOM Project, initiated by President Nursultan Nazarbayev.

Addressing the distinguished audience, Karipbek Kuyukov described his life experience and talked about initiatives of the President of Kazakhstan in nuclear disarmament, beginning with his landmark decision to close down the Semipalatinsk nuclear test site. The artist noted that the ATOM Project launched by the head of state on August 29, 2012, allows citizens of the world to contribute to building a future without nuclear weapons.

On Nov. 21, the ATOM Project events continued in Nagasaki where meetings were held at the Nagasaki National Peace Memorial Hall for the Atomic Bomb Victims. The Kazakhstan delegation laid flowers to the memorial bearing the names of those who died because of the bombing.

Kazakhstan representatives spoke of the country’s actions both at state and civil society level receiving warm response and expressions of readiness to work together in the future.