Assistant Administrator and Director of the Regional Bureau for Europe and the Commonwealth of Independent States (RBEC) Ms. Cihan Sultanoğlu gave an estimate to Kazakhstan’s progress and its role in Central Asian region during the visit to Kazakhstan on October 22-25, 2013. 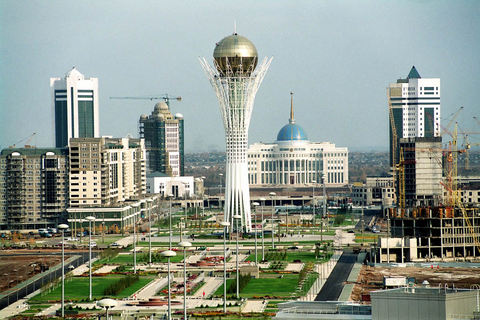 Today, Kazakhstan, as upper middle income country, becomes leader of regional development, sharing the experience with the other countries.

“The UNDP supports a number of initiatives in this direction:  “Green bridge” Partnership program, regional hub in public service sphere and others,” Ms. Sultanoğlu noted.

Besides,Cihan Sultanoğlu noted Kazakhstan always was a good example – since independence the country embarked on the course of the intensive development and demonstrated steady economic and social progress and the significant growth of GDP.

Working for 20 years in Kazakhstan, we have a reasonably fair idea of Kazakhstan’s potential,” the RBEC Director added.

The visit of RBEC Director was coincided with the 20th anniversary of UNDP in Kazakhstan.

During the visit the RBEC Director is expected to meet with representatives of the Kazakh Government in particular, with Vice Minister Yerbol Orynbayev and Deputy Minister of Foreign Affairs Alexey Volkov.

The UNDP works in Kazakhstan since 1993. For 20 years, more than 170 projects amounted 70 billion dollars were realized by the organization and the Government of Kazakhstan.