The Business Road Map – 2020 Program that is implemented n Kazakhstan in order to support domestic business gathers pace. Managing director, member of the board of “Damu” Entrepreneurship Development Fund Gabit Lesbekov told about the promising directions of the Program and the results achieve over three years of its implementation. 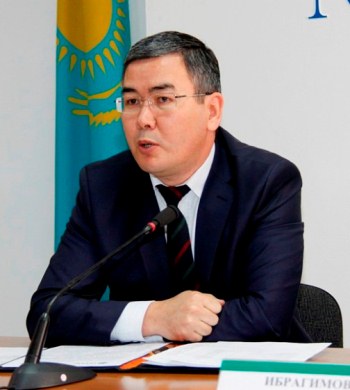 What are the results of the Business Road Map Program – 2020 implementation?

We can confidently state that the “Business Road Map – 2020” project meets the expectations of the country’s authorities. The Program was adopted during tough crisis times and presently brings weighty results. 136 thousand jobs were preserved and 31 thousand new jobs were created over three years of the program implementation. According to the recent statistical data, the business activity of the population increases. The measures taken by “Damu” Fund plaid an important role in this process as well. The  Fund has set new goals now – to develop the business culture to the international level.

Has any work on improvement of juridical and financial literacy of Kazakhstani businessmen been conducted?

Apart from the service support of businessmen, non-financial programs include teaching business fundamentals, preparation of top managers of small and medium business in Nazarbayev University and businessmen under the “Business Contacts” project.

What kind of support is rendered to entrepreneurs of remote districts and single-industry towns of the country?

12 entrepreneurs support centers were opened in single-industry towns last year within the program of single-industry towns development. Another 15 centers are planned to be opened this year. Consultants of service companies and other organizations working in the centers render free services to businessmen. Besides, mobile entrepreneurs support centers were launched at the end of the last year. The Fund implemented another unprecedented campaign – visits of consultants of the centers to the remote districts of the country. Mobile centers were also launched in Pavlodar, Kostanay, Karaganda, Zhambyl and South Kazakhstan regions on November 15.

How much subsidies have been already paid off within the program?