Eurasian Economic Union is not an attempt of Russian neoimperialism revival: expert

The Eurasian Economic union is not an attempt of revival of a certain neoimperialism by Russia, the director of Information and analysis center of studying of political processes in the Moscow State University former Soviet Union Alexey Vlasov said at the press conference following the results of meeting on safety discussion in Central Asia after NATO troops withdrawal from Afghanistan. 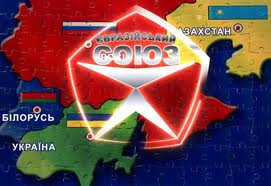 "The Eurasian Economic Union - some kind of modernization project turned to the Post-Soviet countries. Integration is a need and time influence. However the main problem of integration that it didn't become the public project. Now, there is a task to combine political and economic projects. For this purpose it is necessary that the CIS countries had information where and what advantage integration into EEC will bring," - he noted.

A.Vlasov noted that in Kyrgyzstan and Kazakhstan, unlike Russia and Belarus information promotion on integration into EEC goes poorly.

Safety in the countries of Central Asia, elimination of those threats which can arise after a conclusion of coalition forces became the main subject of "a round table".