Speech by President of Kazakhstan N.Nazarbayev at the meeting of the UN Security Council "The non-proliferation of weapons of mass destruction: confidence-building measures" 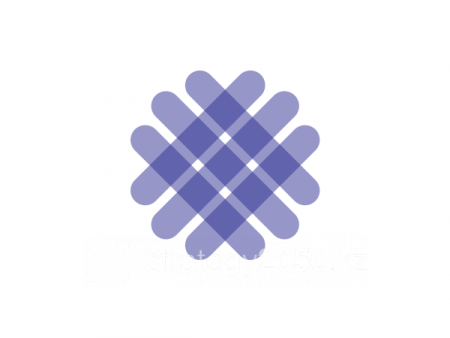 Esteemed members of the Council!

I am glad to welcome you to our thematic briefing. The election of Kazakhstan to the non-permanent members of the UN Security Council and our current presidency are regarded as the confidence of the world community in our country and in its peace-loving policy.

Being the first Central Asian state in this position, we became a "voice" of the peoples of our region in this important body of the World Organization.

Chairing the Afghan Support Committee/ the "Taliban", IGIL/DAISH and "Al-Qaida", Somalia/Eritrea, we are making our contribution to their fruitful work.

I express my gratitude to all the member states of the Council for their close cooperation.

Today's event is central in the course of Kazakhstan's chairmanship in the UN Security Council and it is specifically devoted to one of the most pressing topics of today's global agenda.

During the 47th session of the UN General Assembly, I proposed to create a regional structure on security and confidence-building measures in Asia.

As a result of the painstaking diplomatic work, this mechanism was created. At present, the CICA successfully operates, uniting 26 states of the region.

After a quarter of a century, I again appear in the UN on behalf of Kazakhstan as a non-permanent member of the Security Council.

But I have to state that the issue on increasing mutual trust both between some countries and at the global level remains acute and becomes more urgent.

Confidence measures must remain on the agenda as an essential element in maintaining a global security architecture, consolidating peace throughout the world.

Firstly, the confidence measures were justified in the process of preventing the threat of total destruction in the second half of the 20th century, when humanity was on the verge of a new large-scale war.

The UN Charter states that our main task is "to save subsequent generations from the scourge of war".

For a quarter of a century in the UN system, my country has come a rashed way - from the owner of the world's fourth nuclear arsenal to the country-leader of the global non-proliferation, closing the world's largest nuclear test site in Semipalatinsk.

Nuclear disarmament and renunciation of the status of a nuclear power was our conscious, sincere choice, a voluntary act supported by all Kazakhstanis and appreciated by the world community.

Today, our country is a party to all fundamental international treaties in the field of nuclear safety and it has legally consolidated its non-nuclear status.

Secondly, the atmosphere of mutual trust can contribute to the formation of a new model of international cooperation.

The opening of the IAEA Low Enriched Uranium Bank is a vivid example and practical embodiment of such cooperation. In this way, Kazakhstan has made its next contribution to strengthening the non-proliferation regime and the safe use of uranium for peaceful purposes.

Thirdly, the non-nuclear path of Kazakhstan can become an example and serve as a practical guide for other countries.

We created and strengthened our independent country, achieved its high international authority, having renounced nuclear weapons and having received guarantees of non-aggression from nuclear powers. We call for the leadership of North Korea to follow our lead.

Fourthly, current possibilities of the scientific and technological progress and realities of globalization make the task of WMD non-proliferation a matter of the human survival.

The increase in the number of countries possessing WMD creates the risk that nuclear, chemical, biological and radiological weapons will fall into the hands of destructive forces.

The current legal framework for ensuring nuclear security could not prevent the expansion of the "nuclear club of powers" at the end of the 20th century.

I believe that the much-needed strengthening of the non-proliferation regime based on the Treaty on the Non-Proliferation of Nuclear Weapons (NPT) requires profound mental changes, new multilateral political decisions.

In order to strengthen confidence in the field of non-proliferation, I propose the following measures.

Firstly. I consider it necessary to complicate the disaffiliation with the NPT.

The example of the DPRK can push other countries with the ambition to possess nuclear weapons to such a step.

Without questioning the NPT, I propose to consider the possibility of developing a special UN Security Council resolution that will define clear consequences for those countries that violate the Treaty, including sanctions measures and coercive measures.

The second. It is necessary to work out a really working mechanism for applying tough measures against the acquisition and proliferation of WMD.

Such multilateral agreements should be approved by separate resolutions of the UN Security Council.

As the main measure to remove incentives for WMD possession, I consider it’s necessary to develop a legally binding system of guarantees for nuclear powers to states that voluntarily renounce the possession of nuclear weapons, as well as having a non-nuclear status.

The third. The success or failure of the process of modernizing the global security system directly depends on the ability of the world community to overcome militaristic anachronisms.

It is necessary to leave behind the division of countries into military blocs whose existence becomes provocative and meaningless.

This is the place where trust between states is needed.

My vision of the world's antiwar measures, I set out in the Manifesto "The World. The XXI Century", which proposes actions that contribute to build the world without nuclear weapons by the UN's 100th anniversary. If the world community supports, this goal is achievable.

The fourth. It is necessary to return the political confidence and system dialogue to the international life.

A good example of this is the Joint Comprehensive Plan of Action (JCPOA). The deal on Iran's nuclear program has demonstrated the possibility of a successful multilateral diplomacy in the field of non-proliferation.

It became a practical example of solving the most difficult issues through negotiations.

This agreement was made possible owing to an atmosphere of trust, in the creation of which Kazakhstan also contributed.

A similar constructive approach, in our opinion, can be applied to the settlement of the nuclear problem of North Korea.

As is known, current events on the Korean Peninsula demonstrate deep contradictions.

In this regard, we urge the sides involved to an early and constructive solution to the North Korean issue.

We support the provision of the "nuclear five" guarantees of the security of the DPRK as an important condition for creating an atmosphere of confidence and the return of Pyongyang to the negotiating table.

Kazakhstan is ready to provide a platform for negotiations, if necessary, among the sides involved.

Confidence-building measures are more relevant than ever for the Middle East, where today dramatic events take place.

The conflict in Syria has negative consequences far beyond the region.

It is important to note here that it was mutual trust that became the basis for the dialogue on the Astana platform, which makes its feasible contribution to the process of the Syrian peace settlement, complementing the Geneva talks. In Astana, seven such talks were held.

The fifth. One of the most effective means in the fight against the spread of WMD is the creation of nuclear-weapon-free zones.

This is also a form of collective trust.

I consider it important to continue efforts to create a nuclear-weapon-free zone in the Middle East.

I urge the sides concerned to resume work and I hope that the differences that remain between some countries will soon be overcome.

The sixth. Today, there is a risk of a new wave of the arms race with the use of new achievements.

In this regard, the international community should strengthen its control over the creation and dissemination of new military and information technologies.

I think that confidence-building measures are also necessary when formulating common approaches to the prevention of the militarization of outer space. These issues are worthy of a separate UN meeting.

The realities of today are such that many conflicts can be prevented and effectively resolved only if there is mutual understanding and mutual trust between the world nuclear powers.

They have the highest responsibility to humanity to prevent nuclear catastrophe. It is the largest nuclear powers that should be at the head of the struggle for a nuclear-free world, to show an example of the reduction of WMD.

But this does not mean that the rest of the countries should stay aside, that little depends on them.

The world community is a single body that is strong in its diversity that can survive and develop with balance and harmony among the nations and peoples that inhabit our planet.

That is why we must work together to achieve a safer world and a more equitable world order based on the supremacy of international law.

Certainly, the United Nations Security Council has a special role and historical mission in this matter.

I am convinced that in the 21st century, humanity is able to pass a worthy path to a world free from the threat of WMD.

I believe that the trust, will and intelligence of the world community multiplied by the energy of collective action will not allow our planet to step into the abyss of a global catastrophe.

Thank you for attention.