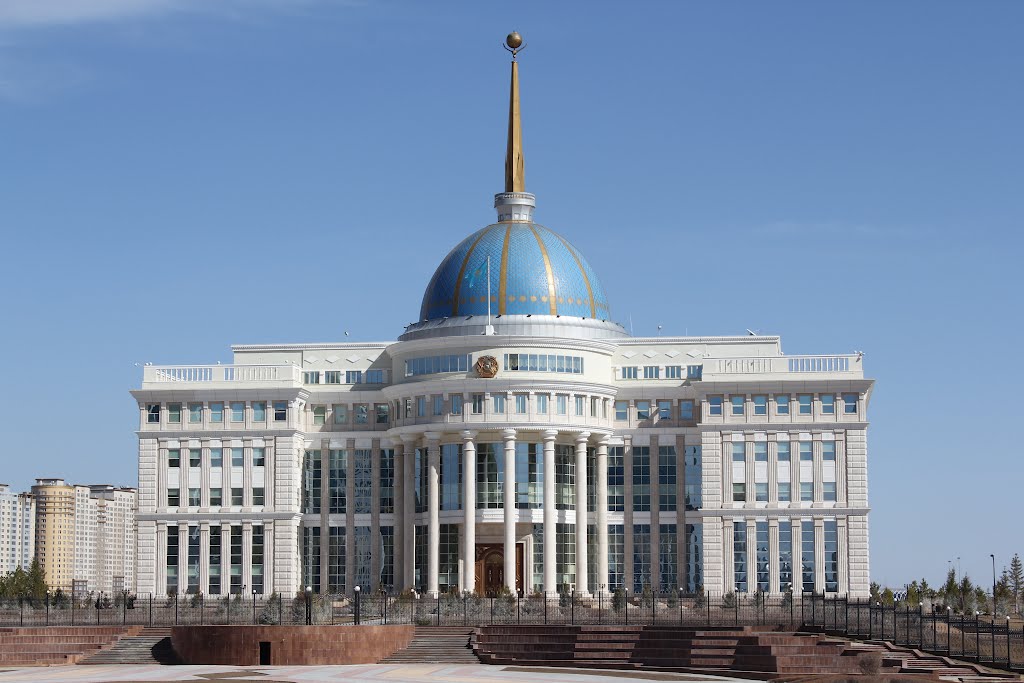 Nursultan Nazarbayev called the new Strategy our great historic opportunity. In  The Strategy -2050 10 global challenges of the XXI century are identified. By this year-end a 6% GDP growth is forecast, more than last year, and it is despite the volatility in global markets, he emphasized.

-20 million tons of grain has been harvested. Total foreign exchange reserves of the country are multiplying. This year, they exceed $ 90 billion, taking into account the National Fund’s assets. It is our response to any difficulties and turmoils that might befall the global economy. Our finished products are exported to 111 countries of the world: batteries, transformers, metal pipes, fertilizers, foods and other wares. New industries emerged that we’ve never had before, such as production of autos, locomotives, railway carriages and helicopters.

Under the industrial program more than 250 new products have been developed. These are HT products of engineering, pharmaceutical and chemical industries. There is every ground to expect a successful completion of the year in all major indicators. Implementing the Strategy -2050, our country must drastically change for the better. And it is up to the Nur Otan party to lead this entire grand-scale program.

In March next year, our party will turn 15 years old, the President reminded, flashing back to the atmosphere of its first congress, when the set targets and ambitions were far more humble compared to the current achievements. Thanks to the efforts of hundreds of thousands of the fellow-party members, Kazakhstan -2030 Strategy was implemented ahead of time.

Immense work has been accomplished to improve the lives of each family. Hundreds of new businesses and roads were constructed, hundreds of thousands of new jobs opened, as well as new kindergartens, schools, clinics, universities , libraries, theaters, stadiums, sports facilities. But the most important thing is boosting our people’s morale!

At present Nur Otan has about 900,000 members in its ranks. The party members constitute a majority in the Majilis of the Parliament, which is an important indicator of nationwide support, the President went on, urging to triple the energy of the party’s work.

“Kazakhstan-2050” Strategy is feasible, the President believes, only under political leadership of Nur Otan party. We accept the political doctrine, anchoring our ideals, values ​​and principles. Each Nur Otan member — from minister to rank-and-file member should clearly understand the meaning of the party’s leadership in the XXI century.

FIRST . Nur Otan should be the main patriotic force.

The most important mission of the party is to become a national center for the formation of a new Kazakhstani patriotism, proclaimed in the Strategy -2050.

SECOND. The party must always be a central link in the national unity, rallying the nation together.

THIRD. Nur Otan should always be the leader of the civil society.

It should develop teamwork with the Civic Alliance, as we have always done, to be a political conductor of all the patriotic NGOs’ interests. It is necessary to consistently strengthen and expand the national coalition Kazakhstan -2050. This work must not be slackened, the President cautioned.

FOURTH . The party should become the epicenter of the national economic and social innovation and generate bold, innovative ideas for the future.

Nursultan Nazarbayev re-emphasized that in the XXI century, creativity is a way to progress, which is why Nur Otan has to be a creative party and for this end enhance the interaction with the clerisy.

FIFTH . The leading party of the XXI century is the main tool of nation-wide control.

First of all, the Nur Otan faction has to make more use of the parliamentary and public supervision of the execution of the Strategy -2050.

The President revisited the need to levy indirect luxury taxes- on luxury estate, luxury cars and luxury articles. This also applies to alcohol and tobacco products. It is a civil and patriotic position, he added. Now when the wealthy class expands, they can and should contribute to the cause of social justice. It’s worldwide practice. But what do we have? A millionaire and an ordinary worker paying the same 10% income tax, he resented. He also called the party to expose and fight bribe-takers and corruption.

SIXTH . In the XXI century, youth-backed party alone will be leading.

Therefore, youth policy is identified as an important area of the ​​social upgrade. Jas Otan youth party has more than 200,000 members. Young people is our “gold reserve”, Nursultan Nazarbayev said.

SEVENTH. Nur Otan has to actively defend and promote our main foreign policy priorities that are well-known and that underpin the growing international standing of Kazakhstan.